On the occasion of the 16th Winter Meeting of the Parliamentary Assembly of the OSCE, which took place on 23 and 24 February in the Vienna Imperial Palace, the well-known Karl-Renner Institute hosted an interesting panel discussion in the Members of Parliament consulting room in the Austrian Parliament. The question of which challenges the OSCE would have to face in 2017 under the Austrian chairmanship and which role the Parliamentary Assembly could play was raised.

At the OSCE Ministerial Council in Basel in December 2014, Austria was entrusted by the other participating states to take the chair of the OSCE in 2017. The chairmanship includes diverse tasks and Austria will become a central political player. In this mediating role, Austria could bring in its foreign policy experience and priorities to strengthen security. Conflict management, prevention and control of transnational threats for national security as well as restoring trust in a common area with 1.2 billion people are, among others, the challenges and priorities in the Austrian chairmanship. 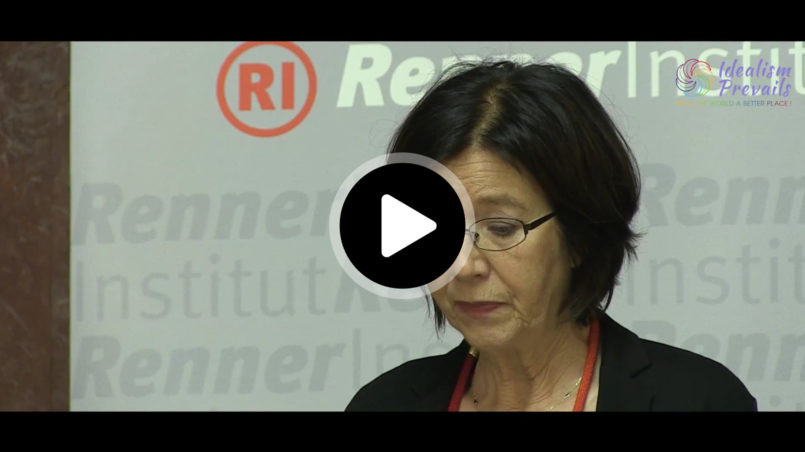 The recent outbreaks of violence in Eastern Ukraine have made it clear that conflict management will remain one of the most important challenges of the OSCE. The main task will be to prevent further escalation and to push towards the implementation of the Minsk Agreements. From a broader perspective, it is essential to rebuild trust in the OSCE and its states, so that the largest pan-European security organisation will be able to fulfill its assigned purpose.

According to Dzihic: ‘All of the recent, previous chairs of the OSCE, be it Switzerland, Serbia, the Ukraine or Germany, had to face huge challenges, Austria will not be an exception here’

Clemens Koja has also taken a clear stance in this debate. In the period that Austria holds the chairmanship in the OSCE, it is foremost important to de-escalate the existing military conflicts. Furthermore resolute action will be required to crack down on radicalisation and extremism. This is the only way to ensure an increase of trust within the OSCE member states.

In particular concerning the current crisis between the Ukraine and Russia, Doris Barnett recommends looking to history: in the past, much has happened in similar ways between other states; in Germany and France, for example, bitter arch enemies for long periods, best friends today. According to her opinion, the strength of the OSCE lies in dialogue, in the ability to think about new ideas and to take new paths.

In conclusion of the one-hour panel discussion, the audience participated in a stimulating discussion in which some delicate questions could be competently answered and discussed.