A mixed, but tendentially not very young audience followed Frank Stronach’s invitation to Ebreichsdorf for a large staged presentation of his new movement “Vision Austria” and his recovery plan for Austria.

Frank Stronach makes it clear from the beginning that he will not compete at the next general election in person, nor will he make his name available. Stronach admits a mistake, saying he was “shaking the cage too hard”.

Stronach comments the BP-runoff such, that the president should be “lawyer of the citizens”, and he himself would have chosen neither of the two candidates. They are “no bad persons”, but both do not represent the principles that Stronach would expect in a president.

In the question of asylum, Stronach notes an incomprehensible attitude on Europe’s part, watching how people are mistreated and killed, and he calls for the mobilization of the UN and NATO to launch a “peace structure”, as well as the establishment of protection zones. Stronach warns of “millions” of refugees that are expected from North Africa, and calls for decisive crackdown and several protected areas in North Africa, since otherwise the “European culture” would be imperiled by the immigration.

“Knowledge is limited, visions are limitless!”

Stronach would “open the field” and calls on the parties and people (regardless of their political views) in Austria to talk to one another, form groups and to observe basic principles. People can feel that “something is wrong”, they are worried and feel that “it can’t go on like this”.

As a solution, Stronach proposes a “spiritual, not destructive revolution”, and invites people to delve into his thoughts. “Without change, people will have to queue for bread in two or three years – this is serious!”

As usual, Stronach calls for a reduction of the National Council (to 150 deputies, 50 of which should be directly elected by the citizens), and administrative simplification while also criticizing the forced memberships. He also calls for a simplification of the generally complicated laws. The government could ” not change the system, having paralyzed themselves” – “the system in Austria crushes everything”

Administrative simplification must be carried out objectively and civilized, but the system must be changed. A social contribution of high earners (over EUR 150,000 – whether gross or net, Stronach could not answer) for five years, which would however have to be subject to an actual reduction of the administrative machinery, could finance the transition. The high non-wage labor costs are “merely there to pay the administrative” and reduce the competitiveness. The critique of the debt policy was another topic not unheard of.

A win-win-win situation, in Stronach’s view, is an employee stock ownership, according to which companies should pay out 10% of profits – and this should be accompanied by a lower tax burden – to prevent additional costs of 10%  from accruing for the company. This measure should increase the motivation and productivity of employees who have a “moral right” to participate in profits, and, ultimately, benefit the companies and state through higher tax revenues.

Stronach is aware that tax changes can only be introduced slowly. The WOB-tax (economy without bureaucracy) is a model in which the company pays 4% of turnover in tax or levies, with one half going respectively to the state and the employees.

Stronach advocates an “economy on socio-economic base”.

In the area of education policy, Stronach calls for a higher priority for nutritional awareness and sports lessons as well as economy lessons for children. In addition, the school directors should be allowed to choose their teachers.

In my opinion, Frank Stronach presented himself considerably better than how I, at any rate, remembered him from numerous television appearances before the last general election.

The now obviously differently vested intention, namely not to want to get votes, but get citizens to support and / or participate in a movement makes the partly quite visionary ideas of Stronach appear in a different, more credible light.

One can only wish for Frank Stronach’s and Austria’s sake that – despite the specific concepts – the realization that system changes are necessary, reaches a sufficient number of citizens to actually alter attitudes and start transposition. 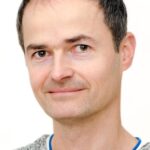