This is the motto of the panel discussion organized by the young section of the “Senat der Wirtschaft” (senat of economic cooperation) together with manageers, on May 10th at the Motel One, near the Vienna State Opera. About 50 interested persons from different age groups and sectors, as well as representatives of the Senate showed up for this purpose.

Motivation behind this event is to counteract the stigmatization and taboo surrounding this topic and to therefore promote an important mind-shift process – especially for Austria.

Kommerzialrat Heinz Stiastny built up the ING DiBa Austria AG, utilizing his years of experience in banking, and redeveloped the ÖBB Postbus GmbH. He is also a member of the Austrian Ski Federation (ÖSV), the Council of the European Forum Alpbach, the European Trademark Law Institute EBI, as well as some other clubs. In addition, he has been operating for the UN in voluntary humanitarian missions including in Chad, Nigeria, the Balkans and the Middle East for many years.

Dr. Wolfgang Pinegger is the founder of the social network GL Brain, which combines the advantages of social media with a social agenda setting, whereby users can connect anonymously and tamper-proof. Among other things, he used to be the Managing director of Brückner Maschinenbau (engineering) in Siegsdorf, Bavaria.

As a young and active multi-Entrepreneur, I represent the rising generation.

At the beginning it is mainly about personal experiences. Dr. Pinegger, the most experienced podium guest, for example, has an intense life story to offer. He had to start over nine times, so far. His stories fascinate, delight and could serve as plot for a good book. He himself, however, brings into consideration that his path, the way he walked it, would probably no longer be possible today.

The evening quickly leads to a in a very open discussion with the audience. Fear or at least caution is repeatedly very apparent in the questions. The podium share their own experiences and adventures remarkably honestly and directly.

Though of course there are significant differences between the prerequisites of the different generations, valuable similarities are to be found, as well. Common to all panelists is the mixture of courage to commitment, the willingness to learn from their mistakes and the knowledge that there is a distinct difference between failure and abandonment.

I thank the Young Senate for this opportunity and the vision to hold such an evening in a reasonably small scale. I hope that there will be even more such evenings. Open discussions, especially on issues that are considered as embarrassing and taboo in society, are valuable catalysts for a synergetic future. Newcomers should get the feeling that they are not alone and “old hands” should be made aware that others are dependent on their experiences and stories.

Together for a better future!
Yours, Christian 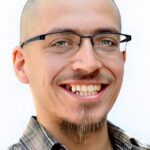