In an open letter, 72 civil society organizations from 31 countries, including the AKVorrat, are addressing the European telecom regulators today, calling for strong protection of the principle of net neutrality in the ongoing negotiations on the implementation of the Single Telecoms Market regulation issued by the European Union. With the new rules it will be set for Europe, whether Internet providers may henceforth offer paid passing lanes, whether individual services may be blocked, whether encrypted connections may be globally disadvantaged and whether providers may inspect the contents of the data packets to their clients. On www.SaveTheInternet.eu there still is an opportunity for citizens, to make their own voice heard in the debate on net neutrality

The Body of European Regulators for Electronic Communications (BEREC) and the 28 national telecom-regulators are currently negotiating guidelines to clarify many open questions concerning the ambiguous European Net Neutrality Law of October 2015. Regulators have time until August to publish their final guidelines and will be holding a public consultation from June to July.

“With these new guidelines a battle for net neutrality that has been going on for years in Europe, is decided. After the great success in the USA, India, Canada, Chile, the Netherlands and Slovenia, the EU must decide whether it wants to keep one of the greatest inventions of mankind open and neutral, or whether the Internet will develop into a kind of cable television in the future. The public still has the opportunity to partake in shaping the decision on www.SaveTheInternet.eu” says Thomas Lohninger, data protection specialist of the civil rights organization AKVorrat.

The letter of 72 NGOs demands the following of the regulators:

So-called special services must be very precisely and narrowly defined. Otherwise there is a risk that large service providers can bypass the network neutrality protection with paid passing lanes on the Internet. Arrangements for special services on the provider’s part may only be used for services, which would be technically impossible via the open Internet.

Zero-rating should be plainly forbidden, because it is a harmful practice that restricts the choice of consumers, distorts competition, promotes low data volume and undermines the liberty to offer services without discrimination.

Traffic management should be as indiscriminate towards applications as possible. If telecommunications companies decide about the priority of data packets there is a risk of discrimination between different service providers as well as towards encrypted traffic, thus limiting the customers’ choices.

The legal text leaves many of the core issues of net neutrality unanswered and can be interpreted in more than one way. The political decision on net neutrality is now in the hands of the 28 EU regulators. Whether or not there will be paid passing lanes, Zero-rating or traffic management – which penetrates deep into the privacy through Deep Packet Inspection (DPI) – will be in the hands of authorities that were not democratically elected.

Europe is in the final phase of the fight for net neutrality. The European regulator (BEREC) is currently deciding on binding guidelines, which will clarify the ambiguous legal basis approved in October, 2015. The result of this process is completely open. Whether Zero-rating, DPI or paid prioritization will be allowed for half a billion people, depends on the policies that will be published in late August. Europe can either follow the global trend towards strong protection of net neutrality or create a dangerous precedent for the opposite.

After two years of negotiations, the EU has adopted a net neutrality law that leaves many key issues open to interpretation. The telecoms market regulation was adopted by the European Parliament in October 2015, at the second attempt.

More information about the guidelines for the implementation can be found here: https://edri.org/edris-first-input-on-net-neutrality-guidelines/

The open letter and the list of all organizations that have signed it, can be found here: https://akvorrat.at/sites/default/files/20160502_nn_berec_civilsocietyletter_signed.pdf 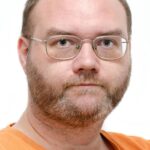