I was once an enthusiast of astrology. Until I realized that the purported character determination according to time and date of birth is no more than self-deception. But I’ve picked up something from this time, and that’s the way I try to look at people. That, and the realization of the sheer size of the space our thoughts inhabit.

This teaching, the aim of which is to interpret the visible sky from a given place, fascinates many people. For this reason, let me clearly point out once more: the connection between the character of a person and the hour and location of their birth as claimed by astrology is, in my view, pure self-deception. When assigned characteristics, which are supposedly based on something concrete, we tend to regard them as quite valid for us – as long as negatives do not predominate.

This is also true for many other teachings of character types. But what is to be learned from this interpretative doctrine referring to the visible sky is a comprehensible idea of ​​how complex our psyche is and that the idea that we can divide it into “male” or “female” can only be a total misjudgment.

Even the psychoanalytic thesis of Animus and Anima is akin to saying: the universe is energy and matter, and that will do for classification. This simplification would be entirely topsy-turvy. Of course our mind and our behavior are shaped by the body’s imperatives – by what necessities are dictated to us by the differences in our private parts. But the world of thought that we carry within us is as infinite and diverse as the cosmos that surrounds us.

(If you are not merely scientifically adverse to astrological explanations but wish to avoid them altogehter, you may skip the following paragraph by clicking on this link) 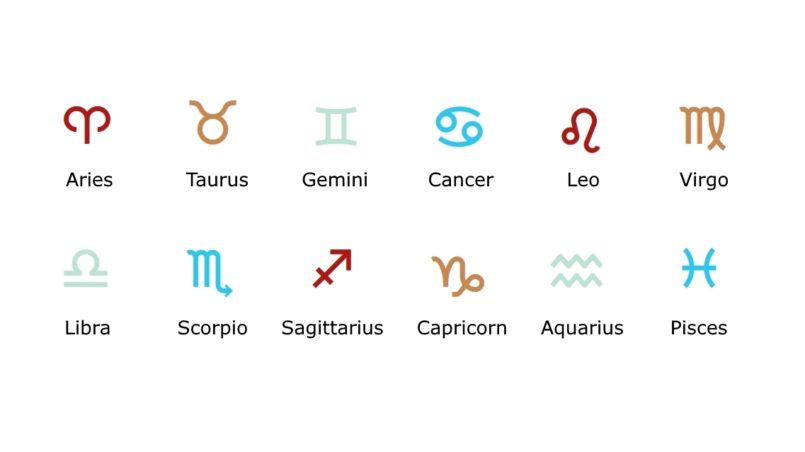 In addition there are seven planets (sun, moon and the five actual planets visible with the naked eye) that can move through these signs. Each of the planets can also form five aspects (by the angular relation of 0 °, 60 °, 90 °, 120 °, 180 °) with each of the others: conjunction, sextil, square, trine and opposition.

This is already a very large number. 12 signs × 7 planets × 21 aspects to each other makes over a thousand combinations. If we add to this every sign, at all of thirty individual degrees on which a planet can stand, then this multiplies to a very large number of different natal charts which can be interpreted. And this is only the original classical Western astrology, without modern additions.

(Continue here)
If, however, one is aware of how diverse our psyche is, how many parts of it are in constellation, then one begins to see and classify people differently. Of course, it makes little sense to merely want to divide a person’s character into such parts. We do not, after all, only have the above-mentioned variants in us, but many, many more beyond that. We are everything.

In the same way that we can randomly look out into the starry sky, and project countless figures into the thousands of stars that show on the firmament, do we assess other people. We attribute characteristics to others, based on appearance, we assume behavior due to innate characteristics, such as place of birth, sex organ, skin tone , or a person’s ancestry.

There are very good judges of character who can actually interpret this cosmos in others. Looking inside, they see the “planets” and “signs” and their relative position as they truly are, in that person’s psyche, at this moment. Not astrologers, but people with the ability to read others.

Someone may have been born in April and, according to astrology, due to their date of birth, they are a spontaneous, pioneering, go-getter embodying the element fire in its dynamic form. And yet, someone with insight into human nature may clearly recognize them as a down-to-earth, very deliberate person , who is guided by many interests and therefore carries the element earth in a variable form. They would not name it with these terms either. They simply feel that this person is more like a sand dune than a steppe fire.

But if such people indulge in astrology, they will interpret what they calculate from the date of birth of a person whom they “advise” in such a way that it matches what characteristics they sense in this person. They believe they are reading the horoscope, when in fact they are reading the client.

Unfortunately, however, very few can even do this, and most depend slavishly upon the interpretation of the computed planet alignments, and force them onto someone as that person’s “character”, based on wisdom gained from a book. Whereupon millions of people believe that being Aries, they would only make a good match with a Gemini or Leo. A Capricorn or Cancer, on the other hand, would not be a suitable partner.

For the few who actually look deeply enough, this is only a crutch they can easily do without, yet they do not want to, firmly believing that that which they recognise, can only be seen out of the horoscope.

Reading others, without any obscure means, is something we can all do. To this end, there is no need for stargazing, no calculation of houses, mundane or radix horoscopes or complicated programs, no crystals, pendulums and also no maps. Only one thing is required: an open mind.

When we begin to see a different thought universe within the mind of another person – regardless of what they look like, where they come from, or when and where they were born – when we are willing to accept the fact that someone else might be thinking in very different ways and deem other things important, that they react very differently to sensory impressions; furthermore when we take into account that everyone has their “Mercury” (representing communication skills) in different places, only then do we become flexible.

We may ask ourselves whether “water” and thus emotion dominates in others, or if it’s rather fire and therefore willpower. If we do this with the intention of seeing another person’s mind as an explorable cosmos, we will be able to consider each other as equals. Then we can fully unfold our humanity.

Try it. Perceive other people according to these categories. Look beyond gender, origin and skin color and try to discover the psychological constellations in this human being.

The night sky above us has taught us this lesson since ancient times. As above, so below – according to the hermeneutic principle. What is meant, however, is not that we are an image of heaven at our birth, as astrology believers often want to prove in an, at times even fanatical fashion (thus failing, naturally), but that we carry within us an equally infinite space as the universe in which we live.

Each of us is a universe, and sometimes they will overlap very strongly, sometimes very little. Sometimes they only touch at one tiny spot. But none counts more and none counts less. We like to put moral standards on other people and evaluate their conceptions and behavior according to ours. But as abnormal and reprehensible as others may appear to us, in their universe this can be part of their “natural laws.

This does not excuse any deeds, which have been defined as crimes according to our laws, nor does it make them any less cruel, disturbing, inconceivable, and persecutable. But to see every person, both the one who sacrifices their life for the survival of thousands of people, as well as the bestial mass-murderer, as human beings, to treat both as equals, makes universal human rights possible in the first place.

I am human as we all. That's enough.