And even if all people think that something cannot be done, that it is impossible … At some point somebody will come along and make it possible – in this case, the somebody’s name is Werner Herzog. “The Wild Blue Yonder” is a cross between documentary and science fiction: first broadcast in 2005, directed by Werner Herzog, starring Brad Dourif (known from films such as “Dune” or “Lord of the Rings”), produced by Andre Singer, English original version.

A space alien in human form (Brad Dourif) stands alone in the middle of a run down area and tells of his home planet, which he had to leave because it was dying. He is a member of one of the many landing parties who have found their way to earth, but surprisingly has little good to say about himself and his species:

You think of us aliens as technologically advanced super beings, but I can tell you – we are pathetic creatures.

He speaks of a failed attempt to establish a meeting place between humans and them as extraterrestrials, and does his best to illustrate the enormous distance between his home planet and the earth – four and a half light years, believe it or not.

According to him, the events in Roswell are directly linked to the above-mentioned arrival of his species: ultimately this led to people deciding to pay a visit to his home planet because they unintentionally released an unknown substance when investigating the crash vehicle – which threatened to wipe out the human race. Thus begins the journey to the human’s substitute planet and the home of the extraterrestrial.

The problem of the enormous distance between the two planets is fortunately solved in time by a scientist who discovered invisible connections between all heavenly bodies, so-called time tunnels. With their help, mankind is now able to cover this otherwise insuperable distance in a more or less tolerable time. Upon arrival, the human pioneers discover a heavenly body packed in thick ice and immediately drill a hole in order to explore the landscape underneath by means of diving equipment.

With the good news that a substitute planet has been discovered, they journey home at once. Unfortunately though, it takes them more than 800 Earth years, and on their return they find a manless “primordial earth” – with jungle landscapes as far as the eye can see

The images shown with this story are, for the most part, from a NASA space shuttle mission which did in fact take place, and an equally real underwater expedition which took place under thick pack ice (presumably Antarctica).

The remainder of the footage consists of a few historical black-and-white videos and a barren landscape with various dilapidated buildings, which serves as the setting for Brad Dourif’s narrative most of the time. The background music presents itself as a tightly woven composition of cello sequences by the composer Ernst Reijseger and the ethno-singing of the Senegalese vocal acrobat Mola Sylla. She creates a captivating, hypnotic atmosphere that allows a constant synapse firework – comparable to the cult movie “Koyaanisqatsi“.

For me, the fascination of this work lies in the fact that you know the extraterrestrial’s story to be fictitious all along, but you also see breathtaking, matching documentary sequences.

Werner Herzog will certainly not be able (or willing) to address a wide “blockbuster audience” with this work, although, in my opinion, he would more than deserve to. But cinema fans and people with a passion for experimental art definitely get their money’s worth.

Stunning moving images and intrusive sounds, complemented by excellent acting, with a pinch of humor added – what more do you want! 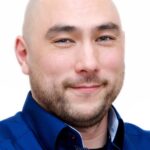