Even though my home town is in Himachal Pradesh (Himachal is made out of two words: HIM, which refers to Himalaya or snow mountains, and ACHAL, which means into the arms), also known as “Young Himalaya”, I have spent most of my life in the capital city of India.

When I was young we used to go to Himachal Pradesh for around one month in summer, and to be able to see so many mountains and natural beauty around me has always been very fascinating for me.

Although I was studying in the city and therefore had to stay in Delhi for a very long time, I kept getting a feeling that the mountains are calling me again and again. During my free-time at home, I made a list of things to do before I get too old. It’s a long list! Number three, for example, is to climb to the summit of Mount Everest but I still haven’t managed to do that since it’s very expensive, commercialized and full of tourists.

Also I had a totally different image in my mind of it. However, I once made it as far as Everest Base Camp (EBC) and I wasn’t very happy with that either since I was expecting much more. Anyway, the important point of the story is that, during the trek, my friends and I met another group of people going in the same direction. One of them was Indian and he was actually the first Indian face we had seen in the eight days we had been trekking. I also got to know Isabel, an ‘adventure hunter’.

While trekking, everyone shares their stories and we all had fun in Namche Bazar (the last big village on the way to EBC). 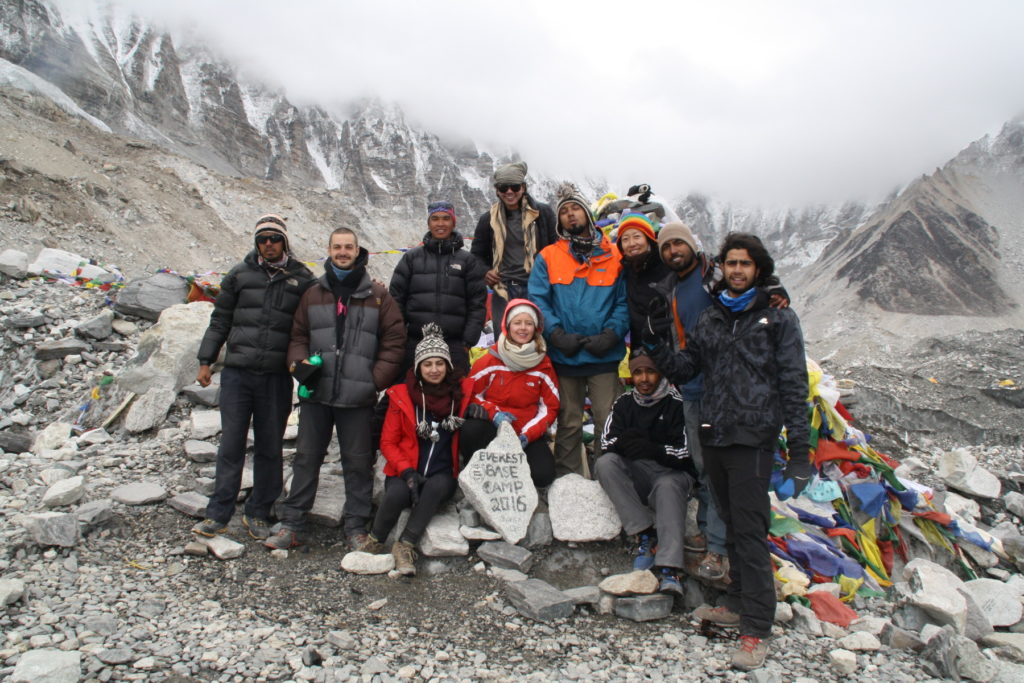 This girl, Isabel, from the other group has visited many interesting places around the world and wanted to come to India as well but was not so sure about it yet. We spoke at length about good places to visit in India and the different cultures throughout the country. During one of our conversations, she mentioned Ladakhi, a beautiful city in the far northern region of Jammu and Kashmir, called Leh, or also known as “Little Tibet”. Leh used to be a very important stop for traders coming from central Asia. This difficult and vibrant trading network, which includes China, India, Central Asia and Europe, was known as the Silk Route.

The Silk Route was an ancient network of trading routes which for centuries formed a centre for cultural interactions throughout regions of the Asian continent, connecting the East and the West ‑ from China to the Mediterranean Sea. The Silk Route played an important role in trading and cultural value exchanges between northern and southern parts of Asia. The Chinese took great interest in the safety of their merchants and therefore extended the Great Wall of China to ensure the protection of the trade route.

Although silk was certainly the major item exported from China, many other goods were traded as well. Religions, philosophies, various technologies, as well as diseases also spread along the Silk Route. In addition to economic trade, the Silk Road was a route for cultural exchange among the different civilizations along its network. You had to pass through rocky mountains and the sand dunes of Karakoram (a mountain range), the freezing glaciers of the Himalayas, the thick green forest and many strong rivers. Nowadays there are many ways of conducting trade and communicating between countries but in those days people used horses, donkeys and even camels. There are not many traces left of the Silk Route but some parts have been converted into roads and can be found on the Leh-Manali highway.

After having many conversations about this place, Isabel and I decided to dive back into history and try to experience some of the most adventurous places in the northern part of India together.