I thought these Arabic words, interweaved with a melancholic but sweeet-sounding tune, were echoing in my ears. I was completely absorbed in taking in every detail that my eyes could discern. I was constantly looking outside the window panes of the bus. There was so much to comprehend. The scenic beauty was muddled with politics. Politics of settlement, of refugees, of human rights’ violations and possibly much more.

The bus screeched to a halt. It was an Israeli checkpoint. The volume of music was lowered to its minimum. Complete silence. The order from the Israeli soldiers was conveyed to the driver, “The bus had to change its route”.

The bus driver took a different route and after a while I could again hear chirping and jubilant voices. Some Palestinian passengers sitting at the back of the bus asked for the music to be played again. The same song that I thought was echoing in my ears was played again.

I thought it could be a popular song. I asked the Palestinian girl sitting beside me to explain the lyrics. She told me that it’s a Palestinian song and very popular in Arabic countries in the Levant. It is a story about a girl who is in love with a guy who is always travelling, and she is singing for him and asking him to return. She translated it in English for me:

Yes, it was Ramallah day. The day we would be touring around the de facto capital of the State of Palestine. It is the city which hosts all the government headquarters and ministries as well as diplomatic missions from varied countries. It is the seat of the Palestinian Authority.

To be honest, I wasn’t very enthusiastic about visiting Ramallah. I had looked at pictures of Ramallah city on the internet but they weren’t really appealling; and because it is the seat of the government, this meant to me – too many towering concrete buildings occupying the majority of the space. But because of its political importantance, I thought that the city would still be able to capture my interest.

Our bus entered the city. And to my surprise, my eyes loved it. I could say it was love at first sight. Huge beige colored mansions, residential complexes, and public buildings. It seemed every building in the city chose to color itself in lovely shades of pinkish beige. Almost all the buildings in Ramallah are made of pinkish beige or greyish white colored stones and the city looked so beautiful. Ramallah had proved me wrong. It had its own beauty.

The first place we were to visit in Ramallah was Yasser Arafat’s mausoleum or tomb. The tomb of the man who ruled supreme in this part of the Arab world. He dominated the Palestinian political landscape for decades until his death in 2004. I knew Yasser Arafat as the leader of the Palestinian Liberation Organization, venerated for his unflinching determination and dedication to the Palestinian cause.

However, the visit to the tomb revealed what he means for Palestinians. He was not just a martyr and political leader but an ideal whom Palestinians hero worship. I was told by one of my Palestinian friends that Arafat’s tomb is not just a memorial but also akin to a holy place, which emanates motivation and strength for all Palestinians struggling to liberate their land. 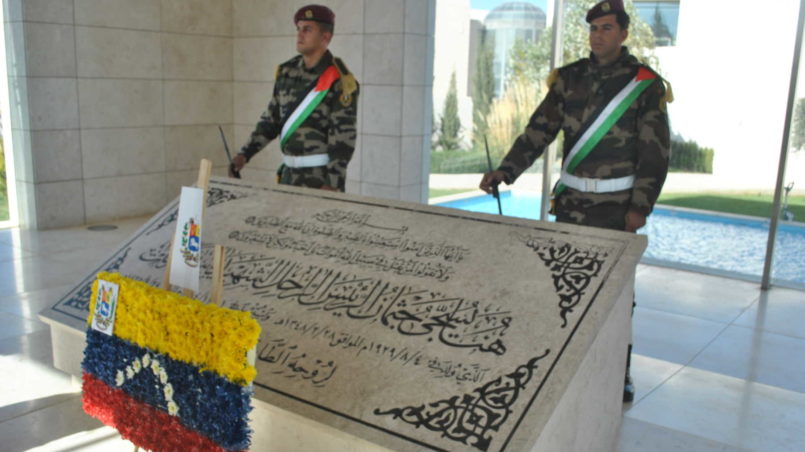 After spending a few hours there, we were told that we would be heading towards Birzeit University, located near Ramallah. The route from Arafat’s tomb to Birzeit University meant going around many places in Ramallah. We caught a glimpse of the Mukataa in Ramallah, which was made the official West Bank headquarters after the establishment of the Palestinian Authority in 1994. It is known as the Arafat Compound.

One of the coordinators of the Youth Camp told us how land and space in Palestinian cities of the West Bank are divided between the Palestinian authority and Israeli authorities. Such divisions were manifested in the form of disputes and confusion regarding maintenance of municipal works and other civil tasks.

The coordinator took on the responsibility for providing us with information about important places and things we came across while travelling from one place to another. He would point towards Israeli settlements and told us how to identify an Israeli settlement from Palestinian neighborhoods.

I realized that every Israeli settlement I saw on my way to different cities had a few things in common. The most important thing is their strategic location. They are always built on the topmost site in any locality. I was told the choice of such location is based on security considerations as well as to enable the supervision of the neighboring Palestinian population.

Moreover all houses in a settlement looked similar with the same-colored roofs and exterior walls. Also, settlements looked greener than their surrounding Palestinian locality, which looked relatively arid. 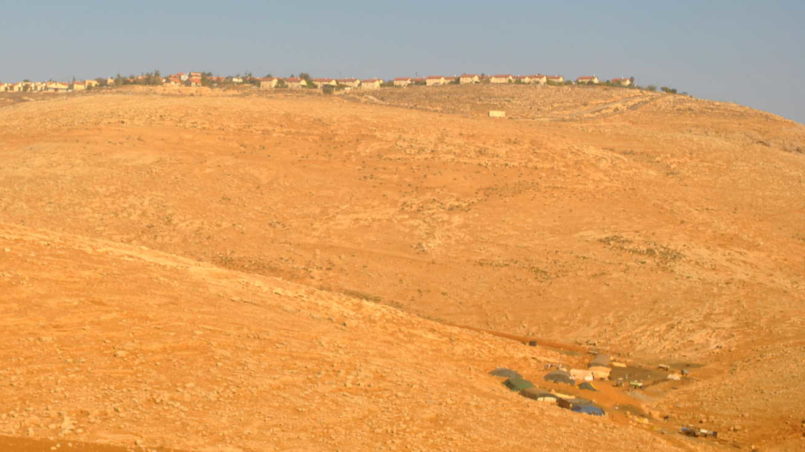 On our way back from Birzeit University, we saw the suburbs of Ramallah. Beautiful residential and shopping complexes, the exteriors of which are made of white or beige-colored stones. Ramallah was really soothing to my eyes.

The last place we visited in Ramallah was the Ministry of Foreign Affairs. A seminar was arranged for the participants of the youth camp in the Ministry. I realized that the outlook and ambience of all ministries are usually similar. Guarded by security agents dressed in black suits, an atmosphere of caution and vigilance accompanied by many dos and don’ts.

However, one particular aspect which really was distinctive about the Ministry was the warmth emanating from the people working there. The same warmth I felt in the Palestinian Embassy in India.

Presentations were given by some of the Palestinian diplomats heading different divisions in the Ministry. The presentations were really powerful, as they were laden with personal experiences of suffering and oppression, of desire and motivation to make sacrifices so that the future generation can ‘have’ that which the present generation cannot enjoy, i.e. “independence”.

After the seminar was over, I was amazed to learn that for many participants it was the first time that they had encountered the horrific stories of oppression, of humiliation, and of violations. The presentation provided them with completely new information. I realized that many in the world still have no concrete idea about what is going on in this part of the world. Everyone talks about the Palestinian cause but possibly without any comprehension of the situation on the ground. I was a little disappointed but I realized that protracted conflicts often start to slip away from the minds of people who are not affected by it.

We again took our seats on the bus which was to drive us back to our camps in Jericho. The atmosphere was somber as the presentation and the pleas and appeals were still fresh in the minds of everyone. Suddenly music started to play. It added to the pensive mood. It was the same melancholic song…