Some dreams do come true. Others do not. Some remain entrenched in our hearts and become a part of us, while others fade away when our hopes wither and allow new ones to take their place.

I grew up nurturing a multitude of dreams in my heart. Some faded away over time due to my experience of life, while others continued to compete with each other, to become my top priority, so that they could come true.

I too had such a dream. “Visiting Palestine” was my unique dream.

As a student of Middle East Studies, I was introduced to the Israeli-Palestine conflict and became fascinated with it. The zeal of the Palestinians to keep struggling despite all odds, and their ability to withstand humiliation, torture, and the death of loved ones on an everyday basis for a united cause for the last six decades astounded me so deeply that an ardent desire to meet them, to get to know them and to learn from them sipped into my psyche gradually. 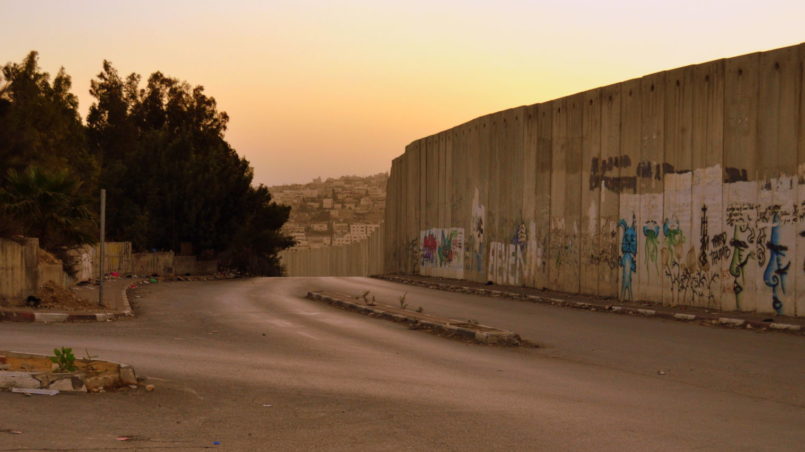 This desire soon transformed into a dream that started to shape my academic pursuits, my perspective on life, my choices and much more.

Deep within me, I knew that one day I would visit Palestine, but I never knew my dream would become real so soon and in such an unanticipated way. Neither had I made any plans for it, nor did life give any intimation that my dream would be turning into reality in a matter of a few days.

Everything was calm and quiet though not unruffled in my mind, and as usual I was engrossed in planning my distant future when a call from the Embassy of Palestine jolted me out of everything. Whatever calmness or tranquility I had managed to cultivate over the years started to rupture and a thousand feelings and questions rushed within me like tidal surges inundating a coastal land.

I was informed that I was to be a part of the Indian delegation to participate in the First International Palestinian Youth Camp. This was “The Opportunity” as the Palestinian Authority was the organizer and participating in the camp would mean that I would be able to see Palestine through the eyes of Palestinians. It also meant that I would be given the chance to interact with many Palestinians without any surveillance and learn about their experiences and their lives as narrated by them.

I realized it could not get any better than this. We all know the possibilities of and obstructions in visiting an Occupied Territory, as it involves an unending chain of permits, clearances, denials and what not. This camp would definitely make travelling to Palestine and moving around in the West Bank much easier.

Looking back, I knew that I had applied to participate in the Youth Camp. But it was not really a concrete plan and I had not raised my hopes about being successful. It had become almost routine for me to apply for events or seminars held in Palestine or in the Middle East region but nothing had materialized until then. But this time, it seemed real. An opportunity to make my unique dream come true, and this opportunity was banging loudly on my door – a door which was now going to open!

Immediately I was carried away in a flush of happiness and my imagination started to run wild. But simultaneously dejection also started to clutch my mind. I had enough reasons to feel downhearted.

We were told about our selection for the Youth Camp just a week before it was to commence i.e. November 27, 2016. We did not have much time before our departure and there was so much to arrange: a permit from the Israeli Embassy, a visa for Jordan (as we were to enter the West Bank via Jordan), flight tickets, foreign currency, and many other documents. After all we were going to the most disputed and conflict-ridden country in the world.

We visited the Palestinian Embassy in India for the first time and this became a daily routine for the next few days. We were informed that everything about this trip would remain unpredictable. We weren’t sure if Israel would give us a permit, and even if they did, we didn’t know what conditions they might add to the permit. The issue of the visa was another hurdle. Although the Palestinian Embassy was responsible for both the permit and the visa, we felt that we too were part of the the general commotion.

I cannot say anything about how the others were feeling, but my mental state was nothing less than an oscillating pendulum, vacillating and despairing at regular intervals. We were asked not to book tickets even when only four days were left until the camp started, as nothing was yet certain about the Israeli permit and visa.

The people in the Palestinian Embassy were extremely friendly and made us feel so welcome. We didn’t feel we were visiting an Embassy. I was already in love with their warmth and attitude towards life.

Other than the hurdle of applying for our permits, we faced another massive difficulty: the demonetization of 500 and 1,000 rupee bank notes that was introduced in that very month of November in India. Extreme difficulty in getting cash, long queues in banks and at ATMs, scarcity of dollars and Euros on the Indian market and other consequences of this measure made everything so arduous that the hope of my dream turning into reality would dwindle every now and then.

Such experiences are real teachers in our life. Deep in my heart, I feared that the trip would never turn into reality. But it was a long treasured dream. How could I let it go and give up hope even though it seemed that everything was working against it?

There were only three days left until I was due to leave for the camp and nothing was yet certain. No visa, no tickets, no documents. It was at this time that I learned to cling on and keep hoping even when my mind gave up to logic. My luggage was packed. But nothing else was ready. I knew unpacking would be very painful and there was no way I could give up.

Finally, I got a call from the Embassy that both my permit and visa were ready to be picked up.

I now knew for certain that I was going to Palestine! I rushed to the Embassy to collect my documents. Everyone else also went and we were all so happy as if we had won a battle. Congratulating each other again and again. In that moment my heart was overwhelmed with happiness but a thought brought me down to earth. 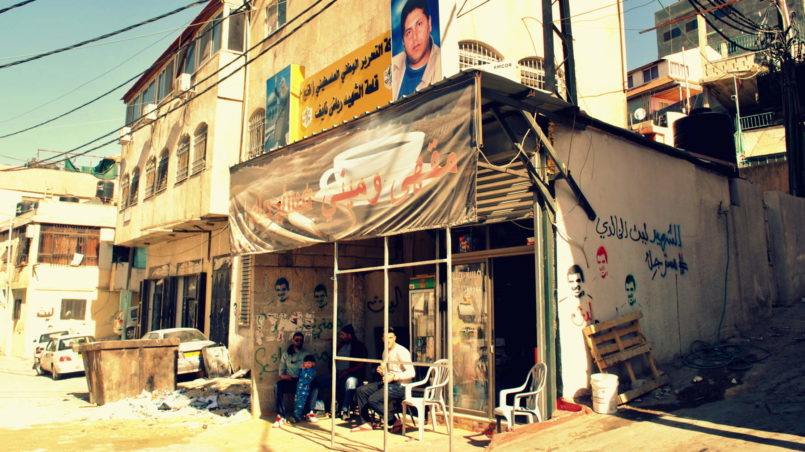 I realized that what I had experienced in the last few days was a subtle form of the adversities that Palestinians deal with in their everyday life. A life of uncertainty, of permits, obstructions, denials, distress, anguish and much more which is actually beyond my imagination. I realized how Palestinian life is a life of hopelessness and hopefulness, coexisting and entangled in a strange way. I knew my journey to Palestine had already started. I realized I had to be ready for heart-wrenching experiences and that I would have to keep an open mind. I was happy, very happy but already a little anxious about the upcoming but unknown experiences.

Finally, on 26th November 2016 I was at the airport. Officials from the Palestinian Embassy came to see us off and provided us with some final advice and offered whatever help we needed. I boarded the flight that would take me on a journey which would turn my dream into reality. My heart was pounding and for some reason my mind was blank. I couldn’t think. I was just feeling. Feeling how it is when you are walking towards your most treasured dream. Just one thought passed through my head:

If we spend enough time dreaming, then the dream might eventually become real.

My dream did. It really did.