Today, when I wake up, I am extremely tired as I wasn’t able to sleep during the night because it was too hot. I force myself out of bed, put my running clothes on, turn my music up and go outside.

This time I decide to run along the fields – towards the airport. Just as I leave the building, I can feel that everyone is looking at me but I try to ignore them as far as possible. For the locals, I probably look like someone from Mars since nobody goes jogging in this area.

Not even five minutes after I start running, I hear kids’ laughter behind me and just a few moments later I have a group of kids – initially three, then five, which soon turns into seven and at the end nine – following me and running next to me.

They grab my hand and start asking me questions. It seems like this is the highlight of their day and I am happy that I can make them laugh but I also want to complete my workout. After playing and running along with them for a while, I decide to start running faster to lose them. One or two are very fast and manage to keep up with me for some time but eventually they are out of breath.

I wave at them from afar, complete my workout and turn back home to get ready for breakfast. Going for a run along with ten kids surely was a unique experience for me and I have the feeling that I will have to get used to this if I want to continue with my morning workout…

Usually breakfast is my favourite meal of the day but today we only get some cornflakes along with some dry noodles from yesterday’s dinner. The combination of food, cornflakes and dry vegetable noodles makes this meal the second unique eperience for me today – something I would never even have contemplated trying before.

But who am I to complain? After all, it’s a different country with different customs. I really wonder what unique experiences this day will bring next… 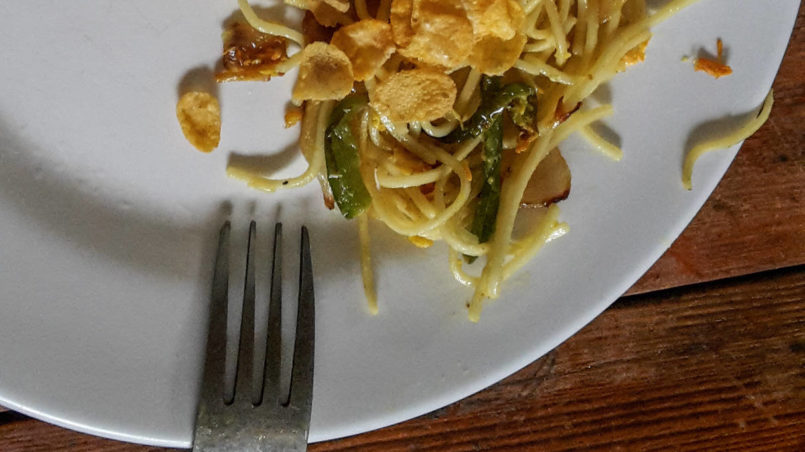 When I go to the hospital, I have to mentally prepare myself for a day full of surprises and new experiences. During our morning check-up I meet some new patients who were admitted the previous night. 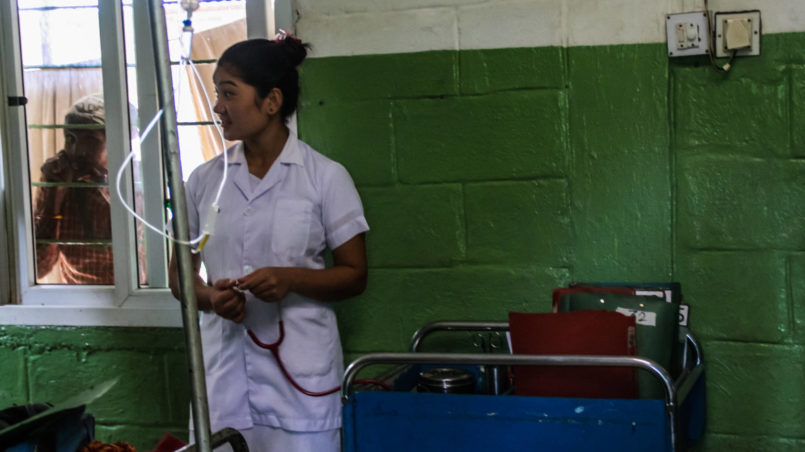 I would like to tell you about three different patients whose stories touched me the most:

The first patient is a 13-year-old girl who came yesterday in the evening. She is very thin, you can literally see her bones. Although what is more shocking is the fact that she looks like she is pregnant. Thankfully she is not. Her stomach is extremely large because she suffers from ascites, a medical condition which refers to an accumulation of fluid in the abdominal cavity. I have seen cases of ascites before but never to this extent and NEVER in such a young girl.

I wonder what she is thinking? What is going through her head? What does she think is wrong with her? Is she scared?

She definitely looks like she is extremely frightened as well as in pain. Her father is in the hospital with her since her mother died a few years ago. They came a long way to reach the hospital – over three days of walking. Her father thought for a very long time about whether or not he should bring his daughter to the hospital; one reason being that he has ten other children who now are at home alone and the other that he simply doesn’t have any money to pay for the treatment.

Eventually the condition of his daughter deteriorated to such an extent that he simply had to seek help. Thankfully the hospital, at the moment, has received enough donations to be able to offer free treatment to less fortunate people as well as free food. The patients are given rice and lentils but they have to cook themselves.

The government in Nepal has a policy of providing free health care but often there are simply not sufficient funds available for everyone to be treated and to give free food to the poor.

I am very fortunate to be volunteering in a hospital where we are currently able to help everyone; it is amazing to see how grateful these patients are. After the physical examination of the girl, the doctors tell me that the father and his daughter came to the hospital already two months ago. The girl was admitted but then the father decided to leave with her against doctors’ orders. Because of his decision, the condition of his daughter worsened considerably. Hopefully this time the Chaurjahari team can give her the necessary treatment to get better.

The second patient is a 10-year-old boy who has an open fracture on his right arm, caused when he fell off a tree. The mother is a widow and a housewife with two children. She does not have a kitchen and her daily income is about 250 Nepalese Rupees ( 2.5 USD).

Due to the fact that they are very poor, the mother decided not to go to the hospital. Only after the whole village collected some money to enable the family travel to the hospital, did the mother agree to go. Thankfully this happened, otherwise who knows what would have happened to the poor boy.

He has already been in the hospital for more than a week now, since his wound needs to be cleaned regularly. His mother, grandmother and younger sister are there with him as their village is about a 2-day walk away. After some time his mother also becomes very sick and they have to stay in the hospital for even longer. The problem is that it is harvesting season and they have nobody who can take care of their fields and their crops. I have been seeing the boy regularly but he barely smiles, he always has a very sad look on his face.

Sometimes though, especially when I start singing (and my singing skills are really not great), I manage to make him smile a little and even if it is just for a minute or so, it distracts him from his pain. He will probably have to stay at the hospital for some time but eventually he will get better and that is what counts.

The third patient is a middle-aged man who came to the hospital some time ago. He suffers from a bacterial skin infection, cellulitis, which led to an ulcer forming on his lower leg. For a few days now doctors have been trying to get the consent from his family members to open up his leg and drain the pus so that his leg can heal.

But since everyone is busy with farming and his family lives far away, it hasn’t been possible for them to come. Today, his son arrived but, as he is a minor, a police officer had to come along with him. However, according to Nepalese law, it is not possible for a minor to give consent to medical treatment. The Chaurjahari team is forced to wait another day for the relatives to come. I hope they arrive soon since, if too much time passes, he runs the risk of losing his leg.

The patient, despite being in a difficult situation, is extremely friendly and doesn’t seem worried at all. He thanks everyone for their efforts and says goodbye to the medical staff after their ward round smiling.
I am telling you about these cases to give you an insight into some of the difficulties that people who live in the hills of Nepal have to overcome daily. Things which are normal for us, such as having access to medical care at any time and having a meal three times a day are more like a privilege for them.

Some people, due to the lack of education and medical facilities, as well as the remote area they live in, still lose their life due to e.g. pneumonia – a condition which is (for the most part) treated easily with antibiotics.

I am amazed at the medical team in this hospital. They create a very positive working ambience where everyone collaborates together and asks each other for advice or help, regardless of his/her position in the hierarchy. It is like a small family who accepts new members with open arms and makes you feel very appreciated.