After days of anticipation, texting, talking on the phone and making hundreds of plans and lists, we finally meet at Delhi airport (Indira Gandhi International airport) which is another step closer to the city of Leh, also called “Little Tibet”.

Regarding the history of Delhi, it was always an important part in different kingdoms throughout history.

In some religious books, Delhi is called Indraprasth and back in 2000 BC it was ruled by the Hindu King Pandavas who fought the war against Mahabharata. After that it was ruled by many other Hindu kings, Muslim kingdoms, Afghans – the rulers of Afghanistan, again Hindus and Muslims and so on. All these, as well as the British who came later, have ruled in Delhi for centuries.

Today, the city speaks about its history in different ways, for example by showing different monuments, buildings, etc. which relate to various rulers of different times.

For example, Connaught Place, which is constructed in a horseshoe shape with three different concentric circles, was built by the British as a business hub and today it serves as one of the main shopping areas in the city and the Red Fort which was formerly the government palace of the Mughals and today is a museum.

Nowadays Delhi is still the most important economic and political centre of India and, therefore, its role is still maintained.

If you would like to know more about the history of Delhi and the different interesting places there are to visit there, then please read Isabel’s articles (Link follows)

The word Delhi derives from Dilli, which means gateway, and there are four gates in Delhi:

Throughout history, they were used by the emperors and people who came to visit Delhi from the south, east, north or west had to use a specific gate to enter the city.

To give you an insight about the busy city life that Delhi offers 24/7, I have prepared this short video. It gives an impression of Delhi from someone who is visiting India for the first time, while they travel around in a rickshaw which is a very common, fast and very exciting means of transport in Delhi.

Not even in the late night hours or early mornings will you find the streets empty or a place which is quiet with no people. The city is busy and very much alive at any time of the day and every period of the year. Whenever you leave the house or hotel, an adventure is guaranteed here in Delhi. 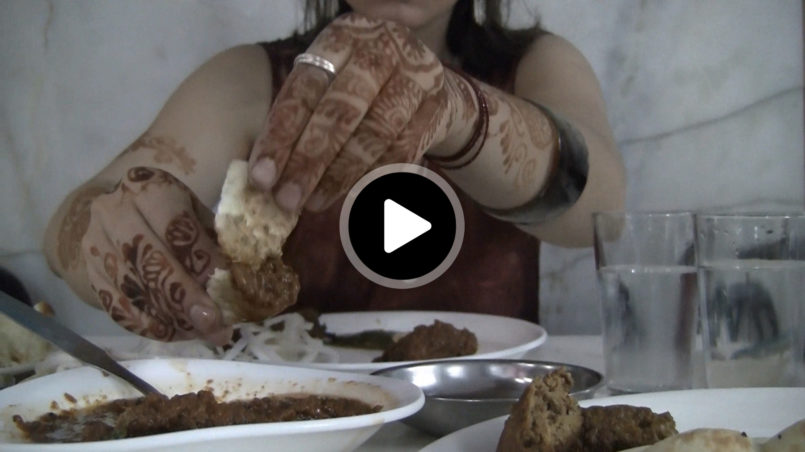 After visiting the best places of my city and finally getting the last things we needed to begin our adventure, we were ready to leave this noisy place and head towards the mountains once again. Our first stop was Dharamsala, a city in Himachal Pradesh in the northern part of India, very close to McLeod Ganj – the headquarters of the famous Dalai Lama (the exiled Tibetan religious and political leader).