I opened my eyes to rays of sparkling sunshine. My eyes blinked a few times to adjust to such brightness. I needed a moment before I realized it is morning.

I was sitting in the window seat of the aeroplane. I peered out of the window to see outside. All around were magnificent sand dunes of faded golden and hues of brown. An enormously vast expanse of towering dunes of undulating desert sands. I immediately turned my head to ask the person sitting next to me if we were in Saudi Arabia or Jordan. But he was fast asleep. I realized, ‘How would he know anyway?’ It was really naïve of me to even think about asking him but I was so excited.

The view of the desert from the plane was splendid. It was the Arabian Desert. Vast and expansive. Yes, I was still in the plane and I realized that it would take around two more hours to reach Amman. 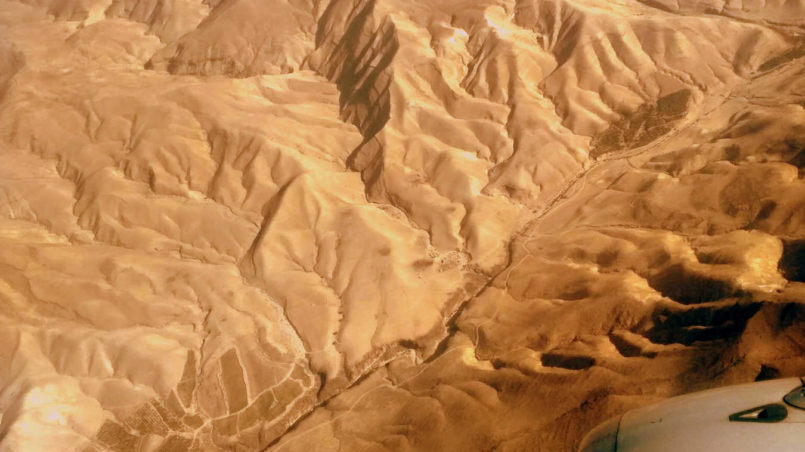 Even then, I couldn’t quite believe that I was actually heading towards Palestine. All through my journey, I often had to take a moment to let the idea that this was really happening to sink in. I could not stop myself from smiling. Finally, the plane landed and we were in Amman (Queens Alai International Airport). It was 9.40 in the morning. We were told that Palestine was not more than two hours from there. I was experiencing a wild array of emotions. I was very happy and excited but at the same time, I was also apprehensive and fidgety. The only thought that was in my mind was that in two or three hours I would be in Palestine.

Yes, Palestine. The place I had been reading about and researching for the previous four years. I was so happy that my mind completely ignored the fact that I was in the Middle East and we were going to Occupied Palestinian Territory. How could things go smoothly?

We were to get our visas on arrival. Because we had all the necessary documents and permits, we thought this would not take much time. The airport authorities started to interrogate us and did not immediately issuing our visas. We never thought this was going to happen. And, finally, we realized that the chaos had started. Our group leader, who is a journalist and had visited the Middle East on several occasions, said, “Welcome to the Middle East!” out of exasperation.

Until this point, I had no idea how even simple things can get mixed up in this part of the world. Language was a great barrier. Very few could speak English. We simply waited and waited. Because no progress appeared to being made, we had to ask the Palestinian officials to come and intervene. We had been waiting for quite some time and everybody was starting to get really restless by that time, as the programme in the camp should have started and at this pace we would miss the first day’s trip.

Finally the organizers of the camp arrived and intervened. So after around two and a half hours of waiting and restlessness, we could leave the airport building and breathe in the fresh and cool air. 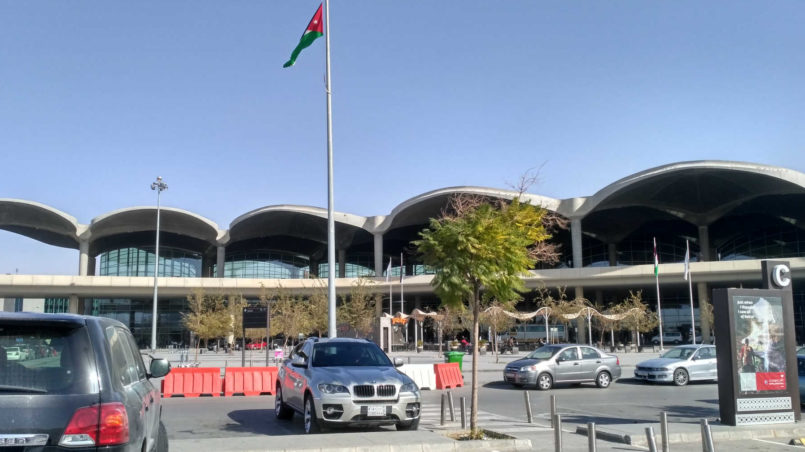 We immediately took taxis, which were to take us to the Jordanian Terminal of the Allenby Bridge or King Hussein Bridge (KHB). This bridge connects the West Bank to Jordan and is the only designated exit/entry point for West Bank Palestinians travelling in and out of the region. The taxi driver could speak English. We were lucky. He told us that it would take around 45 minutes to reach the Jordanian Terminal. It was noon already and we expected that we would be in Jericho in two to three hours.

Excitement flared up once again. I glued myself to the window seat so that I could see everywhere that we were passing through.

The landscape and the view of barren deserts with palm trees, shrubs and small patches of green bushes and pastures scattered scarcely started to attract and soothe my eyes. The taxi driver was very friendly and kept explaining and describing the places we passed through to us, on our way to King Hussein Bridge. The cool and dry but fresh breeze, which permeated the semi-desolate and solitary stretches of the barren but serene landscape, infused me with a feeling of tranquility and was very relaxing.

The taxi driver switched on the radio and played some Arabic music which reinforced the feeling that we were experiencing of being in an Arab land. Now we were far away from the hustle and bustle of Delhi, the capital of India.

It was so quiet and tranquil there, that I could not stop thinking about how paradoxical this place is, which is also the most conflict-ridden part of the world. Suddenly the car screeched to a halt and I was torn from my thoughts. We stopped for coffee in a small café beside a mosque. The view of the far-off stretches of land from this particular spot was beautiful. The mosque and the café were signs that there should be people around but we could not see many.

We resumed our trip to the Jordanian terminal of KHB. These places are around the Dead Sea and are below sea level. The taxi driver told us that we might feel like throwing up when we passed through the area around the Dead Sea but I didn’t feel anything like this.

We reached our destination after some time and unloaded our luggage from the taxi, and said goodbye to the driver. He was a very sweet person and promised that he would visit India soon. However, he said something when he was about to leave. He smiled and said:

His words created a sober atmosphere. He made us feel his helplessness and pain even when he was smiling. We were reminded once again that this trip would be a blend of happiness as well as of gloom, of high as well as of low spirit, of exploration of beauty as well as of repugnance and might even be much more than that. I realized this visit to Palestine would leave me in a pensive mood every now and then.

We were then taken to the departure waiting room, where we handed our passports to an agent sitting at the first window. Along with us, was the Australian delegation and there were around 20 of us going to the camp. I had no idea that we would have to wait again in the departure waiting room for almost one and a half hours. However, by then we realized waiting would be a part of our journey. We accepted this and waiting could no longer affect our moods. After a little bit of questioning by the border agents, we were asked to leave our passports and then board the shuttle service buses. We did as they said.

After some time the border agents returned with our passports and handed them over to each person personally. We could then leave. One of the Palestinian organizers (a woman) accompanied us to assist our crossing of the KHB. She looked strong, bold and assertive. She was quite the opposite of the image portrayed of Arab woman in the media and especially in Hollywood movies. I had read quite a lot about Palestinian women’s struggle and their brave encounters and stories, but this was the first time I met an Arab lady in her own land. I instantly liked her.

I didn’t know anything at all about her personal life or if she is a supporter of gender equality, but the way she was dealing with the men around her, reassured me and brought a smile to my face. I was happy to meet a woman like her in an explicitly patriarchal society.

So when people say that the West Bank is a journey of just two to three hours from Amman, never forget to include a number of intermittent and prolonged gaps which is nothing but a glimpse into the everyday life of Palestinians. A life infused with daily experiences of “waiting”.

The moment we reached the Israeli terminal, all that I could feel was an adrenaline rush. I didn’t know what to expect. I simply said to myself, “Let’s see what happens next”.