India’s culture is among the oldest in the world, its roots going back to as early as 4500BC. Many sources describe it as “SaPrathama Sanskrati Vishvavara” – the first and the supreme culture in the world. Over the past years, it has grown to be more diverse and unique. Many elements of India’s diverse cultures, such as Indian religions, Indian philosophy, and Indian cuisine, have a profound impact on the world.

Charity and philanthropy have always been in the ethos of Indian traditions. Individuals and religious institutions have been contributing to the welfare of the poor since antiquity. Alms giving, offering food, and giving zakat, the Muslim tradition of giving, are some of the forms of charity motivated by Indian religious beliefs.

People in India have been following the principle of “Paropkar param dharma” – selfless service is the greatest religion – for thousands of years. There have been numerous examples of selfless service, charity, and philanthropy all over the Indian subcontinent over the ages.

Helping others is a virtue that has been imbibed in our upbringing over the centuries. Providing food to a hungry individual is considered as the holiest of deeds among Indians.

Jamnagar is a city located on the western coast of India in the state of Gujarat in the Saurashtra region in the district that goes by the same name as Jamnagar located on the southern coast of the Gulf of Kutch, with a population of around 2.16 million. Its history dates back to 3700 BCE as sites for the Indus Valley civilization which is one of the oldest and advanced civilizations. The majority of the population here live in villages and their main occupation is farming and fishing as this district has a long coastline.

Situated in the city of Jamnagar Rog Vimochan Shree Gangamata Charitable Trust is a non-profit organisation which has been helping the poor and needy by providing them with food, shelter, financial help, medicines and free workshops for educating people in various skills for the past 56 years. First established in 1962, the organization first started to give tiffins (a type of meal, which can refer to midday lunch or, in South Indian usage, a light breakfast) to a small number of poor people by going from house to house in its first year of operation. After some time, the organization shifted their work to a room which was given to them by the G.G. Hospital. Moving to different places over the years and growing, today the Trust is established near to the G.G. Hospital. 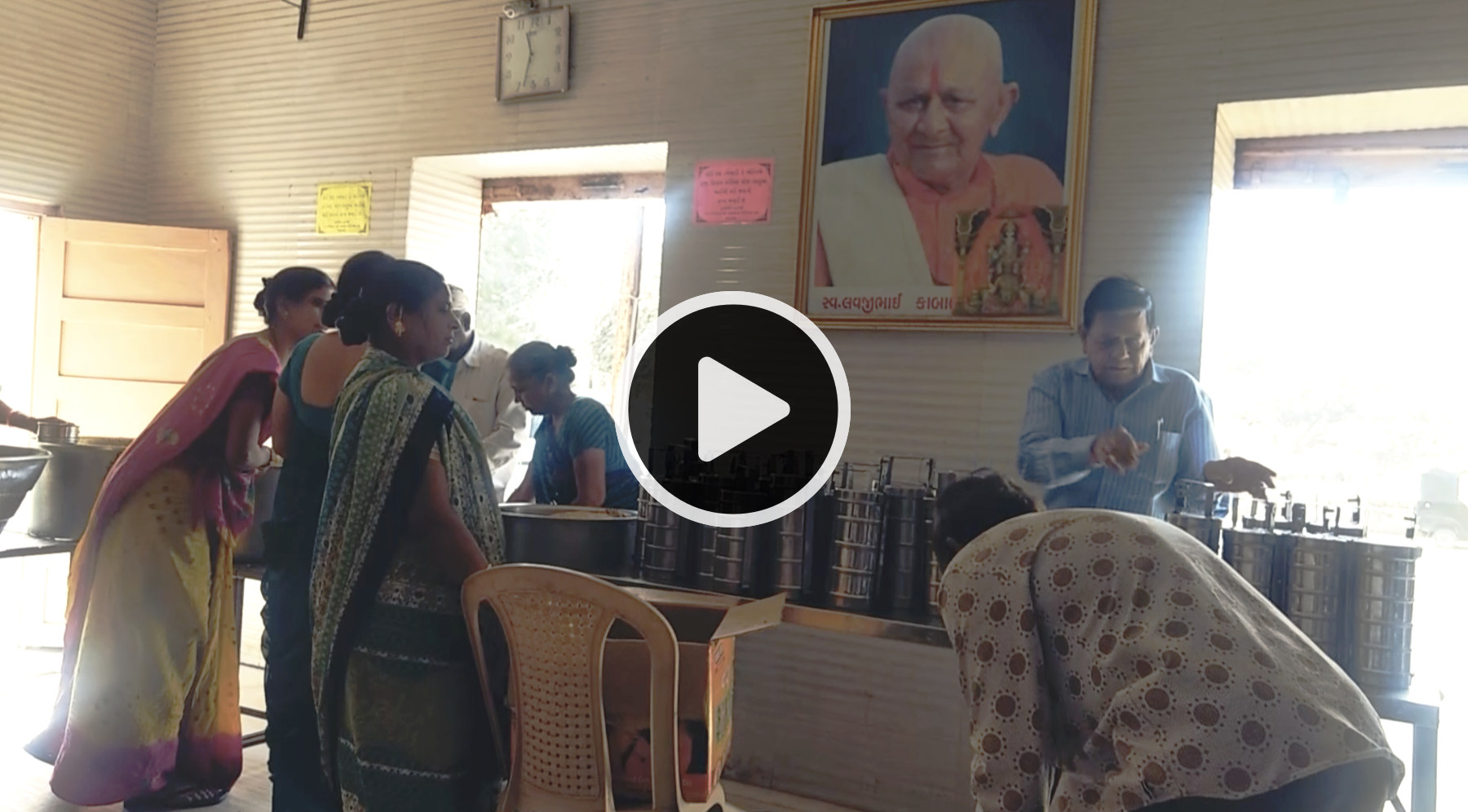 This Trust was established in 1962 by a farmer’s son, named Shree Lavjibhai Kababhai Patel, who lived near the district of Jamnagar in a small village called Khimrana.

The late Shree Lavjibhai was a very big-hearted person. He was so moved by seeing poor people sleeping without having food at night that he decided to do something for such needy people who need some help and founded this Trust, donating half of his wealth for the well being of humanity.

In this good deed, the late Shree Lavjibhai had another three great personalities who provided him with a helping hand. They were the late Dr. Swami Maha Chaitaniya Nishtak, Jivrajbhai Devjibhai Kakadiya & Devjibhai Thakkar Singhbhai kakadiya and they all contributed Rs. 3000 each in the establishment of this trust and the position of marketing director of the Trust was given to the late Shree Lavjibhai Patel.

In order to improve the distribution of food process and because the Trust became so successful in providing food to the needy, the late Shree Lavjibhai decided to quit all his business activities and to donate all his money to the Trust.

Every day the Trust serves food to at least 1,000 needy people. They are served two meals a day. Food is also provided at no charge to patients who are admitted to the G.G. Hospital and their relatives as well as to the poor in Jamnagar. The Trust goes from home to home, offering tiffins to the handicapped, the blind or widows. The tiffins are delivered to them by battery-operated rickshaws and the organization delivers tiffins 365 days a year without fail.

The work which is currenty being carried out in the education section is:

The classes for the children have been run for the last three years for free. The pupils are given books, guides and all kinds of study materials without having to pay for it. This facility is only available to children who are poor and who can’t spend any money on their studies. The Trust also provides financial help for poor girls who are getting married.

The Trust also runs a general clinic where an experienced doctor treats and advises all kind of patients in an effort to solve their problems. Blood donation ‘camps’ are also organized from time to time. The Trust has also given 2 wheelchairs to the G.G. Hospital so that any patient can use them. All of these services are provided free of charge.

This Trust provided food and medicine after the 2001 Gujarat earthquake. Further, the Trust also operates two ambulance service free of cost for needy patients. In the maternity ward of the G.G. Hospital, every day, pregnant women are served hot and sweet “Shira” (a pudding) made in pure ghee and in the children’s ward, fruit and blankets are donated from time to time.

The Trust is completely dependent on donations from people. Several people donate to the organization in different ways such as donating grains, rice, and pulses and providing monetary help. These kind of charitable trusts can be found all over the country, helping needy people and justifying the thousand year old Indian culture and tradition of “Paropkar param dharma”.