For almost two years now I have been travelling around the world. What began as a trip to Asia after my graduation has turned into a long-term project and my current concept of life. Travelling consciously, to learn, to grow and to get to know my environment, my fellow humans and myself better.

The first country that I visited when I left in 2015 was India. Since then, India has had a hold over me and in the meantime I have been here three times, each time for a few months. When I stepped onto Indian soil for the very first time, I knew immediately: this country is very special.

India’s culture is unique and is full of contradictions. In one day you can move between different extremes – from total amazement to being speechless and at times shocked at some of the conditions in this country. The beauty and openness of the people, the diverse culture and spirituality, on the one hand, and, on the other, the large amount of rubbish, the noise and the still prevailing inequality between men and women. These are only a couple of the many contradictions and extremes in this country.

Because all senses are brought into play in such diverse ways on a daily basis, I have discovered the great potential for me to examine closely what is happening around me and to learn more about people and the world in general.

In India, it is often helpful to develop a good and healthy intuition. An internal voice that tells you what the right thing to do is in a situation. This is generally a good quality which is needed when travelling and which becomes increasingly pronounced.

My journey began with a one-month training course to become a yoga teacher in a traditional Indian ashram in the desert in Rajasthan. Upon completion, many doors and possibilities began to open. As a result of becoming acquainted with life in an Indian ashram and of gaining an intensive insight into the world of yoga, for the first time I discovered the origins of this ancient philosophy in a profound and authentic manner.

In India, yoga is regarded as a life concept which leads practitioners of it, through continuing practice, to connect their spirit with the universal energy – for this is what yoga actually means: “union with the universe”. And even if your objectives are possibly not so ambitious, yoga can still help to place you in a state of inner peace and acceptance.

The path to this state does not only consist of physical exercises, the asanas, but also include, in particular, meditation as a very important element as well as karma yoga, the path of unselfish action, rituals such as reciting mantras and Ayurveda as a holistic health and nutrition concept. Learning in this area never stops. And anyone who becomes enthusiastic about it can put out his or her sensors in all directions and continue to learn, to experience, to practise.

I continued my journey through India and later through some other countries in South East Asia while a thread begins to run through my path as if of its own accord.

The inner desire to learn, to apply what I have learned and to establish it in my life led me to longer meditation retreats, yoga centres and massage courses in the countries I travelled. These are places where I grow and where I can quench my thirst for more experience. But time and again, I was drawn back to India. The country of contradictions, of yoga, of living spirituality and of a huge spectrum of religions.

At this moment, when I am writing this text, I am in Northern India. I am visiting this region for the fourth time already. Dharamsala, my home for a limited time, is very popular with travellers and above all well known because, since 1959, it has been the place of exile of the Dalai Lama who, like many others Tibetans, was forced to leave his country due to the violent occupation by China.

The centre is the town of McLeod Ganj, with its significant temple and the residence of the Dalai Lama. Anyone who wants to learn more about Buddhism comes here. I personally have been drawn to this region so often not only because of my deep interest in the Buddhist philosophy but also because of Ayurveda, the Indian health system and a knowledgeable Ayurvedic doctor who has taught me more about this holistic body concept.

If I look back at the past two years, I am amazed and grateful that my journey has led me to where it has. Everything began with my passion for yoga and the desire to travel and I was led to a deep interest in the Indian culture, Ayurveda, meditation and Buddhism. In this time, I have discovered many new facets in myself and I have made travelling my life.

Instead of travelling from one place to another and visiting as many countries as possible, I have chosen to return to places which have drawn me to them and which have fascinated me. If I liked a place, I made my temporary home there and gave myself time to learn something and to delve deeper. This concept of travelling developed over the course of time and has become my life.

Time and again, I return to my homeland, Germany, for some time and plan what to do next. This is good in order to maintain a link to my “old life” and to reflect on what I have experienced:

What have I learned? What can I do with this knowledge? And where will my next journey lead me? 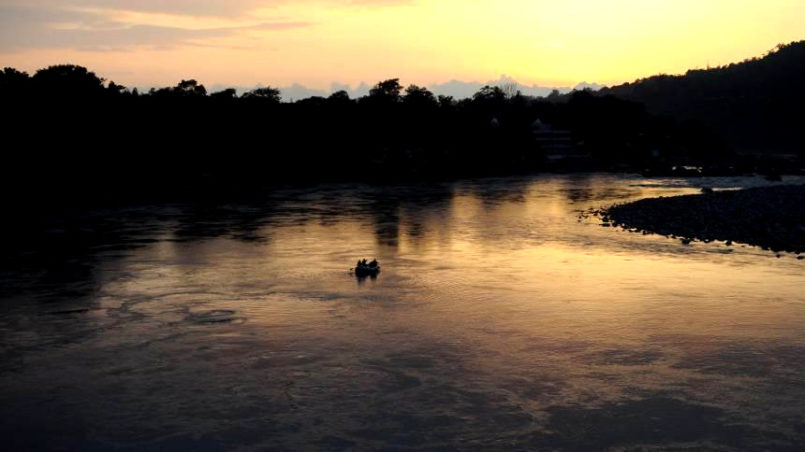 In this series of articles, I would like to share my experiences and to give an insight into subjects and thoughts which have accompanied me on my travels. In my next article, I write about Ayurveda and how I integrate this into my travels and into my life.