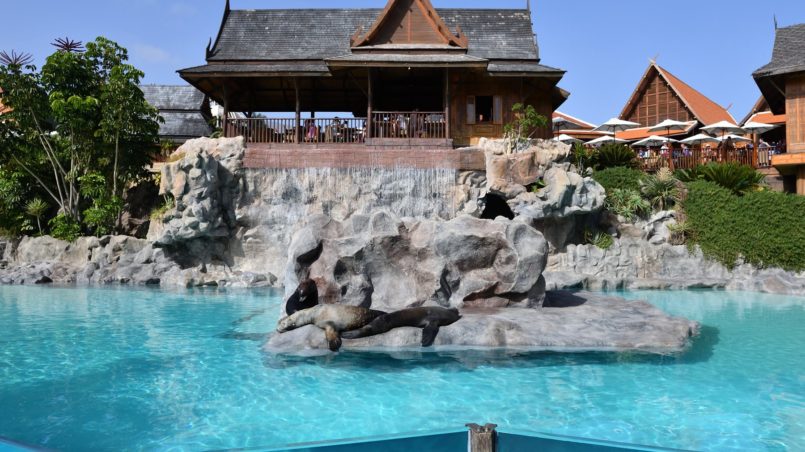 To avoid a long wait, we packed up right after breakfast and took a cab to “Siam Park” – taxi prices on Tenerife are really affordable! When we arrived – before the park had even opened – a long queue had already formed. At exactly 10 o’clock, the park opened and the crowds downright stormed inside.

The main attraction in the Park was undoubtedly the “Tower of Power”, a 28m high, nearly vertical slide, in which a maximum speed of 80km / h is possible. The last part of the shoot leads through a Plexiglas tube inside a huge shark tank. 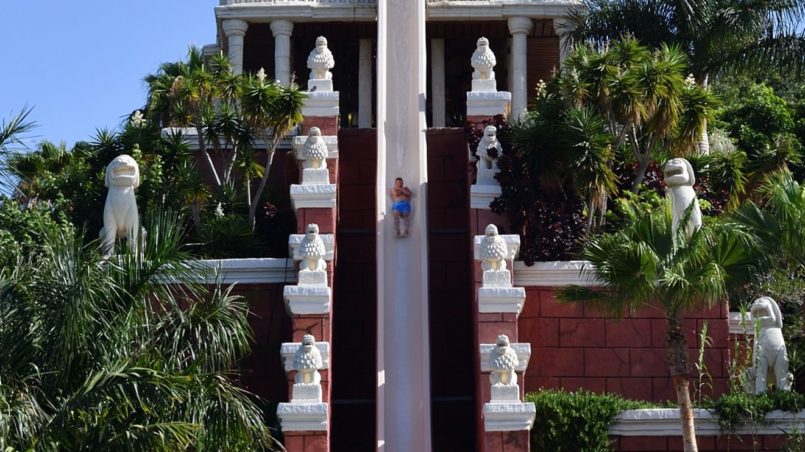 The park is beautifully landscaped, with many varieties of plants, and strongly reminiscent of a jungle. Besides the main attraction many more slides are offered, such as “Jungle Snakes”, “Naga Racer”, “The Lost City”, “Volcano”, “Dragon” and many more ..

The offer of Siam Park is very large and varied – not without reason is it considered one of the best water slide parks worldwide – unfortunately though, it is also very over crowded, so that we had to wait at least 20 minutes for the smaller slides and between 30 and 50 minutes for the large ones. That kind of spoils the sliding adventure. While, admittedly, there is the possibility of buying a “Fast Pass”, taking you past the waiting queue, this can be done but once for every slide.

My conclusion is, that the park is certainly worth seeing, but requires a lot of patience. It would make sense to introduce a maximum daily number of visitors, so that it doesn’t get quite so crowded. That, however, would mean a cash loss for the Park …