The question discussed is whether we are in the age of populism. In many European countries, but also globally, populism seems to be on the rise. This also raises fundamental questions for our liberal democracy and society.

Ms Priester, you have studied the history of the concept in great depth; what is your definition of the term?

When I began to deal with populism, it was not seen as a European but rather as a non-European phenomenon, which was explained as a movement in countries where social differences were enormous. It was believed that this could not happen in Europe because, first, we are much more developed industrially, and second, we have strong workers’ movements representing the interests of the lower social classes.

In Europe there has been talk of populist movements only since the 1970s – the real upsurge of the term came after 1989.

Populism is a flexible and chameleon-like phenomenon that can only be defined from country to country. But there is a common thread, the polarisation between “we” and “the others”. Who “we” are is relatively clear: the people – and namely, the middle and lower social classes.

Finally, I see populism as a protest movement of people who feel excluded from politics, because, according to their thesis, the prevailing parties have joined together in a cartel.

Mr. Müller, what is your definition of populism? In an interview for  “The Standard”, you said: “Populism is the shadow of democracy, it is a specifically modern phenomenon” …

If Donald Trump’s speech writers had been intent on contributing to a textbook on populism, one would have to congratulate them. Perhaps you remember the inauguration speech in January, when Trump said, “Today the power has been returned to the people.” So when Trump reigns, the people reign.

Not everyone who criticises the elite is automatically a populist. Populists are those who say: “We and only we represent the true people!” Or as the populists like to put it: “the silent majority”.

This has two damaging implications for democracy from my point of view: Firstly, populists say that all other competitors for power are fundamentally illegitimate; however, populists do not simply criticise – which is perfectly fine in a democracy – but they moralise and personalise. Think of the extreme things that Donald Trump accused his opponent of in the election campaign. For populists though, this is not the exception.

The second consequence is that populists question those people who are of a different opinion, who do not support them, and do not regard them as belonging to the people. Think of the triumph of Nigel Farage during the night of the Brexit vote: “A victory for real people.” This really implies nothing other than that the 48% who wanted to stay in the EU were somehow not “real” and therefore do not really belong.

Populism is not so much about anti-elitist, but rather about anti-pluralism. 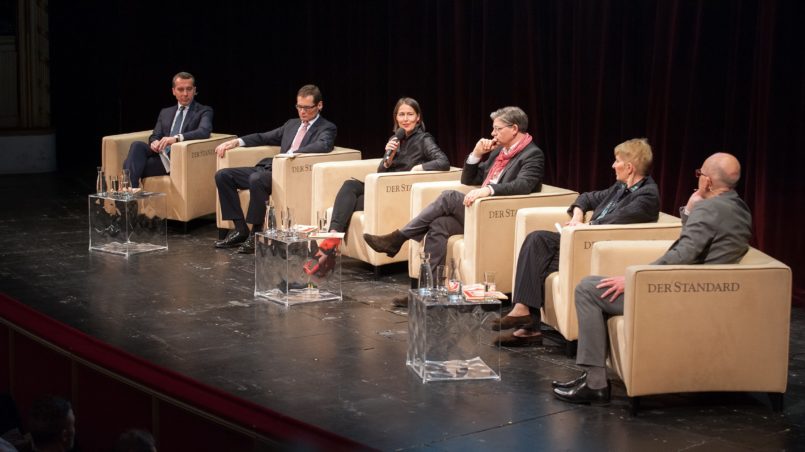 Mr. Bude, what does populism look like from the perspective of a sociologist?

I differentiate between popular politics and populist politics. Any policy which wants to be successful must be popular. Populistic means intensification, a “we-you” confrontation, this is the crux of the matter.

What strikes me with populists is the resentment – it is a re-staging of an affective basic constellation of  impunity, of distinction and of disdain.

The populist, filled with resentiments, evokes this situation again and again, and people want to experience it again and again. And this grievance must find expression. This is Trump’s formula: “I know your grievance, and if your vote is with me, you know I am aware of this grievance.” Donald Trump has a keen sense of this hurt, and that is the success of populist politicians.

The fact is, many people indeed feel aggrieved and belittled; others also have the impression in our society that their lives, their perception of how the world should be, is not valued.

Roger Köppel, you belong to the SVP, which is also considered as right-wing populist – do you discern the grievances?

I am Swiss and live in a direct democracy, which is often referred to as being populist, above all when the Swiss vote in a way that is generally considered inappropriate. When you grow up in a direct democracy, you learn from the beginning that citizens, not politicians, decide. It follows that politicians must take the citizens seriously in their concerns, their opinions, their prejudices and sometimes their absurd notions.

If the Swiss, for example, do not want to become a member of the EU, one can go ahead and call them “country hicks”, thinking that they are resentful, but this is not how people can be convinced.

You must confront it with it, you must disprove them. And here I have my problem with the term populism: this is a polemical expression, used against the opposition, against those who have an opinion that does not fit. I am all for discussion, including with the so-called populists.

I am pleased that the willingness to speak with populists is increasing, the exclusion via these slogans works less and less. And there are reasonable concerns, which must be accepted by politicians. And the unreasonable should be disproven and communication with the people be continued. 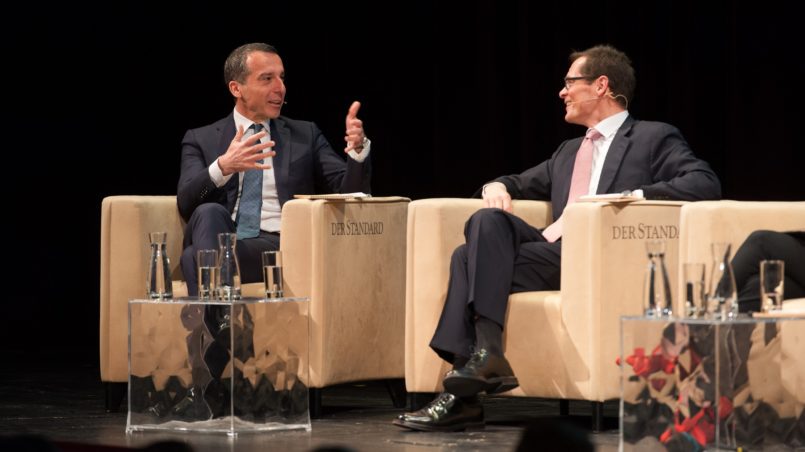 I consider two points to be very crucial, and I will follow up on Mr Bude’s words here: the resentments, which very decisively determine the course. A distinction has to be made between the scientific definition of populism and the political-practical one.

These resentments represent the age-old hard right; I see no modern development, but this exclusion, this being against each other, has always been typical of right-wing ideologies.

Mme. Gertrude best defined populism in saying that all the offending, the denigrating, the disrespect for others, is something we have all seen before, and that it was all about bringing out the worst, rather than the decent, in people.

That is why I think that the term ‘populist’ is almost too harmless, because it has to be named for what it is and be clarified that this is a demagogic discourse that consists only of producing enemy images in others.

And now I shall come to the point that distinguishes me from Mr. Köppel: There is permanent talk about migration, refugees, identity and cultural irritations. The dialogue in Austria basically consists of all and any problems of society being inescapably and exclusively attributed to migrants. This is exactly what we have to get away from, because this course obscures the real problems.

In the second part of the discussion the question of left wing populism is investigated and the development for the near future is assessed.