As a struggling country, Nepal faces a huge amount of problems on its way to progress and development. Although there are innumerable problems which Nepal has to deal with, road traffic injuries in Nepal has become a burning and sensational issue. Road traffic injuries in Nepal occur daily – in fact, every hour, taking the lives of thousands of people across the whole country every year.

Although globally road traffic injuries are the eighth leading cause of death and this figure is projected to rise to the top five by 2030, in Nepal, they are one of the most common causes of death. Although their frequency is already high, it is predicted that their number will double by 2030. Accidents involving buses occur more frequently in Nepal, especially during festivals in hilly regions, whereas other accidents involving motorcycles, micro-buses, cars/jeeps/vans, etc. occur in small towns, cities and Terai regions. 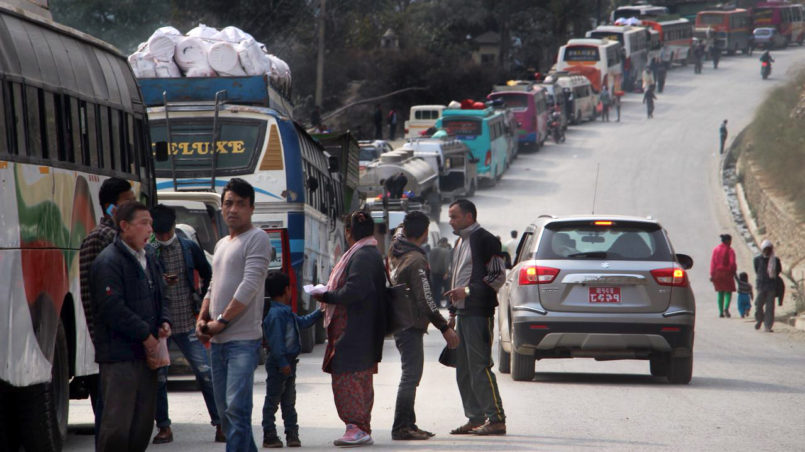 According to the data of the Department of Transport Management (Do.T.M), 211,969 new vehicles were registered in the country in the first six months of 2016-2017. Approximately 80% of these vehicles are two-wheeler (motorcycles), followed by light vehicles such as cars, jeeps and pickup vans. This increase in the number of vehicles on the roads has been accompanied by an increase in the occurrence of road traffic accidents and related injuries in Nepal.

The mortality rate per population due to road traffic injuries almost doubled from 2001 to 2013, suggesting that this is a silent epidemic in Nepal. The mortality rate of 7/100 000 population derived from police data in a study for 2011–2012 is lower than the WHO estimate of 17/100 000 population for 2013, which suggests that not all road deaths are included in police data. In Nepal, the deaths caused by road traffic accidents mainly occur on highways and district roads outside Kathmandu valley or other major cities. The majority of such accidents involve buses in hilly districts, where buses frequently go off the road in the hilly terrain. Owing to the hilly and rocky terrain, the likelihood that passengers survive is low. 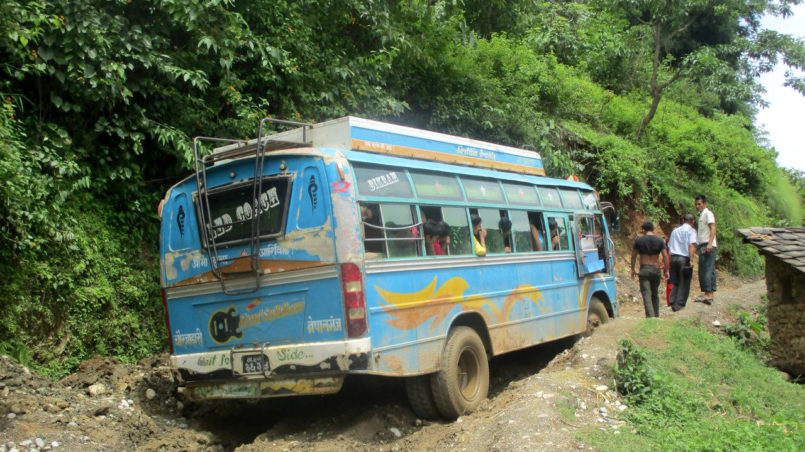 Apart from the traffic police data, other sources of data related to road traffic accidents are derived from hospital medical records. Previous hospital-based studies found that persons in the 20-40 age group, males, pedestrians, and motorcyclists are most likely to be the victims of road traffic accidents. This is somewhat expected considering the popularity of motorcycles among those between the ages of 20 and 40. Drivers of vehicles are predominantly male in Nepal. 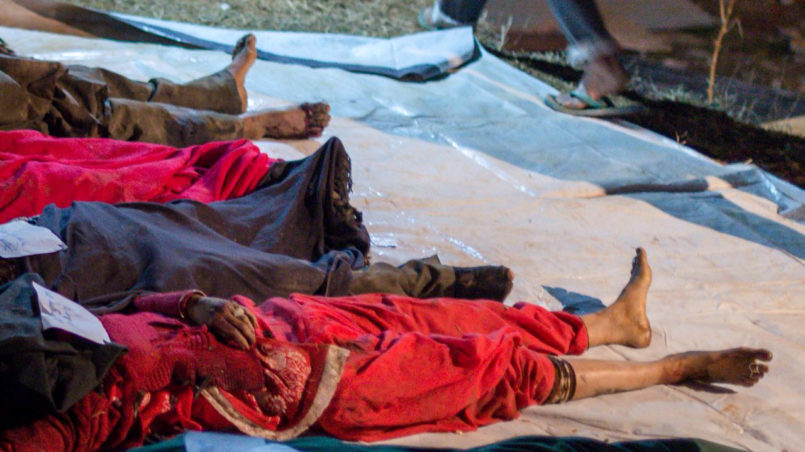 According to a report by the Metropolitan Traffic Police Division, most accidents occurred due to the negligence of drivers – in 2015-2016, 3,038 accidents occurred due to the fault of drivers. A further report indicated that drivers’ negligence caused 7,432 road accidents followed by 1,273 due to speeding, 321 to driving while intoxicated, 321 due to the recklessness of passengers, and 226 while overtaking vehicles. Similarly, 245 accidents took place due to mechanical breakdown, 53 due to overloaded vehicles, 34 due to the poor condition of roads, 34 due to straying animals and 14 due to bad weather.

In the report covering the period 2011 to 2016, drivers’ negligence was indicated as the main cause of road accidents, followed by speeding and then driving while intoxicated, while technical error, overtaking from the wrong side, pedestrians’ negligence, driving in an inappropriate way and other causes were also named as further causes of road accidents.

The reports also state that the majority of accidents involve motorcycles and scooters – in 2015-2016, the figure was 2,249. Motorcycle riders undertake dangerous overtaking maneuvers. Studies show that most road traffic accidents occur in cities, with pedestrians being more likely than vehicle users to be victims. Data shows that in 2015-2016, 39 pedestrians lost their lives in road accidents. Not following traffic rules, failing to use overhead bridges which are intended for pedestrians in order to cross roads safely, crossing roads without taking the necessary care, etc. are the reasons why pedestrians become involved in road traffic accidents. In 2015-2016, 17 females and 90 males died in road accidents throughout the country.

In Nepal, there are various causes and reasons behind this huge incidence of road traffic accidents. In the next part of this series, I will look at these in more detail.