You may recall … On Monday, September 26, 2016, our Idealism Prevails team took Dr. Daniele Ganser’s visit to Vienna as an opportunity to talk with the Swiss historian, energy  and peace researcher “person to person”.

In the second part of our “rubbing shoulders” series, Mag. Christian Janisch wants to find out Dr. Ganser’s views on the toughening of language which has obviously become more aggressive in tone following developments in social media.

In social media, there is a brutalization of language, which can be observed, for example, in the commentaries on certain topics, such as, most recently, the Federal President’s election in Austria. Do you see – from a peace researcher’s point of view – a way of responding to this without falling into the surveillance trap at the same time?

I also do not know how to escape it. However, I think it is exciting from the perspective of peace research that social media, that is, Internet-based communication, has grown enormously in the last ten years. I am always interested in the historical perspective. I am now 44 years old and have experienced time both without and with Internet. This is our advantage over the younger generation – for them, the Internet has always existed.

I can remember: I was a student in Amsterdam in 1996. Other students said, “Daniele, are you coming to the Internet? There’s a special room here at the Amsterdam university, whith 50 computers in a line, all connected to the Internet with a cable!” I asked, “Internet, what’s that, then?” I said that in 1996! [Laughs] And they replied, “We don’t know either, but it’s interesting!”

And when you are a student and something new emerges, that’s where you go. It was, however, a total disappointment. The first website I entered was “Boeing,” an arms manufacturer and aircraft company, because I always thought aircraft were great. Perhaps you, too, remember – it was 1996, so 20 years ago; one has to bear that in mind. So the website started loading [mimics slow charging noise: ssst – ssst – ssst], only then did the home screen appear. And upon clicking a hyperlink, the same thing happened again. I went through this five more times. After ten minutes, I just left. My first encounter with the Internet was brief… this wasn’t for me.

As a historian, I also see the historical background: after all, the Internet had already existed previously, e.g. in the Ministry of Defense. However, it only became accessible to the public in the nineties with the first user-friendly browsers, such as the Netscape Navigator.

So, simply put: We have had the Internet for 20 years. And now I draw a comparison and say: Ok, how long have we had book printing? 500 years.

What was there before printing? No Internet, only handwritten books. So 500 years ago, there were no books at this very spot, or at least only very, very few, which were extremely valuable. They were written in Latin, and hardly anyone could read them. Then came book printing, but at first there was only one single book: the Bible. The bestseller for everyone! However, hardly anyone could read it, as most people were illiterate.

And then further: when did newspapers appear? Exactly, we have had newspapers for 100 years. When does television come into play? 50 years of television. Or maybe 70 years, depending on the country. 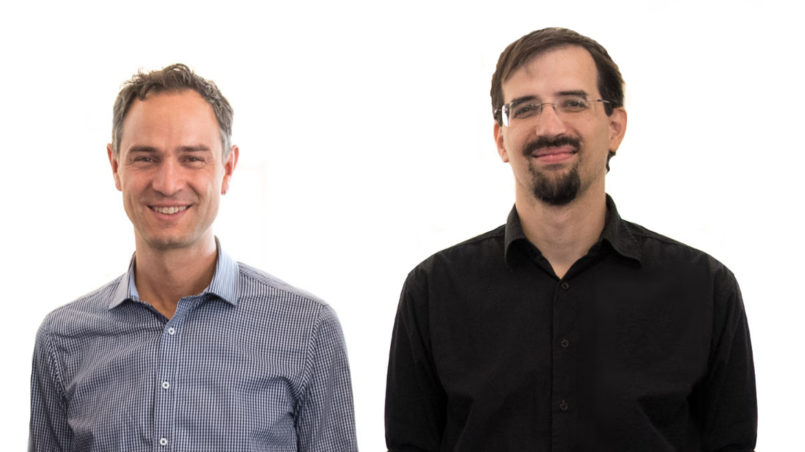 And this compared to: 20 years of Internet. There is an absolute revolution in progress, and the units of time are getting shorter and shorter. Today we all know how to read here. And everyone has access to high-speed connections.

Last night at the Hilton here in Vienna, I had the choice: shall I watch the news on ARD? One click away, right in front of my nose, there are 30 TV channels. Or I take my Natel and enter Youtube with a click, look, here I just found a piece by KenFM, an interview with Prof. Mausfeld. So this is what I end up watching.

Thus, I have a plurality of sources into which I can tap, and I find this to be an  improvement on the whole. It is a step forward for peace research. We have the opportunity to record things, to put things online, to strike up a conversation – that was undreamed of before.

If you wanted to print a book earlier, you had to speak with the clergy first. You would have been asked: “Well, what is it you want to print?” Then you might have said: “We are peace researchers, we are against exploitation, war and violence.” “Against what wars, precisely?” And you would have answered: “We will criticize all wars, yes, even your wars.” [Laughs] Then they would have said, “Go straight home, and be thankful we don’t lock you up.”

Today we no longer have to ask someone’s permission; we just go online – within seconds. This is the advantage. The disadvantage is, of course, that the Internet reflects the state of consciousness in which we currently find ourselves. If we are in a state in which we feel like throwing insults at someone, that will happen. If we are in a state where we take responsibility for ourselves, then that is what happens.

And I think there is a certain percentage of people who are very angry. These people have so much anger and unchanneled emotions which they then let off on the Internet – something they would not take the liberty to do in a normal conversation. You use a pseudonym, log in, and then just verbally bash up others. They will harrass you back, however, because  they have the very same problems. And that has a certain dynamic to it.

But this is only emotional chaos and no gain in knowledge. Nor is it even a process for the participants, they are merely letting off steam. And I think that is one expression of social media.

But there is another expression, which is much more positive: distinctions are made. Opinions are accepted. People learn from each other, rather than ignoring each other. This is actually the point. I know many people who study via the Internet and who say, “I think it’s great, the lectures are free, I have a teacher here at the touch of a button.” And not only teachers on international politics. I have a friend who wants to play didgeridoo, and there aren’t that many teachers around for this. On the Internet though, he has found his favorite teacher for the didgeridoo from Australia. And then there are those simple Youtube video courses in ten steps, you just watch it and then copy it. It is, after all, free.

I really hope that, all in all, the educational effect will prevail and the Internet won’t take a nose-dive, turning it into a mere bog, in which to throw rotten tomatoes at one another.

In the third and final part, our Idealism Prevails chief editor confronts Dr. Daniele Ganser on the topic of “Woman and Violence”.