According to the former Ambassador, Gabriele Matzner-Holzer, the Minsk Process aims to find a peaceful solution for the Ukraine conflict. So far, the disputes in Eastern Ukraine have, according to the U.N. estimates, claimed 10,000 human lives and turned millions of people into refugees. On an almost daily basis, the OSCE reports from violations of the protocol by both sides.

After many international attempts at conciliation since the start of the crisis, the Minsk Protocol was established in 2015 in the Normandy format (Ukraine, Russia, Germany, France, without the USA) – the Austrian, Martin Sajdik, chaired the discussions. Only few of the 13 points mentioned there have been implemented until now, which is probably also due to the involved powers having different interests. To date, the sanctions and counter-sanctions which were introduced have missed their target and mostly hit the sluggish economy of Europe.

The Minsk political scientist, Alexander Shpakovski, describes the economic damage to his country which has been caused by the Ukraine conflict: the foreign trade with the Ukraine decreased from seven billion dollars to 1.3 billion. Due to the loss of tax revenue, Belarus had to request a loan from the IMF. The medial and real disputes have also led to a division within Belarus, with security policy consequences. 135 citizens were sentenced after they fought in the Ukraine. The border guards had to be strengthened, the nuclear power plants, which are close to the border, created another source of danger. 150,000 people from the Ukraine fled to Belarus.

An international solution by means of UN mandate is only possible if all of the involved opponents of the conflict share the intention to deliver peace. The European position towards Russia is by no means as clear as the sanction decisions would show. The Ukraine is given the greatest moral support from the Scandinavian countries. But in reality only little help flowed to the Ukraine; it rather became a victim of the power poker between the West (the USA and the EU) and Russia. It was a mistake to give the Ukraine the choice between “Russia or Europe” –  it should continue to function as a link between these two worlds.

According to political scientist, Gerhard Mangold, both Russia and the European Union followed an unwise strategy before the conflict. Both tried to bring the Ukraine into their sphere of influence. But only Russia alone is responsible for the military escalation – even if that is understandable from the Russian point of view. Russia is not only a mediator in the Minsk Process but also an aggressor in eastern Ukraine. This is one of the reasons why Minsk II cannot work. Mangold understands that there was great resistance against the government and their ideas for laws (e.g. the abolition of minority rights) in eastern Ukraine in 2014. Nevertheless, there was not a majority for the annexation to the Russian federation, neither in Luhansk nor in Donezk. This only changed after the military escalation.

Currently no side involved in this conflict is interested in making Minsk II work. The Protocol was constructed in a way in which it was not possible to successfully implement it. There were far too few timelines and also no clear sequence stating which of the 13 points should be implemented first. The respective points were clear, but completely illusory – and no side wanted and could meet the expectations of the others without committing political suicide.

Currently there are more and more voices in Kiev which want to solve the conflict militarily. Due to western support, the Ukrainian military is much stronger than it was in 2014, and without the Russian support of the Donbass, the war would have perhaps been won quickly. If this war party prevails, that would mean the worst possible outcome for the Ukrainians, as Russia would then also commit itself more strongly. Mangold assumes that in future all sides will keep this conflict simmering – as in Moldovia and Georgia. Minsk II would unfortunately not change anything.

In the following panel discussion numerous interesting questions regarding this issue were asked and answered: 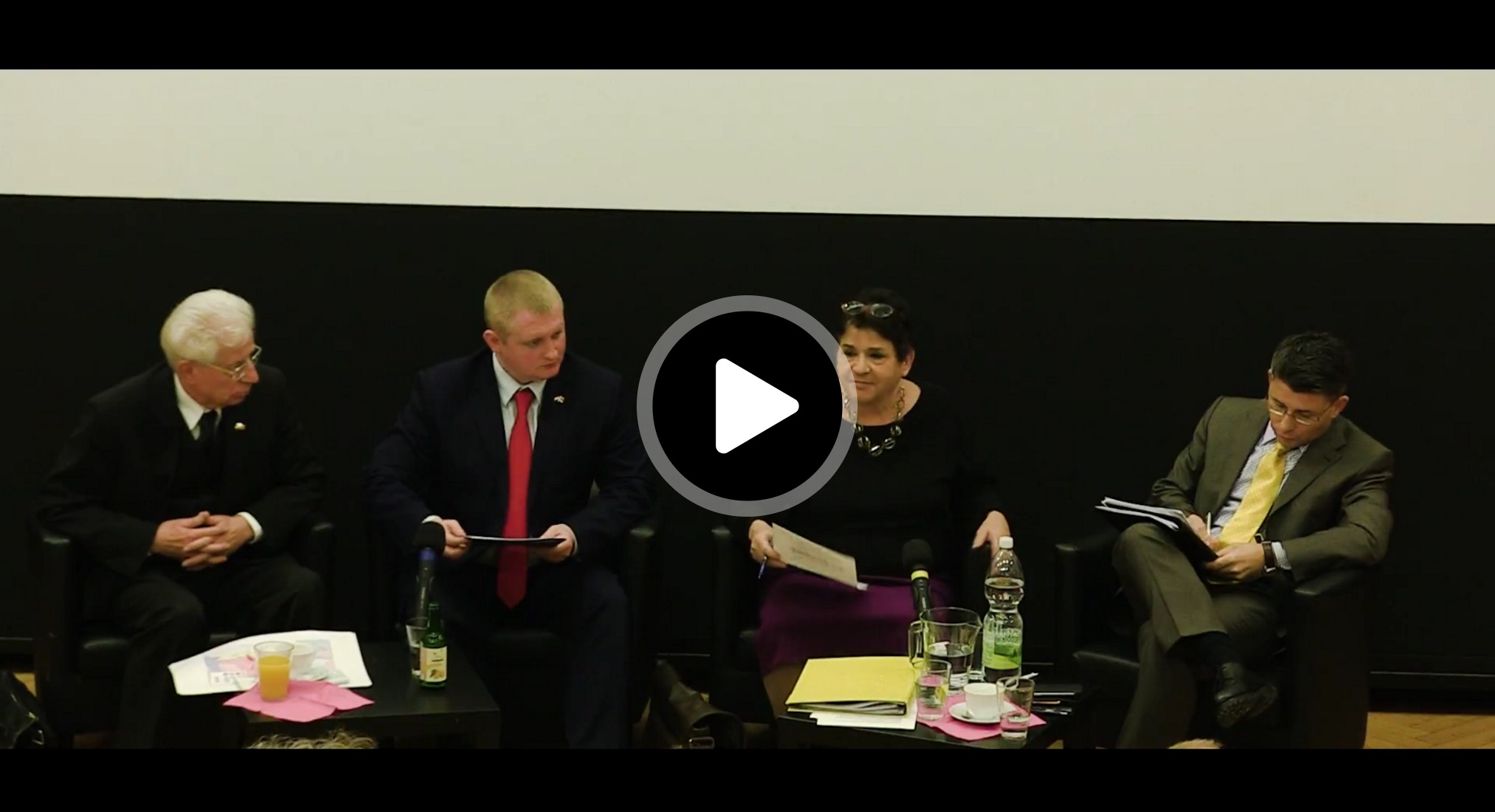