This is the follow-up to my article “My Journey with Scoliosis: Searching for Balance “. I will introduce the Indian clinic, “Bone & Body”, where I found a way to achieve the physical balance that I had been seeking for a long time.

Bone & Body is a full-service clinic that specialises in all possible limitations and malpositions of the musculoskeletal system. Their treatment areas include scoliosis and kyphosis, all kinds of joint and hip complaints, herniated discs, pinched nerves as well as pain and malpositions as consequences of an accident. Ringo Paonam‘s team, originating in the East Indian state of Manipur, found its own approach to correcting these physical ailments and limitations and they work directly at the root of conditions. Their focus is on:

Where does the malalignment originally come from and how can it be individually corrected to suit the respective body?

In Bone & Body, the alignment of the bone apparatus forms the starting point of the treatment, during which the joints and vertebrae are brought back to their original position. Ringo works on the individual joints in the alignment and brings them back into their natural position step by step. The procedure is very holistic and the body is given time to change and adapt to the new alignment. This method has nothing in common with a quick and radical adjustment that can overtax the body and is not permanent. 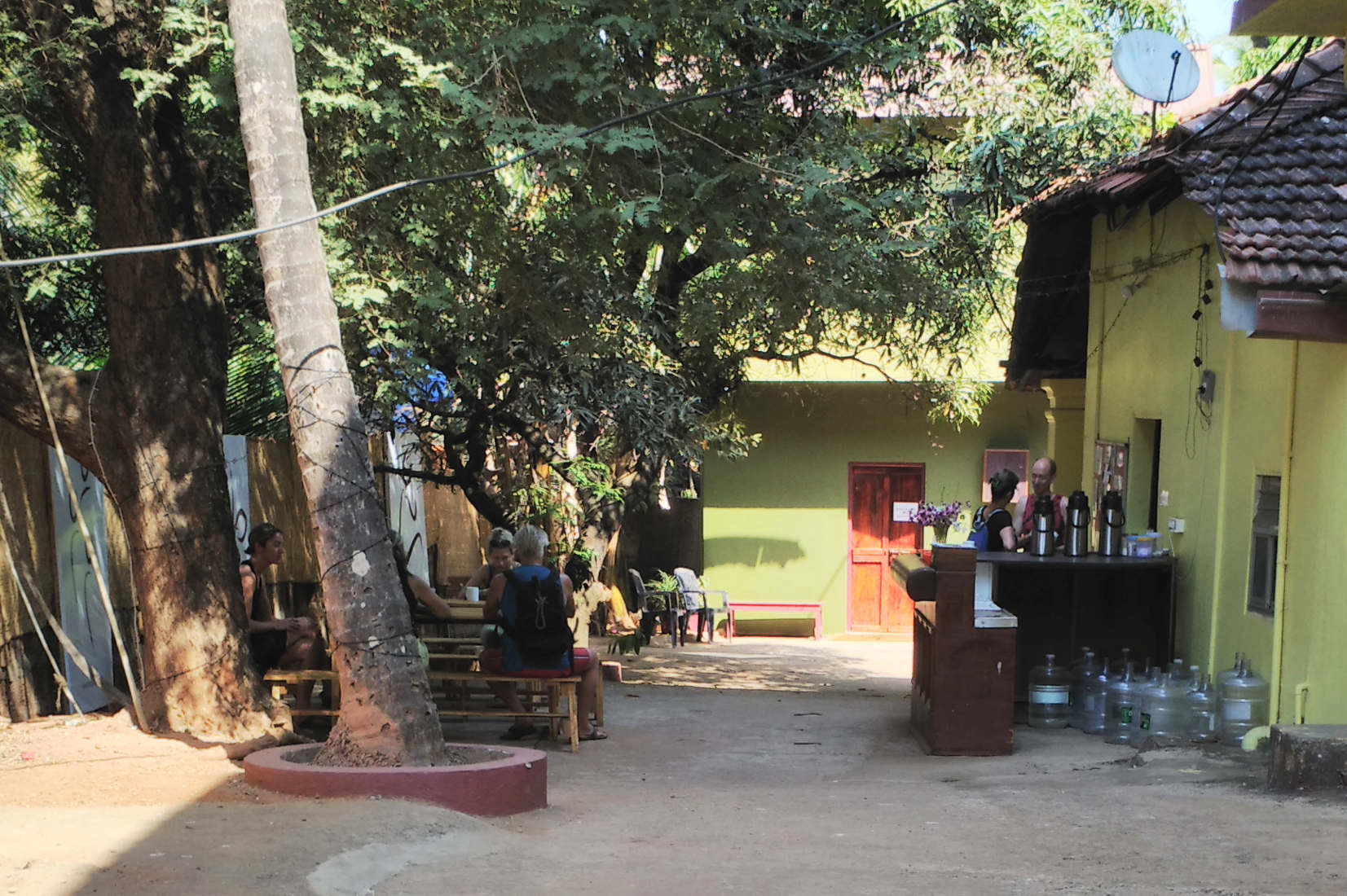 The roots of this approach are the ancient healing traditions of the East Indian state of Manipur. Ringo’s training is based on traditional martial arts, which he received at the Shihan Hiho Martial Arts Academy in Manipur, as well as Ayurvedic medicine and osteopathy. His wife, Miranda, comes from England and is the driving force behind Bone & Body. She leads the exercise program, takes care of the organisational aspects and is the good soul that holds everything together.

During treatment, Ringo takes a first look at the patient’s body without the use of X-ray equipment to determine the malposition and the source of possible pain. Many patients are therefore surprised to learn that their specific problem comes from a completely different part of the body than expected.

The clinic also supports and manages a research center in Manipur that aims to build a bridge between modern scientific medicine and traditional medicine, which has its origins in Indian culture from thousands of years ago.

Bone & Body creates a two-hour exercise program for a holistic balancing of the entire body, which goes once through the entire muscular system of the body and in which each individual exercise addresses three different muscles at the same time. The tendons and connective tissue are also strengthened in order to maintain the correction of the joints and vertebrae. Every patient, no matter where the suffering lies, goes through the same exercise program in order to create harmony over a long and continuous period of training and to strengthen the entire body equally.

In my case with scoliosis, I was used from the past to working in my physiotherapeutic treatments rather one-sidedly at the “weak points” of my body where the muscles had too little strength.

Here at Bone & Body I learned to include my whole body and found that over a longer period of disciplined training I could recondition my back muscles, which had become accustomed to their unbalanced state over years. Muscles were addressed which I had hardly developed before and which helped me to stabilize my overall body structure.

Personally, I find it very interesting to look into the psychological and not exclusively possible physical background of scoliosis. I have often wondered whether it is possible for a child or adolescent to develop a malposition if he or she goes through certain psychological strains and strong insecurities during adolescence and accordingly often adopts unsafe postures. Can the body grow accordingly and lose its balance not only psychologically but also mentally.

Miranda from Bone & Body says that something must have happened physically to make the spine develop in a crooked manner. The cause can, for example, already be a fall or something similar in childhood, as a result of which a vertebra has misplaced something unnoticed, which can then develop into a misalignment in the untreated course.

In general, my theory of mental imbalance and insecurity is not proven in people with scoliosis, but from a holistic approach, it makes sense to train not only the body but also the psyche with means such as meditation. A healthy, balanced diet is also advisable for more physical balance. Because if the body is physically already in an imbalance, one should look for balance on all life levels.

During the build-up program, Ringo supports my spine with its alignments to become straight. The fact that a correction of scoliosis is possible is often denied in classical Western orthopedics. That is why I had assumed for a long time that I could only prevent a deterioration of my condition, but could not achieve any correction. Bone & Body, on the other hand, is of the opinion that a correction of the malalignment is possible.

I myself can confirm that the curves of my spine have become much smaller since I started this program. Only certain unbalanced strong and weak back muscles remain, which stabilize the malalignment and maintain the arches of the spine. It is therefore important to train and stay on the ball with a lot of personal effort. From my previous experience, however, I can confirm a clear improvement, strengthening, and a much more balanced body sensation than before. I also know how to take better care of my body and which exercises are good for me.

The effectiveness of the overall concept of bone framework alignment in combination with the specific exercise program as well as Ayurvedic medicine and osteopathy as a basis is confirmed by countless examples of healing and permanent alignment of many patients with different conditions.

I think it is important to develop this holistic view of the body and to work on the origins of a physical condition instead of focusing exclusively on the pain symptoms, as is often observed in Western medicine.

In the case of scoliosis, therefore, I do not think that wearing a corset really helps the young person concerned to achieve an alignment that lasts.

The example of Bone & Body shows that there is a way to recognise the condition in its origin and to work and correct it from here.

Further information on treatment at Bone & Body can be found at http://www.boneandbodyclinic.com, as well as: http://boneandbodyresearchcentre.com/index-bbrc.html#section-team