Almost 10 years ago, a light unexpectedly came into my life. I didn’t know it was a light because I was blind at the time, yet even though I didn’t have the ability to see, I could feel something. And that feeling was great relief.

I was in my late thirties and for most of my life, I had suffered of severe permanent acne. In the beginning it was normal, just like every teenager has it, but over time it got worse, more aggressive, more invasive…more painful. The last few years, I could barely wash my face in the morning, because the condition had turned into cystic acne; the acute inflammation remained under my skin for months before it would fade. My dad took me to the best doctors in Italy, where he spent lots of money – but nothing worked.

After our last attempt, when a (supposedly) super enlightened medical specialist, an absolute authority in dermatology and endocrinology, failed, as had all of his colleagues before him, I gave up looking for medical help. I was simply tired of persisting. Fifteen years had been a long war to fight. I told myself, it was time to accept my fate. This wasn’t by far the worst disease that could befall someone, so at least I considered myself lucky in that respect.

The memory of that night, when I decided to quit and went to bed to quietly talk to God, is still alive in my mind. I said to Him: “Look, I’m tired. I won’t continue to seek a way out of this situation anymore. I’ll try to accept my condition as far as I can, but if I do, I’ll need You. I’m asking You to be by my side, to not abandon me, because I can handle this only if You stay with me”.

Suffering from acne wasn’t only about pain, it was also about growing up with many insecurities and fears, shaping not only my outside but also the inside. Take a good look around, at the society we live in, dictating a model of human beings that requires them to be flawless. As a result, the conviction building up inside me, was that I was faulty.

Few months after my decision to stop fighting, my dad came along and told me there was a man interested in meeting me, and that he had the ability to heal, using his hands only, and therefore I wouldn’t have to take any drugs.

Throughout the years we had basically tried every possible way to cure me: we had seen homeopaths, tried Chinese medicine, we even visited priests for prayers, an old woman with the “gift” of helping, and another woman who claimed that she could talk to angels. So when my dad approached me, talking about this man and his healing hands, I said, “No thanks, I’m done!”

For weeks though, my father kept trying to convince me to see this guy at every possible occasion. After a while, I finally gave in. I hadn’t changed my mind, I really just wanted to make my dad happy. I had no expectations, no desire to find a cure, nor any hope left in my heart. That day, sitting in the car with my dad, my mind was blank, I simply didn’t think anything.

We went to a place not far from my hometown, out in the open countryside. There were few houses around and surrounding me was nothing but pristine nature: trees, bushes, a little river and lots of songbirds.

It was a bright, sunny day, and the place where we stopped wasn’t a proper house, but more of a cabin, one might say. At the exact moment the car came to a halt outside the shack, a tall man in his fifties stepped out of the door. When I first saw him – still seated in our car – I remember turning to my dad and saying:

“Don’t you dare leave me alone in this place with that man!”

Usually, when you reach this part of a story in a book or movie, a voice might proclaim: “And the rest is history” but I say: “The rest is eternity”.

The name of the man I met is Annibale Snelli. He is the light I wasn’t able to see, and was soon to become my Master and friend. It is he who led me away from darkness and restored my ability to see.

The woman, the better person, the human being I am now, exists thanks to him. This transformation and healing process was slow but steady. It was about one year before I could look in the mirror and smile, finally able to wash my face without pain in the morning. But healing the outside was just one step, and to be honest, with Annibale’s help that was the easier part.

Healing my mind and soul was, and still is, much more difficult. I basically had to reprogram my unconscious, face all my fears, all my insecurities, all the internal pain, that stopped me from being my true self. It’s still an ongoing progress, not yet finished, but I’m on my way now and I’ll keep walking it.

Annibale and I spent one hour a week together in our first year, mostly on pranotherapy and chatting; in fact, while introducing me to energy works, he used to talk to me about my life. It was really weird, since he was constantly asking me things about my past as if he knew certain facts. He was very specific about situations I had experienced in my life, things that had happened to me and left my heart scarred. I had no idea how he could know about particular incidents that had occurred, but you know what?!? I wasn’t bothered at all by it. After the first reticence about sharing my life with a complete stranger, I started to trust Annibale more than anyone else I’d ever met in my life, because I strongly felt and still feel, that he is a very decent and sincere man.

The very first life lesson Annibale taught me, was about forgiveness. At this specific moment in my life, I was struggling with the way certain people acted, having hurt me deeply. The crux about struggling is, that your view is not clear, for pain and fear will fog your ability to make good choices. I was caught in an endless circle of bad choices. Every decision I made, every step I took, inevidably turned out bad for me. I desperately wanted to change that mechanism, but I simply didn’t know how to achieve that, lacking the tools to make any improvement in my life. My system of knowledge, connected to forgiveness (every information I had accepted as good for me, regarding this topic) was based on Catholic teachings, so my idea was linked to what the Bible said about it. But none of these teachings made me feel good, instead they made me feel guilty for not being a good enough person to truly forgive everybody for the “evil” they had done to me. I realized at that time, that for all the bad feelings I had towards these people, my misery didn’t affect them, nor did it change the way they were living their lives or make them realize that they were the cause of someone else’s suffering… they simply didn’t care.

So one day, Annibale said to me:

“To accept the responsibility of changing, open the door to the change. You need to realize what forgiveness is about. It’s not about others, it’s about yourself. Look at the word FORGIVE, it’s formed by two words: for and give. If you analyze the two separately, you understand that to “give”, is a gift. A gift is something you give with the heart, not with the mind. When done through the heart, it turns unconditional, so the magic happens, and the weight is lifted off your chest. But if you attempt to give the “gift of give” with your mind.. well, it is nothing more than a sham, an excuse your mind makes to yourself, to let you think you’ve done a good job, when in reality you have not. You will still feel the weight on your chest and you will not feel well.

So if you want to forgive someone who has made you suffer, first forgive yourself for letting this person come into your life and for letting them do what they have done. They were able to do what they did only because you’ve allowed them to do so. Everything starts with ourselves. You’ve handed over enough power to another, to enable them to make you suffer. But don’t beat yourself up over it, learn from your mistakes and start being gentle with yourself first. You are not meant to forgive someone, if in the first place, you don’t forgive yourself. Make a gift to yourself and forgive yourself, and only after you have done so, consider forgiving others as well.

The effort you perceive when you want to forgive is not really an effort, but a lack of knowledge. Ignorance does not allow you to comprehend things, but knowledge leaves it at your discretion to enter into forgiveness and get to the bottom of the behavior of that person, who has been driven, for many reasons, to engage in their way of handling things.

Your focus has to be on: forgiveness and the reality of things. I can best describe this using a metaphor, likening the true nature of things to a diamond. A diamond, in order to be recognized as what it is, has to have different facets. The very same is true for reality. The reality we live in, touch, and see through our eyes every day, is merely one facet. If we were to look at only one facet of a diamond, we’d be missing out on all its other ones, basically we would miss the beauty of the entirety. To be able to see the real splendor of the diamond, we need to illuminate it with a ray of light and turn it in the palm of our hand, to look at it from different angles. With life, it is the same, you need to fill it with light, you need to embrace it in order to understand it, you must not stop at the outer appearance, but instead you need to open your eyes to a deeper view, in order to be able to see all the different facets. One facet is the reality of matter, another is the invisible reality which belongs to the Spirit that contains us. There are so many things we don’t see, yet it doesn’t mean they don’t exist!

We see and perceive just a small part of what we call reality. So if you want to forgive, you need to understand that there are countless facets that may play a part in someone’s behavior, therefore since you don’t know all of them, you can’t judge, you can only give the gift.” 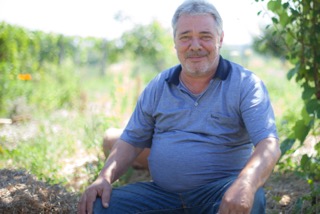 My name is Annibale Snelli, I’m a medium.
I’ve spent most part of my life as a researcher in humanistic parapsychology, oriented in quantum physics. I’ve collaborated with police, doctors and other researchers.
My greater desire is, to pass down all knowledge I’ve achieved through my life experience to the young generations, to give them the awareness they need to face life in a better way. People habitually call me a Master. I haven’t request any title in my life. The definition I can give regarding a Master, is:
One who thinks of himself always as a student. As a master you can’t be walking around acting like you know more than others, humility is the first qualification. A master doesn’t teach; none has to learn, everyone has to remember.