I dedicate this article to the beautiful family that I am going to introduce to you. From whom I have been taught and I am still learning so much about how to be grateful regardless of the amount of your belongings.

Romani people in Romania, so called “gypsies”, constitute one of the country’s largest minorities. According to the 2011 census (procedure of systematically acquiring and recording information about the members of a given population), they number 621,573 or 3.3% of the total population, being the second-largest ethnic minority in Romania after Hungarians.

Gypsies are an ethnic group who are discriminated against and who live on the edge of society.

The family I am introducing you to are gypsies. My gypsy friends have a small property on the edge of the community after they were forced by police (along with other gypsies) to leave the city of Cluj Napoca of in 2010.

They have no direct access to education, at least not the older generation, especially when it comes to sexual education. The health counselling system offers minimal help for them. They cannot afford condoms and they are not even aware of other contraceptive methods as nobody has ever counselled them. Under these circumstances, a gypsy woman with over five kids is not an unusual occurrence, unfortunately.

I remember how my mom told me about how she met Mariana, the gypsy woman with eight children. She was begging in front of our building with a two-year-old in her arms while she was pregnant with the eighth. She stopped my mom and asked for a piece of bread; my mom told her that she didn’t have any with her right now, but that she would go to buy some. My mom was so impressed that, instead of asking for money, Mariana was asking for food to take home to her children. Gradually over time, they met more often and my mom started to help her with groceries.

When I came back from my travels, my mom insisted that I meet Mariana, who was now in the hospital as she had just given birth to a small baby girl that she choose to name after me – Carina.

I remember that I shook her hand introducing myself, and I was so surprised by the fact that she didn’t look or speak like the traditional gypsy women that I knew. She had such a warm voice and was beautiful. I remember being so amazed about her facial features: the dark hair and dark skin, that I was not so used to, made her so beautiful – an authentic and natural beauty.

At that moment, I formed a connection with her and I started to visit her more often while she was in the hospital.

A few weeks after the birth of Carina, we went and visited them at home. They live 30-40 minutes away from the city if you drive. When we arrived, I was expecting the conditions to be bad but not that bad.

The house was so small, definitely not big enough to be a home for ten people – it only had two rooms. No electricity, not even a small generator. No running water, no gas. Moreover the “house” had holes everywhere – there were big spaces in the walls – it was not insulated at all. During winter, in Romania, temperatures can drop to minus 20 degrees, so it is like sleeping in a freezer. I tried to count the number of flies I saw but it was impossible. 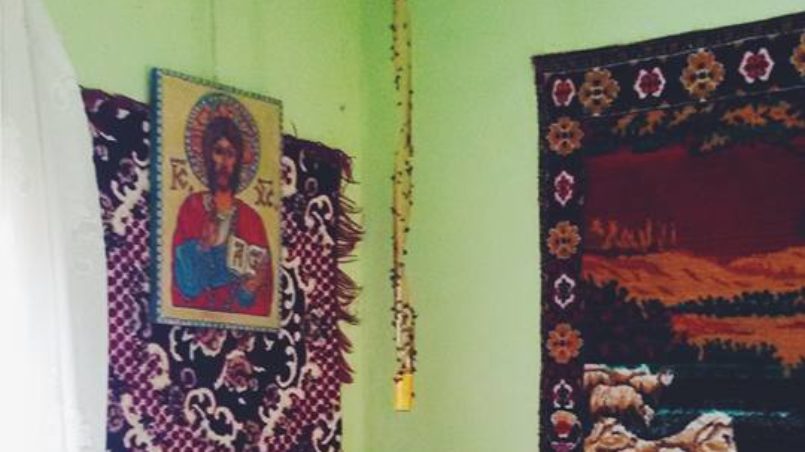 After we entered the house and we sat down, the children became a little braver and approached me and my mom. We gave them some sandwiches and some sweets and they were so happy, eating them on the spot. We also offered some to Mariana, but she said that until she sees her children full, she cannot eat. 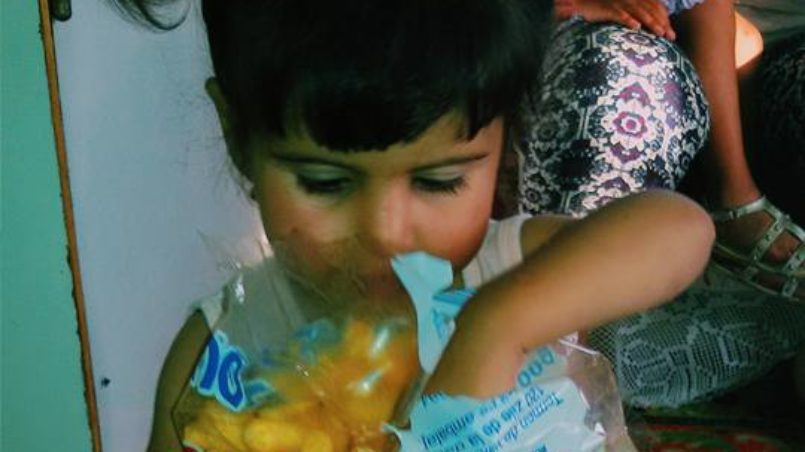 I asked about her husband and how they manage with money. She said that her husband is trying really hard to get a job but nobody hires him since he is a gypsy (the Romanian population does not have a good opinion about gypsies), and sometimes some people from the village hire him for a few hours to help with the garden or with things around the house, but nothing that could assure them a steady income. Other than that, the only income they have is the family allowance (alimony) that they get for the children. In total, per month they live from approx. € 150. 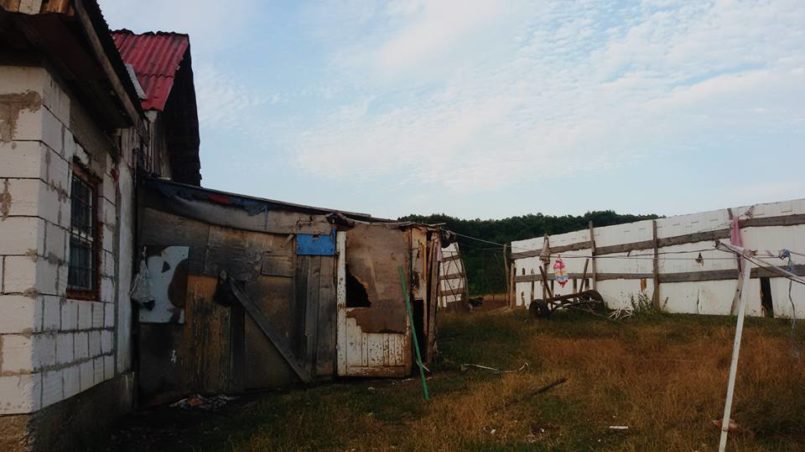 All the children attend school and kindergarten, even Anghel, who has ADHD (Attention Deficit Hyperactivity Disorder), goes to a special school in the city. In winter they often cannot reach the school due to heavy snowfall – it takes them at least 30 minutes for them to walk to school.

I loved the fact that this woman, who has so little, has so much at the same time. She has her faith, her love for her children and the hope that tomorrow is going to be a better day. When we said goodbye, all the children came and gave us a warm hug.

Since that time, I have tried to visit them at least once a month. Together with my friend, Isabel, we managed to collect a lot of useful objects, such as warm clothes for the cold winter months, toys for the children, a mosquito net for the baby, warm blankets, bed sheets, plates, notebooks, books. etc. Along with my cousin, Paul, and my friend, Ioana, we went and spent some time with the children. playing football and other fun games, enjoying being children again.

Before New Year’s Eve, as a Christmas present, we raised some money and bought them a generator and someone donated an old TV and a computer. The children watched TV for the first time in their lives at home and stayed up until 10 pm because they finally had light in the house.

Even though they struggle to make it through to the next day, these people blame nobody for their situation, they do not steal, they invest in the education of their children, they are grateful for the little that they have, for the fact that they are together and that they have their faith.

Sometimes it is really good to put our prejudice that we grew up with aside and treat everybody equally, to give everybody a chance because who knows … we may even end up learning something from that person.