On 16 February 2017, the Austrian Association for European Policy presented the preliminary results of the Horizon 2020 project “The Choice for Europe since Maastricht. Member States’ Preferences for Economic and Fiscal Integration” in the Austrian National Bank. The project, which began in 2015 and will continue until 2019, is coordinated by the Salzburg Centre of European Union Studies, under Prof. Dr. Sonja Puntscher Riekmann.

Within the framework of this study, the preferences of the EU member states for various models of fiscal union are examined and the empirical results could provide guidance for a feasible further development of the monetary union.

Dr. Pierre Moscovici, EU Commissioner for Economic and Financial Affairs recalled in his keynote speech that the current EU Commission has also been named the “Commission of the last chance” as the current challenges facing the EU – the exit of Great Britain from the EU, the ongoing refugee crisis, the rise of populism and the slow economic recovery – are somewhat daunting. Extremely important decisions have to be faced, some of which also affect the common currency – the Euro. Even if it is now too early to give detailed information as regards the formation of strategies  to strengthen the European monetary union, he presented a few personal convictions.

Following this keynote speech, there was a lively discussion among the discussion participants (see above). The core topics of this debate were, among others, Brexit, the north-south division within the EU states, populism and non-performing loans. The audience was also given the opportunity to constructively contribute to this fascinating event in the final 20 minutes. 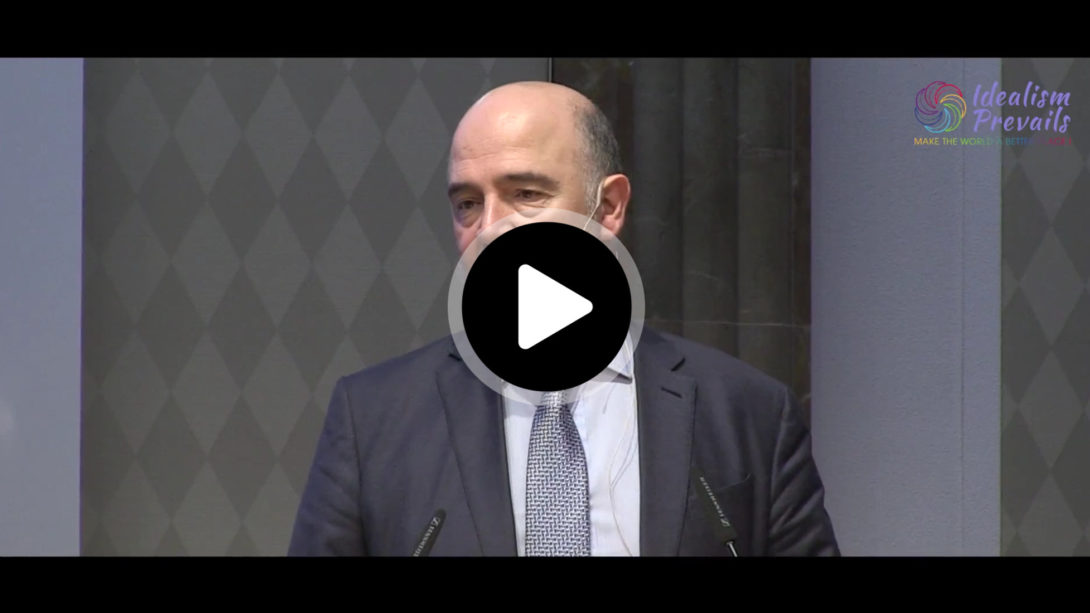