Many people think that money grows on trees somewhere. Politicians pick it and distribute it. Therefore political discussions mainly centre on the question of who receives a certain share of the pie. And this eventually bakes by itself.

The added value of a society, the productivity, the creation of increases of value: without these we would all not have a livelihood. Because it is not money that keeps us but rather the added value that our workers create which bestows a value on money. It is not our social system that looks after the needy, the pensioners, the sick or the unemployed. Austria’s employees create the added value which is redistributed to the others.

Therefore I advocate that we examine whether and how we will be in a position in the future to maintain and expand a productive economy in our country.

The low wage countries as competition

We all like to buy bargains. But we do not want to share the standard of living in the countries whose goods we buy cheaply. How is it that we can enjoy a higher material prosperity without having to work more and harder?

Our high productivity, as a result of the much-maligned automation and the ability of people in Austria to produce products which are particularly in demand and therefore high-priced, provide a standard of living for us that too many take for granted – and among these, many who are personally not even a part of the world of work. But caution is called for:

The people in the low wage countries are catching up and they deserve to. However, if we have nothing new to offer in the future, we will lose our position on the world market with unforeseeable consequences for the welfare state, Austria.

The low wage countries as a possibility

If we, on the other hand, implement new ideas daily, if we constantly create innovative products and procedures, then we will deserve the constantly newly carved out leading edge and not only we will be the winners.

While our society of high earners is in a position to create new markets and to further raise the added value of our work, the low wage countries can produce tried-and-tested goods without any competition from us and, as a result, they will increasingly be able to stand on their own two feet.

The danger: we lose the connection

The innovation which is currently ongoing is considered a danger by some. But the opposite is true: danger only exists when we do not contribute from the front row.

This means, however: we are dependent on the current technical level; according to some estimates, even 450,000 jobs are dependent. If we consider Austria’s economy as a whole, this sum is not unrealistic.

The entire tourism sector would collapse if the production of automobiles were discontinued in Germany. The numerous newly unemployed would knock at the back doors of our hotels, looking for jobs as dishwashers rather than as guests.

If the dream of our environment minister became reality overnight and from the following day everyone only bought e-cars, this would be a dark day for our economy and, as such, for the state as a whole. We are on the point of becoming the losers in the electrification of automobiles and we are not alone:

Germany is also too slow. Although a possibility at least exists there to expand the production of electrical engines but, in the production of the high quality parts which are technically decisive for the success of e-cars, the batteries, is Germany, like Austria, hopelessly behind.

The demonisation of combustion engines is, from an economic perspective, currently dangerous. If I may: while we should be urgently seeking ways to safeguard a production share of future car technology, I would rather our car dealers sold normal cars which are as clean as possible for some time and that we, in the meantime, prepare ourselves for the effects of the technical change as soon as possible.

These consequences have to date not even been highlighted to some degree and it is high time that they were:

Let us look at the job description of a car mechanic: e-cars require hardly any maintenance of their engines and this is the main work of today’s service technician. If we act as if nothing happened, young people would start an apprenticeship for jobs which are no longer required to the same extent and many of them will ultimately end up on the street although they learned by heart the inner workings of the obsolete combustion engine. The sector needs a plan for the future, the apprenticeship for car mechanics has to be expanded by elements which will offer young people the possibility to change, namely a combination apprenticeship – how about with IT, energy technology and mobility? Such a qualification could give apprentices the opportunity to work on the future, IT-dependent, electrical cars but also to change to other sectors of the economy.

This example shows what I miss in the current policy: networking and interconnections. The environment minister is living his dream without thinking about the economy and the labour market. The ministers responsible for these sectors do not appear to be particularly interested in the fact that this solo effort without special regulations will cause damage in their ministries and, above all, it hurts that economic politicians and employee representatives do not seem to understand that it is high time to become active and to do so together and in a coordinated manner.

We are almost like a man in deep waters who is too lethargic to move. He ends his swim movements and drowns. Which is why I call on politicians to move more strongly!

N.B: Austria produces the majority of engines – 450,000 jobs are dependent on the automobile industry. 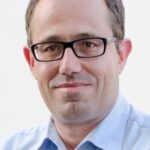