I admit that I am not a big fan of politics, I am for sure not an expert, and I also didn’t follow the recent U.S. presidential elections, but in this whole charade, somebody caught my attention and aroused my curiosity.

Yes, I am talking about a Trump of course, since they can’t really pass by unnoticed and her father won the elections, making him the new president of the United Stated of America. Ivanka Trump is where people find normality and security, so they deceive themselves into believing that somewhere deep down there is still a chance for Donald Trump to be like this too, since they share the same genes. People look at Ivanka Trump and they find hope. Why is that? Why does she inspire so much confidence that everything is under control, that her father knows what he is doing, that she knows what she got into and that after you watch an interview with her you think you have all your questions and doubts answered, when actually they aren’t?

First of all, I have to give it to her, from woman to woman, regardless of whether or not I like the Trumps. Ivanka Trump seems to have it all – a great family life, a career in politics and business, fame and a lot of influence and she seems to be handling everything with style and class, never caught off-guard.

She is 35 years old, was previously a model, and ended up hating the industry. She graduated “cum laude” from the Wharton Business School at the University of Pennsylvania. She converted to Judaism in order to be able to get married to Jared Kushner with whom she has three children, aged one, three and five. She had her own jewelry and clothing company, she is the founder of Women Who Work (a network of women supporting other women), and she was the Executive Vice President of Development & Acquisitions at the Trump Organization but she gave it all up and moved from New York to Washington D.C.  for an unpaid job as the assistant to President. She has also written a book and is working on a new one.

Second, her diplomacy suprises me, because, like everyone, I have a tendency to compare her to her father, Donald Trump. Even when she is put in uncomfortable situations, she knows how to behave.

For example, when Wendy Williams asked her and Donald about what their favourite common activities were, she answered, “Either real estate or golf” while he replied, “Well, I was going to say sex but I can’t relate to her”. How do you react to this kind of statement that is made in public by the future President of the United States who is your father and is sitting right next to you? Well, Ivanka Trump shows you how.

She was trained to be vague and as likeable as possible so that everybody thinks she shares their values.

And if you look at her answer, she didn’t tell you anything new, as everybody knows what the Trumps are famous for, but she has this ability to say nothing – to consistently support her father and defend him. I like to call her the “cleaner”, because she always manages to clean the mess that Donald Trump creates in his interviews and statements, even if this means she gets booed at, as happened at the women’s summit in Germany, when she was defending Trump’s attitude towards women, defending it through her own experience as his daughter. She also claimed in previous interviews that her father has “total respect for women” and when she says this,  you almost believe it.

Third, we don’t really know what Ivanka does. „I think most of the impact that I will have over time, most people won’t know about”. She could be doing a lot, or she really could be doing nothing, and it is amazing how she found the perfect sentence which enables you to project whatever you want onto her; but she assured us that “My father agrees with me on so many issues, and where he doesn’t, he knows where I stand”.  She also explains in her book how to handle the cards you are dealt with:

She has it all: beauty, brains and a lavish lifestyle, that is for sure. And since Melania Trump decided not to move to the presidential house in order to take care of their son, the question on everybody’s lips is: “Who is going to be the First Lady?“, and guess what? It is expected that Ivanka will take on the job of First Lady. So no pressure Ivanka Trump. 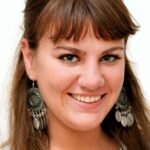