Environmental activist Stella Witt (who is actually called Wittmann, but likes to use the abbreviation of her name) has been campaigning since 2009 for the fight against plastic after seeing Werner Boote’s film “Plastic Planet“. Since 2012, she has been trying to act at the political level and regularly attends international environmental conferences. She shares her successes on Facebook, Twitter and YouTube. Stella’s reports can also be read on meinbezirk.at. The activist talks about a healthier life without plastic, projects and disappointments in the political scene. And I interviewed her for you:

Patryk Kopaczynski (PK):
Stella, you show your activism in various social media. Based on your postings, you seem to be a lone fighter. Is that true?

Stella Witt (SW):
In the Facebook group “Plastic Planet” I am actively on the road with a friend from Styria. But there are also other environmental activists, such as “Zero Waste Austria“. Recently, we found some combatants and want to found the association “PlasticPlanet”.

PK: When did you become an environmental activist?

SW: After seeing Werner Boote’s documentary “Plastic Planet” in 2009, a Facebook group was founded. Currently they are 22,000 people. Because I am half Croatian and half Austrian and know Croatia well, I noticed the plastic pollution in Croatia much earlier. But I didn’t know before that plastic was so harmful.

PK: What successes have you achieved?

SW: Only small ones. The issue is taken up by politicians, but only in the background. I had the biggest success so far together with a friend: We did something, it was recorded in the Ministry of Education. Teachers can download the “Plastic File” free of charge from the website of the Ministry of Education and use it in schools. It is voluntary. Originally we wanted the “PlasticPlanet” documentary to become a compulsory subject, but the Ministry of the Environment refused to do so. In Styria the file is used. There has been no feedback from Vienna yet.

SW: The circle of acquaintances. You still don’t recycle, that’s a big deal. In politics, the Ministry of the Environment and Education. If you realize that plastic is harmful, you would have to reduce it immediately and not set targets for several years to include the use of plastic. Microplasty is no more than that. The “Against plastic bags” petition was handed over to parliament in 2014. In 2018, this will come into force. How much longer do you want to wait? We don’t have much time left!

PK: What do you expect from the company for your activities against plastic?

SW: I expect everyone to recycle. Even people who have a good school education and are born in Austria or have German as their mother tongue do not recycle. So this has nothing to do with the fact that one would not understand it, but that is ignorance. Realistically speaking, I don’t expect anything more from society. And I expect the politicians to handle the issue from above. Information from below is no longer working. Don’t organize endless conferences, but finally step into action – and enforce what has been written down for years!

PK: You’re taking photos with politicians on Facebook. They hold campaign signs. Can you describe your projects in more detail?

SW: There are several signs. Because it is pointless among friends, I decided to go to politicians. Some understand it, but many do not. There are three themes: one sign refers to Werner Boote’s “PlasticPlanet”, the second one looks like a traffic sign with the inscription:”No Plastic Bags” – everybody understands that. The third calls for End Ecocide.

PK:”End Ecocide!” What does ecocide mean?

SW: In World War II there was the term “genocide”. Ecocide kills nature. There is also a FB group that was represented at the climate conference. A law is to be drafted in The Hague that would punish environmental crimes even after a war has ended. In peace-time there are practically no penalties for such actions.

PK: Do you have support from parties or influential persons? If so, by whom and in what way?

SW: We have no support from parties. If we go to parties, we always announce this beforehand, otherwise we will be rejected immediately. That doesn’t always work either. My biggest disappointment was Andreas Khol: We received a long mail and I suspected that Mr. Khol was informed. When I met him personally, he had no idea. He threw the bag of cloth I was going to give him on the floor and said,”We won’t get active in this matter”. Kohl reacted in a way which conforms to his opinion on this on this subject. That’s when I realized he doesn’t care at all. It’ll blacken the whole party.

PK: How can I live healthier without plastic?

SW: You won’t be able to banish plastic entirely. At least in the food sector, however, this should be dealt with. If you reduce plastic, you automatically live healthier. I used to buy drinks in plastic bottles. After trying to reduce plastic, I now drink tea or water. I buy solid shampoo. With plastic it is not cheaper than without plastic. I bought myself a six Euro soap from Hungary at the Christmas market. I had it for a year, even though it was for the whole body. A bottle of shower gel is usually consumed within one month. So the soap saves you 12 bottles. Plus one bottle of liquid soap per month, that’s 24 bottles per year. A shower gel costs about one euro and a liquid soap costs the same amount, that’s 24 euros.

PK: Is plastic packaging made on purpose?

PK: What is your appeal to society?

SW: If we continue like this, 2050 will see more plastic than fish swimming in the oceans. Today whole plastic bottle caps are found in the bodies of fish. Plastic is already in our food. When plastic floats on the surface, it absorbs all other toxins that float next to it like a magnet. In addition to the plastic, you also have toxins in your food that stick to the plastic. In the future it will no longer be possible to eat fish. My generation can continue. But not our children, though, if we carry on like this. 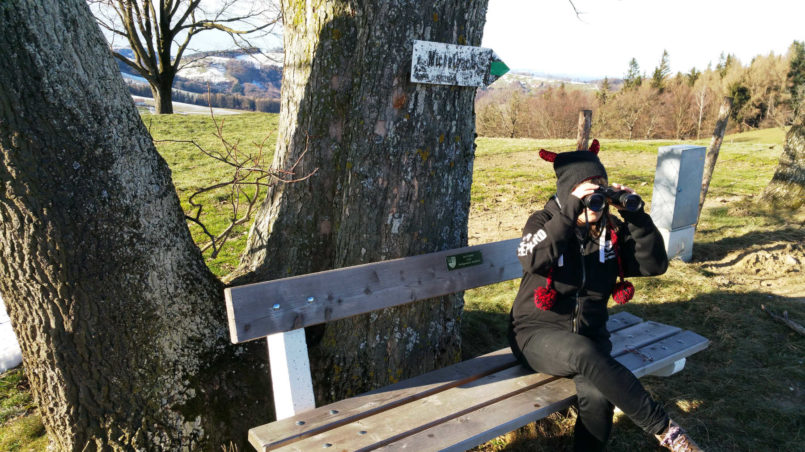 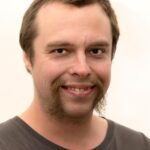