In India, almost everybody is acquainted with the term “Kumbh Mela”. The word “Kumbh” means pot or pitcher in English. And the word “mela” refers to fair. I too had heard about it but my knowledge regarding ‘Kumbh Mela” remained extremely limited for a very long time. All that I knew was that ascetics and pilgrims from all across India gather on the Mela site to expiate their sins by taking a bath in the holy waters of the Ganges. I had no idea at all about the significance of the fair and the importance it holds in the Hindu thought process.

My interest in Kumbh Mela was aroused when I came across some pictures posted on social media by a friend who was in the Mela for a week. Until then I had thought such fairs are meant only for those interested in pilgrimages. But my friend told me about his experiences in the Kumbh Mela; and that it is a different world altogether, full of ascetics from all across India. 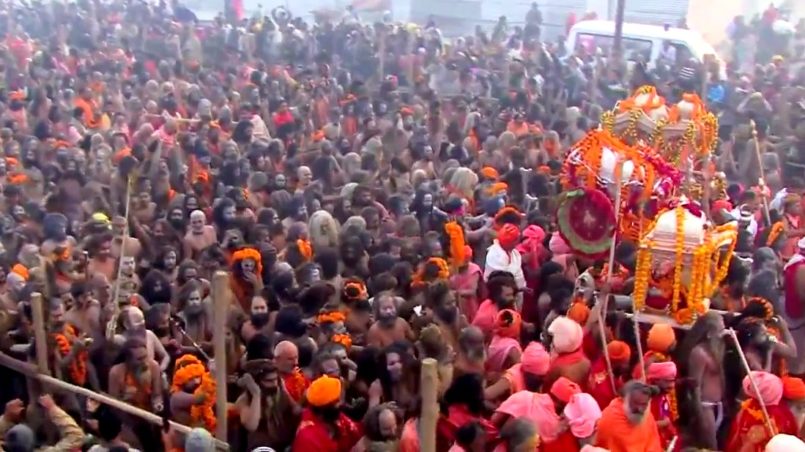 His description of “Kumbh Mela” actually piqued my curiosity. I instantly decided to pack my luggage and go to the site of Kumbh Mela, which was Allahabad, in the state of Uttar Pradesh. Allahabad is just a six-hour train journey from Delhi and so I decided I could go there without much planning. The train I boarded was swarming with people and I realized that like me, most passengers on board the train were travelling to Allahabad to attend the fair. To be honest, at this point, I had no understanding of where I was going. Maybe I was just looking for an exotic experience in Kumbh Mela.

The train reached Allahabad station and I saw my friend as soon as I got off the train. We took a taxi and finally reached the site of Kumbh Mela. I was flabbergasted to see the gathering. It was huge! In fact, for a moment I started to feel as if I were suffering from enochlophobia (fear of crowds). But I knew there was no going back now. 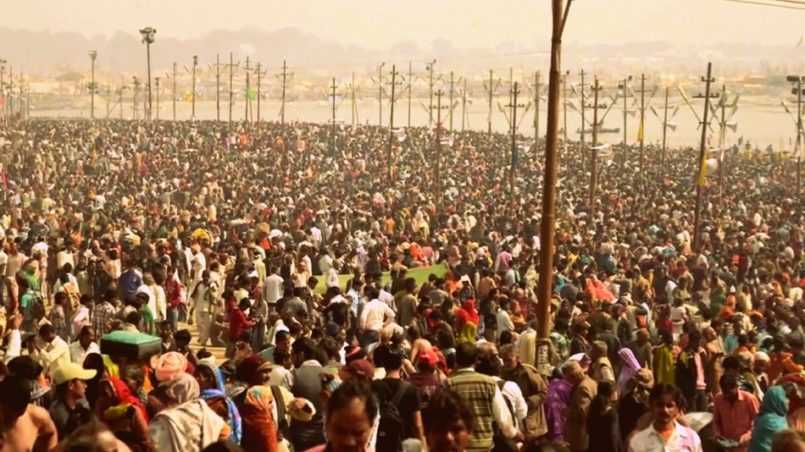 I took a deep breath and kept walking along with the crowd. It was actually an unstoppable flow of people. I would say it looked really insane to me at first sight but gradually I was able to see the beauty of ‘faith’ which was emanating from all those walking along beside me. The crowd was a beautiful amalgamation of different kinds of ascetics, simple villagers and city dwellers. At once I could see the complexity as well as the myriad nature of our Indian culture.

Never in my life had I felt so humble and unimportant. It seemed as if the crowd dissipated the entire ego that dwelled within me. And soon I felt one with the crowd.

My friend and I started walking past the various tents which had been set up by yogis who came from different parts of the world. I wanted to interact with such a yogi but did not know what to talk about. But finally, we went to one yogi and I simply asked him to explain the significance of Kumbh Mela to me.

The yogi told me that everything we see and come across in India can have three interpretations: physical, meta-physical and spiritual. And thus Kumbh also has three interpretations. He said that Kumbh is a celebration of the glory of the kumbh or pitcher with elixir in it. In fact, it’s a celebration of knowledge and life. Kumbh refers to a pot or pitcher filled with the elixir of immortality. This elixir got dropped in four places when an avatar of Lord Vishnu was trying to hide it from the demons. These four places became the sites for Kumbh Mela. They are Haridwar, Allahabad or Prayag, Nasik, and Ujjain.

The yogi further told me that Kumbh is also based on astrology and occurs when celestial bodies lie in the Aquarius constellation. I didn’t understand anything that he was telling me about the astrological significance.

The yogi explained that the kumbh occurs when the four celestial bodies, i.e. the Sun, Moon, Jupiter, and Venus are aligned together. And this alignment occurs every twelve years. So Kumbh Mela is celebrated in a particular place after twelve years. Moreover after the twelfth Kumbh, i.e. after 144 years, the Maha (the greatest) Kumbh occurs.

The yogi also explained another significance of the four places where Kumbh Mela is celebrated. According to Vedas, which are ancient Indian scriptures, where two rivers meet, the spot is ideal for performing Yajna.

Yajna is an ancient ritual of offerings, accompanied by the chanting of Vedic mantras and offering the herbal preparation in fire or Agni. Performing Yajna is an old tradition in India. The yogi told me that Lord Brahma, the creator of the universe, performed the first Yajna in Prayag, i.e. Allahabad, after finishing his creation of the universe. And since then, many Yajnas have been performed at this place. In fact, Prayag means a place where Yajnas are performed. He further told me that there are many Prayags in India, but the one in Allahabad is most important as it is the confluence of three rivers, namely the Ganga, the Yamuna, and the Saraswati. 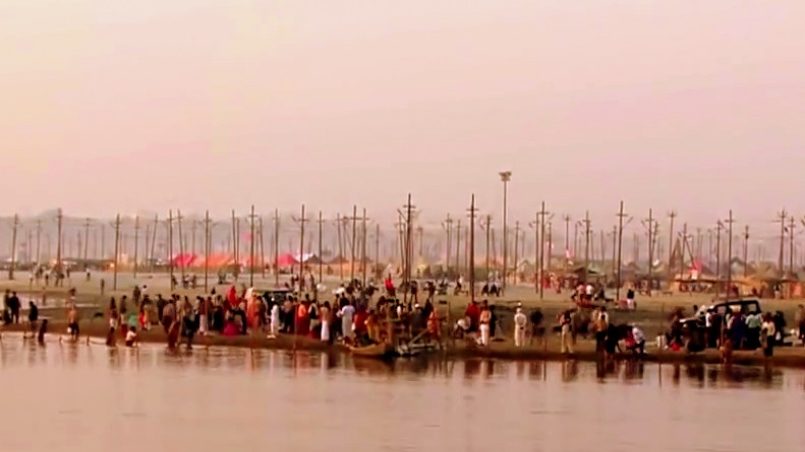 There is a belief that taking a bath at the confluence of three rivers leads to the atonement of all sins and leads to the attainment of moksha. Thus everybody come here for a holy dip during the period of Kumbh Mela. Since time immemorial, such gatherings have also been places where the saints and ascetics gather and express their opinions on religion and spirituality.

After a few days of staying at the Kumbh Mela, I realized that many saints and yogis speak about various topics and would readily elaborate the different ways to become one with the divine.

It was indeed an exotic experience and it did provide some sort of tranquility amidst the clamorous crowd of millions.