Prof. Michael Rosenberger, a nutrition ethicist and moral theologian, described the relation between nutrition and ethics: the ecological challenges (preparation of food), the social and inter-social area (the distribution of food), the responsibility of people for their own health as well as the field of animal protection and animal ethics.

Prof. Sandra Holasek then explained the objectives of the Austrian Association for Nutrition which, in particular, lie in the shaping and dissemination of scientific nutritional recommendations, always in consideration of cultural factors.

Prof. Martin Wagner primarily considers himself to be a “safety researcher” in the framework of not only human but also of animal nutrition.

59% of Europeans are already overweight or obese

First of all, the scientists focused on the increasing food allergies and food intolerance. In this regard, Prof. Martin Wagner stated that significantly more lactose-free milk is being sold than one would expect from the number of people who have in fact been diagnosed with a lactose intolerance.

In the 1960s people would have paid to have “something in their food” while nowadays they are paying not to have certain substances in their food. He observes a re-evaluation of food, characterised by “quantitatively too much, qualitatively too little”.

According to Prof. Sandra Holasek, a potential explanation for the rising intolerance could be the increase in simple, energy-rich models of nutrition, in particular that of obese people. In this respect she points to the shocking figures of the last European Health Report which revealed that 59% of Europeans can be classified as overweight or obese (from a Body Mass Index – BMI – of 25, one is classified as overweight, from a BMI of 30 as adipose or obese).

This nutritional model is accompanied by a lack of functional nutrients which offer protection against allergies and intolerance. The poor quality of fast food as well as missing meals also irritate the human metabolic system.

A further reason was stated by Prof. Sandra Holasek: the increasing consumption of prepared foods with the corresponding additives. 98% of that which we now eat has been processed. The commom love of sweet, calorie-rich food can be explained in evolutionary terms. However, what previously made sense is today causing us difficulties. Prof. Sandra Holasek sees the solution in putting the quality of food first – this already partially occurs by food providers.

You are what you eat

As regards the statements made by Prof. Sandra Holasek, Prof. Michael Rosenberger also points to the distribution of obesity in various sectors of the population. Decisive factors are level of education, biography as well as sense of identity. The phrase coined by Ludwig Feuerbach, “you are what you eat!” implies that the eating habits of a person says a lot about this person.

While in the 17th century being overweight was an expression of one’s social standing, the upper classes are today characterised by health consciousness and affinity for sports. Today’s increase in the number of people overweight in the lower socio-economic groups is also an unconscious, unreflected display of wealth in the sense of: “I can afford to do this”. Food and drink also serve to make one’s own identity visible.

An average of 100kg meat

According to Prof. Martin Wagner, the average Austrian consumes 100kg meat per year. This has to be produced in under certain conditions in order to cost a maximum of 4€ per kilogramme in supermarkets. We should foster no illusions about this. In light of the increase in meat consumption with the rise in development of a country, we can expect a doubling of the production of meat and milk production worldwide by 2030/2040.

As a solution, Prof. Martin Wagner proposes fewer products of higher quality with the corresponding added value for the producers while there is a simultaneous reduction in the amount of meat consumed by the population.

According to Prof. Sandra Holasek, sufficient advances in medicine have been made to change from nutrition based on evidence to personalised nutrition. By means of new diagnostic methods, this would enable a person to be given individualised, specific information as regards their nutritional physiology. This would lead to new innovative possibilities in the future.

From a theological standpoint, according to Prof. Michael Rosenberger, there always has to be an intertwining of technical methods with a voluntary self-restriction of individuals.

At the moment we have enough food per head to feed the entire global population. The fact that approximately 800 million people around the world are starving has less to do with a problem of quantity and more to do with a distribution problem.

Although 2/3 to 3/4 of those who are starving live in rural areas, their access to food is denied due to lage landowners and export.

We, who live a life in abundance, have to hold back in order to ensure that that which we have is distributed appropriately. If in addition we would like to see appropriate animal husbandry, we in Europe will have to massively reduce our consumption of meat – there is no way around it.

In order to reduce the consumption of meat specifically, appropriate processes have to be set in motion, according to Prof. Michael Rosenberger. This would include the conviction that vegetarian food can indeed be very pleasurable. Further, we should strengthen our own consciousness for the targeted consumption of meat.

At a higher level, Switzerland could serve as an example. In a referendum 15 years ago, a majority of the Swiss voted for improved animal husbandry with corresponding higher costs. As a side-effect, the average consumption of meat per person and year fell by 15 kg. This, however, required cooperation between the relevant political key actors.

There are also some studies relating to our altered shopping behaviour, according to Prof. Martin Wagner. Previously, people spent 50% of their household budget on food while today the figure is only 12%. Previously, it was common to go shopping every day but nowadays people often only go shopping once per week. As a result, the adding of preservatives is a reaction of the food industry to the prevailing lifestyle.

Prof. Martin Wagner believes that information is vital. It is important – and our own individual task – that we understand what we eat – after all, we spend the greatest part of our life eating and sleeping. He considers the new labelling system as conducive to this – this has greatly simplified the process.

In this context he refers to simple restaurants and exotic food as the last difficulty.

To the question of the current focus on the science of nutrition, Prof. Sandra Holasek replied with the paradigm shift of personalised nutrition. In particular, nutrigenetics, nutrigenomics and metabolomics (research of the metabolic processes of tissues and cells) played a significant role. Exogenously produced substances, which are absorbed by the body and which then cause endogenous changes, is a significant topic of research.

Despite improved knowledge, suitable nutrition remains difficult. According to Prof. Michael Rosenberger, this is because the process of nourishment unites all human operations. Quite unconsciously, every person, at every meal, is reminded of drinking at their mother’s breast. At every meal, one unconsciously wants to recreate this feeling of comfort and trust. Human relationships also played a significant role when eating, in particular.

The apparently simple physiological process of food intake is in reality a highly social and highly spiritual process. This is one of the reasons why changes in the area of nutrition represent such a challenge for people.

Today we could no longer do without the globalisation in the food industry, according to Prof. Martin Wagner. As a responsible consumer, we have to accept this fact and make decisions as to our purchases based on this. Prof. Sandra Holasek adds that most people regularly buy ten key foods. We would, apparently, not seek great variety but rather we would prefer that which is familiar and easy to find.

The preoccupation (processing and preserving) with local fruit and vegetable varieties – considered to be long lost – is once again gaining popularity. This intense handling and the intrinsic value vis-à-vis food will result in a new diversity. Prof. Michael Rosenberger also stresses the topic of season-specific from a theological perspective. This includes culture and the appropriate creativity when cooking, also in winter. These traditional dishes (St. Martin goose, Easter eggs, etc) have existed for around 1,000 years and enrich our lives.

Doing without food from overseas is not necessary, but according to Prof. Michael Rosenberger, we do not want to see exactly the same food on our plates in summer and in winter. 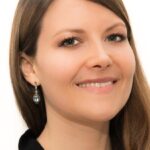