I arrived in Marrakesh in the evening around half past seven. I didn’t have to collect any luggage so I went straight to the passport control, where, to my surprise, there was a 50m-queue. My plan was to walk to the old city where my accommodation was. I had read online that there were no busses from the airport to the city and that a taxi would cost €20, which is extremely expensive.

After waiting for about one hour at the passport control, I managed to get out of the airport just to see the pitch black surroundings, because of course the sun had set about two hours ago. I had €20 with me from which ten were in the local currency. Not seeing any other option, I went to the taxi stand which was right next to the airport exit. As soon as I saw it, I felt I was in trouble. My stomach began to churn and all the words of encouragement that I had been telling myself before were somewhere far, far away. I noticed that lots of other people were taking taxis, so I tried to convince myself that everything was going to be ok. All the drivers were of course men over forty-five. 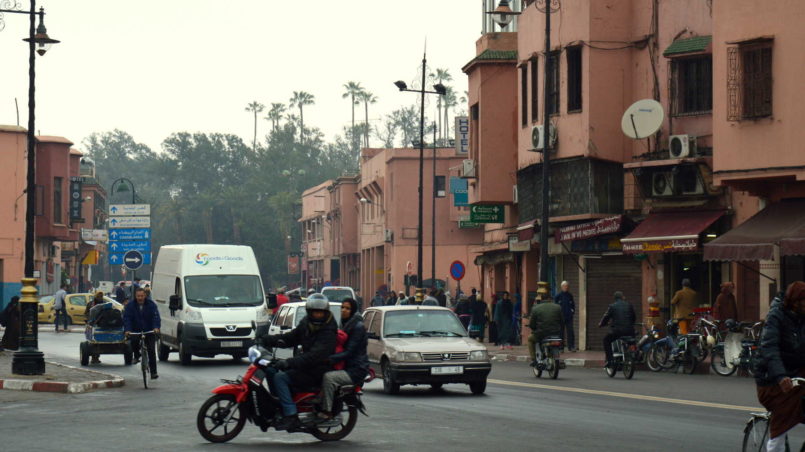 One of them saw me and immediately started chanting: “Taxi?! Taxi?!” I reluctantly approached him and told him where I wanted to go while looking for the map on my phone. I was aware that the taxi ride should be around €2 if we were speaking fairly, which of course no true businessman ever does.

Even before understanding where I wanted to go, he agreed to take me. He wanted to take my bags and put them in the trunk while telling me that it would cost me €20 At this point, I was just tired and extremely insecure. I looked at him in an attempt to show him that I knew he was tricking me. I refused, and offered to pay him €15. He laughed for a second and replied with a straight no. 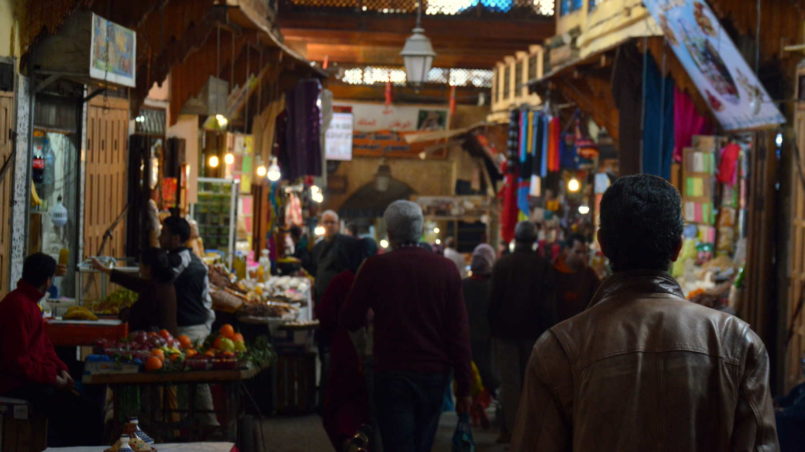 My act of being very sure of myself continued and I pretended to leave, saying that I would take the bus. He then of course laughed again; he said that no bus would be able to take me and he left. Knowing that I was not going to go alone to the city in the evening to find my hostel, I gave in, and offered him all my money.

I felt cheated, weak, and disappointed with myself, because I had not managed to stand my ground. I was already asking myself why I even wanted to go there alone, why I wanted to make things more difficult for myself … 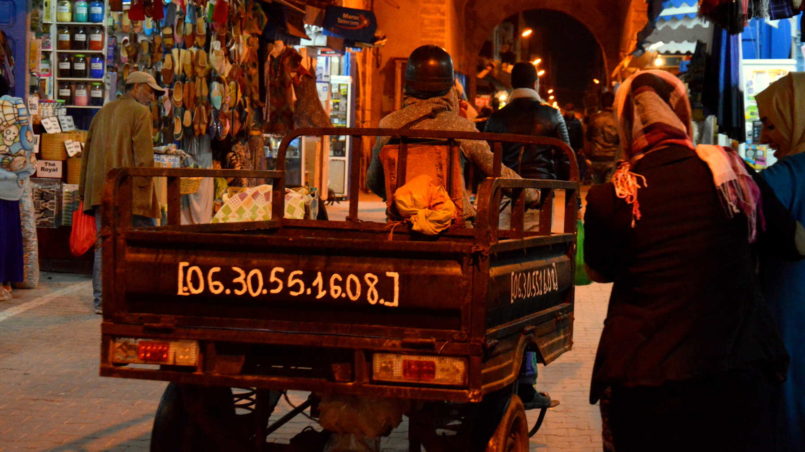 Finally, after he dropped me off in the old city where cars could not pass anymore, I found myself in the middle of life. The street was about two and a half meters wide. I could see about three/four street food restaurants, some piles of olives, some pieces of meat hanging on a rope, old ladies making bread, small kids playing with a ball, various heaps of spices, scooters passing around and a few people watching me. I had a map that was not very useful on the small streets of the old town, but luckily some young men came to show me the way.

When we arrived at the door of the hostel, they asked if I didn’t have any reward for their kindness. This time I was really not lying, I did not have any money on me! They accepted – I think they realized that I was overwhelmed, and a little bit scared, so they wished me a good night and left. Once I arrived in the hostel, and saw the bed I was going to call home for the next four days, I was so relieved to feel safe and protected, knowing I would have a whole night of sleep before I had to confront my fears again. 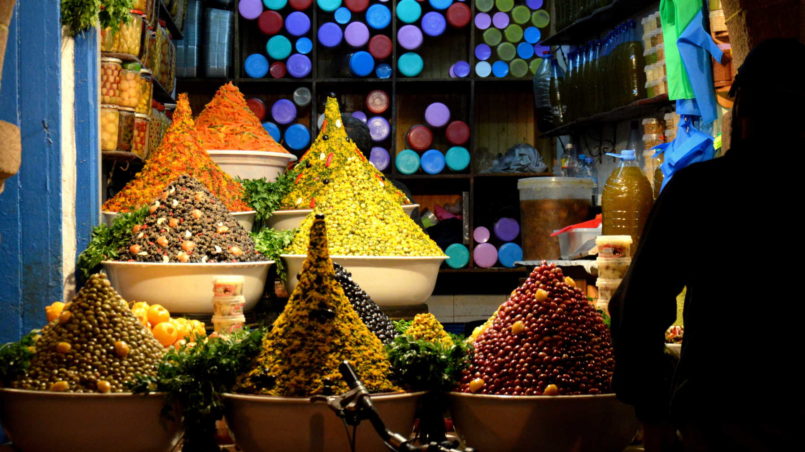 For this whole story to make sense, I think it is important to mention that, during a trip in South Africa about eight months before, my friend was robbed next to me. It happened in the middle of the day, in a street full of people, the police passing by and nobody helped. After that, I always had a feeling of insecurity and fear because the confidence which I had once held – that such an event could not happen without anyone nearby intervening to help – had disappeared.

The impression I had been living under, that if there are people around you, if you are in a central area in the city, and most importantly if the police are around, you should be safe, was dust in the wind. After this incident, I had nothing I could count on. In my head, anything could happen at any time, and nobody was going to do anything against it. And I had decided to go to Morocco alone … 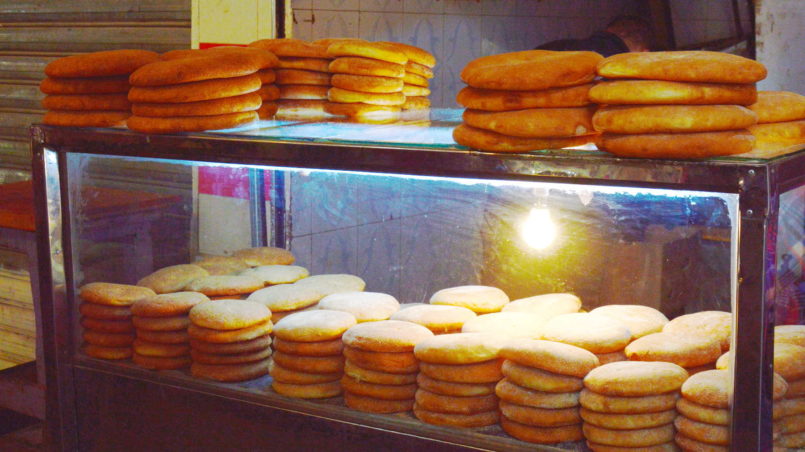