For this whole story to make sense, I think it is important to mention that, during a trip in South Africa about eight months before, my friend was robbed next to me. It happened in the middle of the day, in a street full of people, the police passing by and nobody helped. […]

The impression I had been living under, that if there are people around you, if you are in a central area in the city, and most importantly if the police are around, you should be safe, was dust in the wind. After this incident, I had nothing I could count on. […] And I had decided to go to Morocco alone …

The next day arrived.

It was time for me to go to take out money in order to pay for my accommodation and to buy some food. I only had one bottle of water left. I was reluctant to go out because my insecurity relating to my safety and my ability to manage alone were getting stronger, so I waited a little bit, procrastinated some more, and finally around noon I went down and asked for directions to the closest ATM. I was given only vague information so I looked at my map, and went out confused and scared.

I had decided that I would not use my mobile phone outside too often as I did not want to draw attention to myself. I carried it around, safely tucked away between my trousers and underwear. I was extremely aware of many of the movements that were happening around me… and there were a lot of things going on.

I became very anxious, even more than before; I was memorizing all the little bricks on the walls to know how to return to my accommodation. 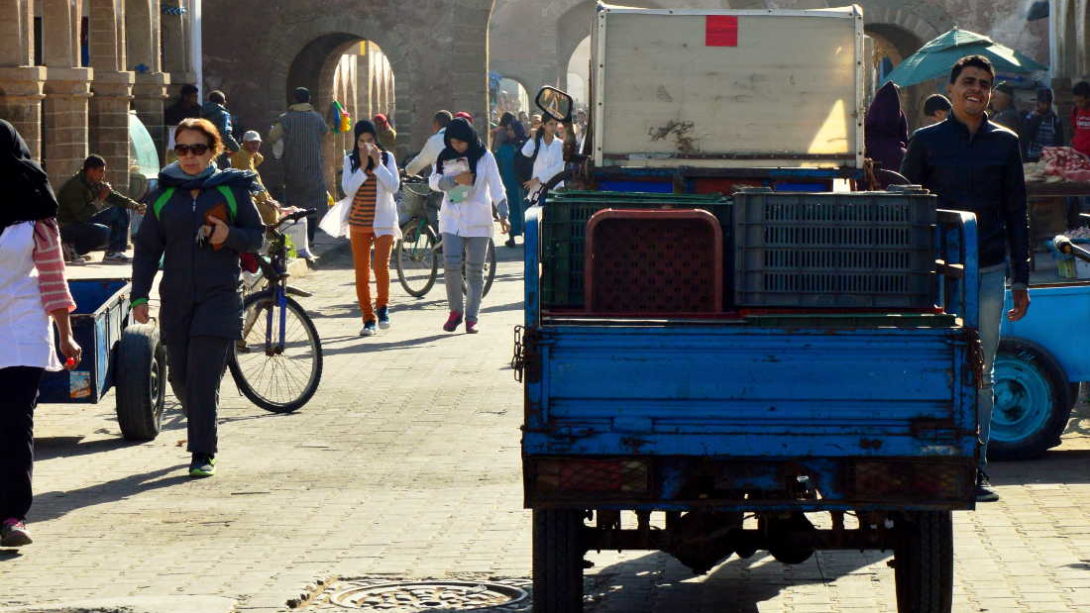 I was trying to attract as little attention as possible. I was keeping my eyes down, I was ignoring the men looking at me, or asking me very insistently to buy their products. I was scared of everything around me. Every person represented a possible attack. I didn’t know if I could trust these people. I didn’t know how they treated each other within their own communities and how they would act towards me, a stranger. Because of my emotional insecurity, I was preparing myself mentally for the worst case scenarios.

I detected a buzzing from the streets but I had no idea where it was coming from. People were talking to each other, scooters were passing by frequently, and there were a few music booths here and there. They were all forming a consistent background noise. 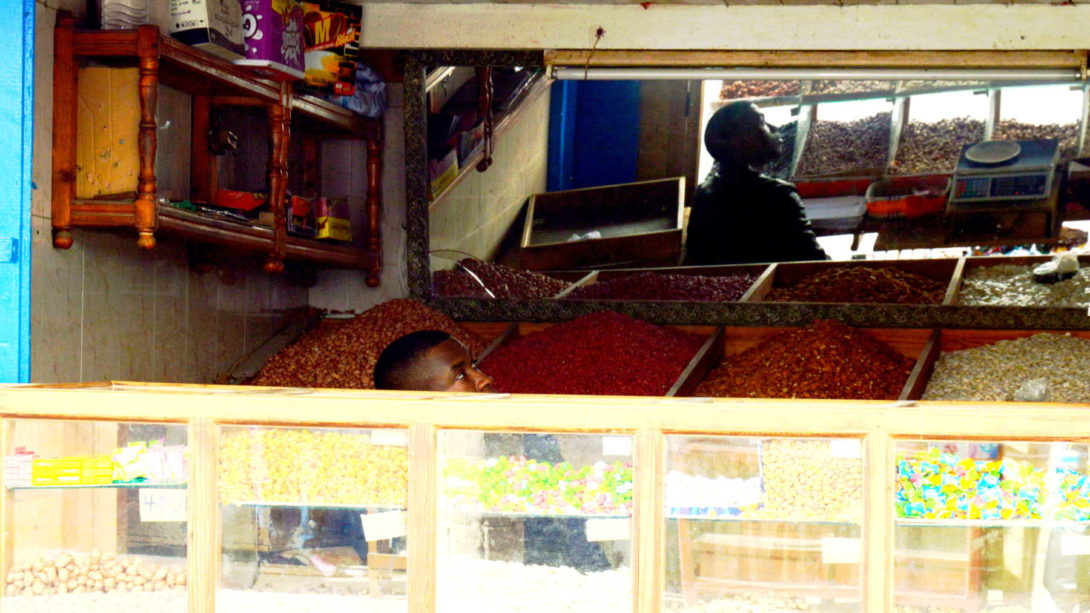 In my head there was dead silence. It was quiet because I was paralyzed by everything that was happening around me. Now don’t get me wrong, I have been in very similar environments, in situations much more dangerous than this, and much stranger than this. And it was all before I knew how many worlds planet Earth is sheltering.

This time it was different. This time I was insecure, I was alone, I had no one to stand up for me in case of an emergency, I had no backup plan, and I had no security blanket. I then realized I structure my life in a way that I always know that if something goes wrong, I have another option. Be it very crappy, but it is a security blanket. And I did not have it here. I had no previous experience of this country upon which I could rely; my prejudice was shifting my emotions in a negative direction; I had little self-confidence; I missed having a travel companion with whom I could talk about any problems; I simply felt lonely and lacking courage. I became aware of all of this and this knowledge was not conducive to a positive state of mind. 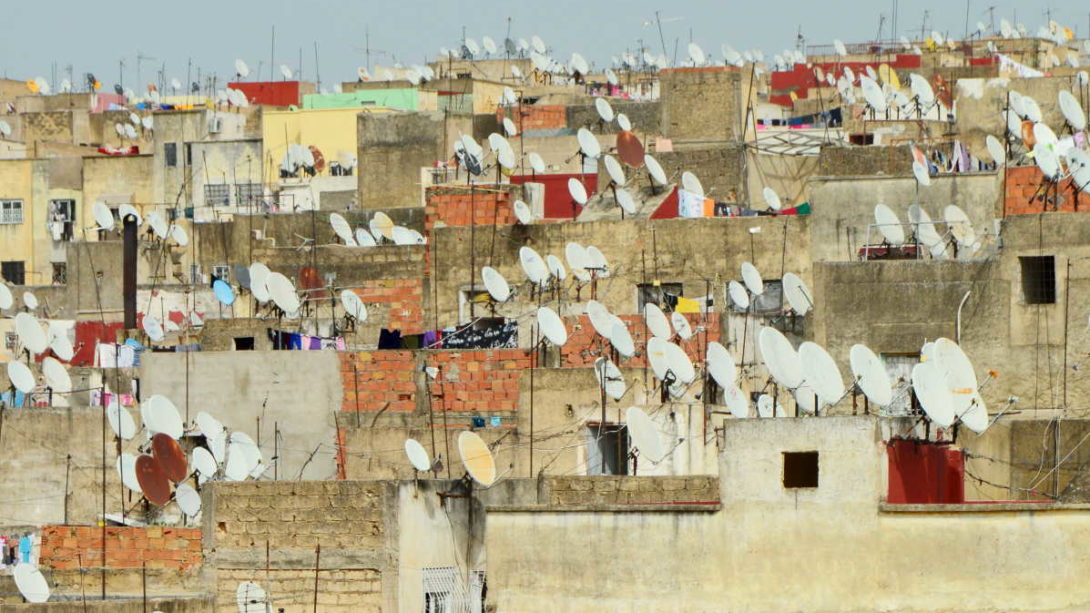 I was looking at everybody passing by me very carefully. At one point, there was a man walking towards me, like tens of others. He was looking in my direction and all of a sudden he opened his arms and started shouting something. My heart started beating at the speed of light, my feet were as soft as cotton and my hands cold and shaky like leaves in the winter. In the next moment, I saw that he was talking to someone further behind me. I had nothing to worry about.

Unfortunately, I was left with the feeling of panic in my bones, I was still shaking ten minutes after it happened. I did my best to calm myself down, to put some rationality in my head, to remind myself of the person I am, of the real normal logical Iulia, not this scared rabbit that didn’t know what to do when faced with her own shadow…

After a short while, I gave up and went back to the hostel. 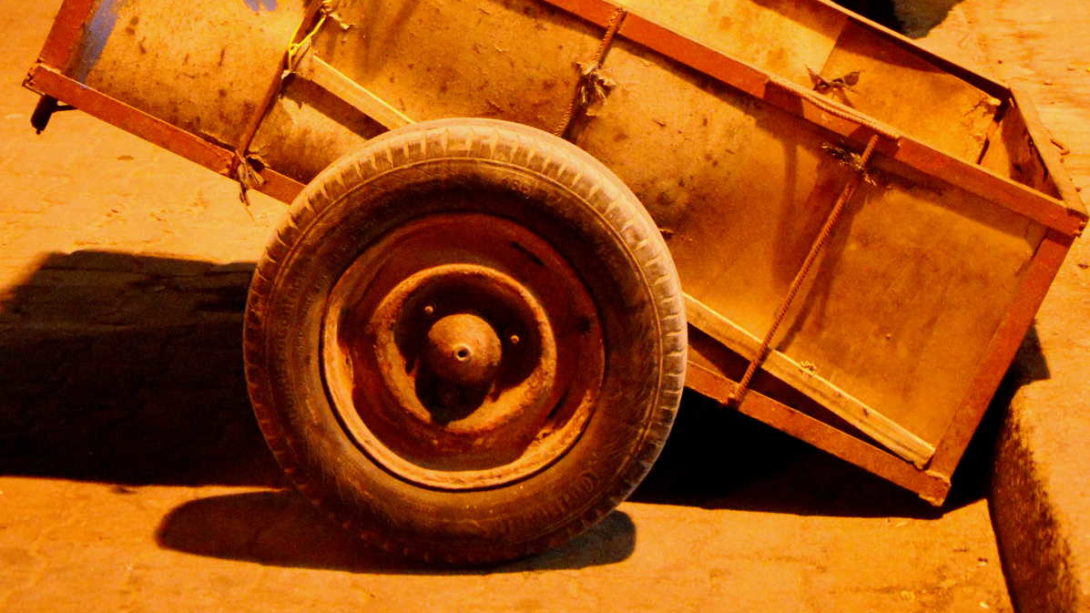 I had a friend who was going to come to Marrakesh the next day. I figured I would just skip eating that day, even though my stomach was growling, I had some water left, so I knew I would survive with no problems. I left it all in the hands of tomorrow when I had to go out and meet my friend – when I no longer had a choice. Tomorrow was also the day when I had decided  to withdraw some money, to eat and behave normally.

Tomorrow I was going to be brave, rational, with my feet firmly on the ground, and I was not going to give in to my own fear. 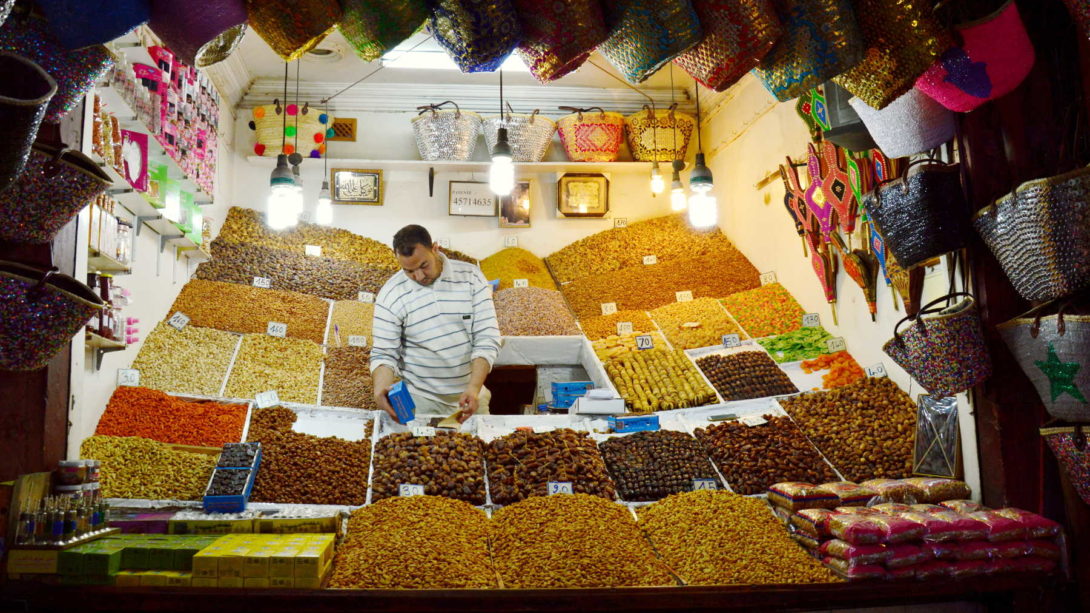 It is very important to understand that what I am writing about is not the reality of Morocco. The reality of Morocco is what you will experience when you go there. I felt as I did because I was heavily burdened with different feelings that I didn’t process in a healthy way. I ask you to read my stories as a self-discovery journey, not as a travel log for Morocco with do’s and don’t’s. 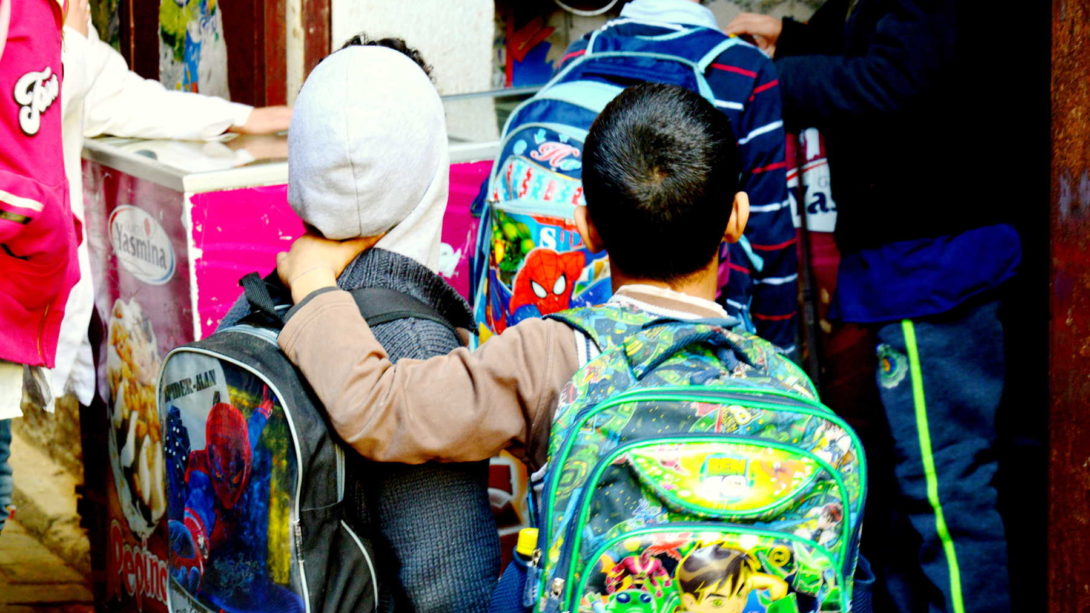