As Ali Soozandeh‘s critical “Tehran Taboo” is currently running at movie theatres in Germany and Austria, I felt the urge to counterbalance the long list of grievances featured in the movie and to talk, for a change, about the bright and light sides of the Iranian capital.

To begin with, here’s a confession: I’ve become a big (non-objective) fan of Tehran. I love its crowdy, over-busy and over-polluted avenues. I love the phlegmatic way Tehranis defy death several times a day when they cross the street or when they clamber on a moving city bus. But most of all, I love all the different ways the inhabitants of this enormous metropolis practise the art of a daily and subtile hedonism.

A couple of weeks ago, as I came back from Tehran after a 2-weeks stay, I went to the premiere of Ali Soozandeh’s animation movie “Tehran Taboo”. No need to say, I was extremely curious about the movie, not only because of its title and its main subject (Iranian women and their struggle for existence and freedom in Tehran) but also because this animation movie had been entirely produced and shot in a Vienna’s studio, using the tricky technique of rotoscoping, in which real-life footages are digitally post-processed to a cartoon-like visual aesthetic. A third reason for me to rush to the Votiv Kino on that cold November evening, was the fact that Martin Gschlacht, whose name was intrinsically connected to great movies, such as Shirin Neshat’s “Women without men” (as director of photography and producer), had collaborated on the movie.

But when I left the cinema on the Währinger Straße on this premiere’s night, I was confused. My feelings could have been summed up within these two words: “Yes, but…”.

Yes, Tehran’s psychotic duality and its ambiguous sexual “so-called” moral can really drive you crazy in the long term, or make you, if not schizophrenic, at least paranoid. Yes, the city is plagued with a record number of pollution peaks, with egregious and shocking inequalities between social classes, between the wealthy boulevards of the North and the suburbs of the South.

Tehran also means: the scenic view of the surrounding Alborz mountains, the unique atmosphere in the bazaars, the art galleries, the museums and an ever-growing number of places where time stands still. Shops, cafés, parks, squares … Places of beauty and hedonistic pleasure. Here is a (luckily non-exhaustive and ever-growing) small selection of my favourite places in the Iranian capital.

One last thing before starting the tour: all you need to get around is googlemaps (no need of a real map, couldn’t read it anyway), a ticket for public transport (cheap and so easy to use) and your kharedji (Persian for foreigner) look, which will often draw amused stares, smiles, occasions to start a small talk on the street, and will help you out of any tricky travelling situation.

You think Tehran has little to offer when it comes to avant-gardist urban architecture? Then check the Tabi’at Bridge, and feel sorry for your home town’s lack of imagination (did I mention I was French?). Overlooking the large Modarres Highway, the Tabi’at Bridge is not just a bridge. In its lower part, this modern piece of architecture hosts, between its pillars, a great number of restaurants and cafés. The upper part is conceived as a pedestrian promenade and connects two green areas of the capital. Go there at sunset to enjoy it at its best. 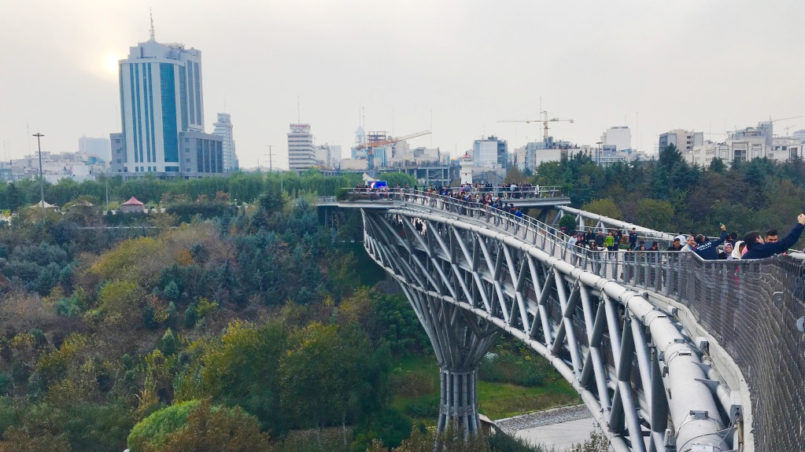 If you’re staying a few days in Tehran, you’ll probably consider staying in the Southern part, which is closer to most of the tourist attractions. Big mistake (in my opinion only!): there are, indeed, many reasons to prefer the northern districts, especially Tajrish: on Tajrish Square, one of the busiest of the capital, you will find everything your heart, your stomach and your eyes could possibly desire.

First and most classical reason to come to Tajrish: to admire the beautiful Mosque of Imamzadeh Saleh , built in a pure Safavid style. 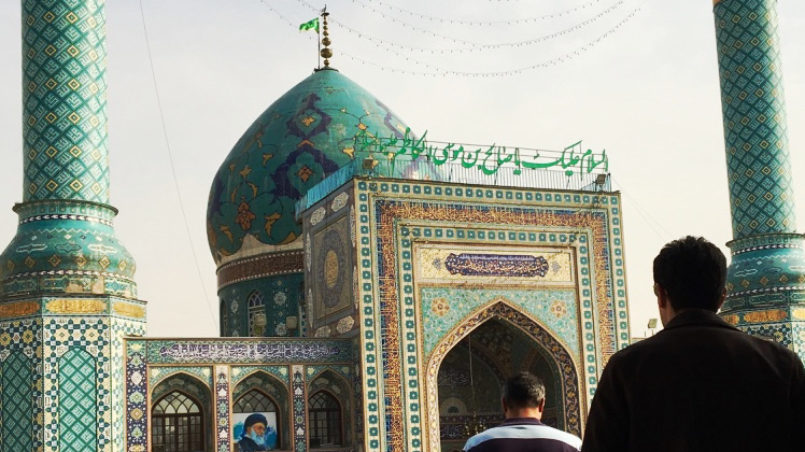 Then, of course, the bazaar.

Bazaar-e Tajrish is the second most important bazaar in Tehran, and its architecture is definitely more pleasant than the Grand Bazaar. Come in the morning to shop for your fruit and veggies with the locals, and drink some tea in one of the tiny “čaykhuneh” hosted under the vaults of the bazaar.

At the northern corner of the square, you can’t miss the dull building of the Arg Center, a luxurious shopping mall, whose focal point is the shaded terrace of the Café Florian, one of the most quiet and hedonistic spots in the neighbourhood, from where you can enjoy the scenic view of the Alborz Mountains. This is the kind of hideaway to look for when Tehran’s getting too overwhelming (and it will, for sure).

Another advantage of Tajrish Square is that you can easily reach several important spots from there.

So you can leave Tajrish by metro, or head southward and stroll down the Vali Asr Avenue, the longest in Tehran, which leads to the railway station in the south (you might not want to walk all the 19.3 kilometres, though). Lively, busy and bordered with trees, the northern part of Vali Asr Avenue is full of cafés, restaurants and all kinds of shops. One of my favourites is the Ladan Confectionery, at the corner of Tajrish Square, for its delicious saffron-based pastry and its assortment of teas (check the one with roseship, cinnamon and saffron!).

Let’s hop on the express bus n°7 leaving from the Square, and head about 14 km southward.