It was Hebron day. A large city in the West Bank with historical and religious sites, with busy markets, factories and much more. I was quite excited that day. I was wondering, “Will one day be enough?” There were so many of us touring together. It took a lot of time to coordinate and organise so many people when we visited a place. I didn’t want the trip to be cut short.

There were some Palestinian participants from Hebron. They were really excited and eager to show us their city. They wanted to tell us how it feels to have Israelis as neighbors. They wanted to tell about their everyday experience; places important to them, places where they go to chill out, and also to show us the places where at times they clashed with the settlers.

We finally boarded the bus to travel to the largest city in the West Bank. I mentioned already that I was quite excited about visiting Hebron. And there were reasons for my excitement. I had been told that it is somehow different from all other cities in the West Bank. Hebron is different because the Arab residents of Hebron city have to encounter the IDF and the capricious military administration every single day. Although this can be the case with all other places in the West Bank, in Hebron the Palestinian Authority does not have any of the rights it was accorded as an interim government (through the Oslo Accord) throughout Hebron. Not only is it denied complete jurisdiction over all matters in the governing of Hebron (as in other places of the West Bank) but it is also denied access and jurisdiction over the entire city of Hebron.

This is the reason why Hebron is considered as having a different status. Because it is divided into two sectors: H1 and H2. The H1 sector is under the Palestinian Authority and is administered by the same. The H2 sector is completely under Israel and is administered by the Israeli Military Administration in the West Bank. A city divided into two. The reason for such division is demographics. The reason is historical. The reason is religion and for sure politics.

I was absorbed in listening to the co-coordinator and trying to understand the complex situation of Hebron, when suddenly he became quiet and looked outside. It was a checkpoint. The atmosphere became grim and I observed everyone’s expression in the bus, but mostly that of the Palestinians who appeared very sombre.

Non-Palestinians might also, and usually do, become anxious and apprehensive while crossing an Israeli checkpoint, because of unpleasant stories of gross violations of human rights at such checkpoints. I too felt anxious and apprehensive. But deep within me, I knew that I was not as vulnerable as a Palestinian. I might be unsafe in that part of the country but still I knew that I was safer. I am neither a Palestinian nor an Arab.

But the situation of Palestinians is completely different from that of ours. They can be held back and detained. They might get humiliated for no reason. They might get battered. They might have to face death. Anything and everything can happen to them when they cross a checkpoint.

It might sound absurd that anything can happen to an innocent Palestinian while crossing a checkpoint. But that is the irony of their situation.

The routine checks were made and our buses were allowed to cross the checkpoint. I believe everyone in the bus felt relieved. These stern faces were replaced with smiles by most of us. Gradually the jubilant mood returned.

We watched how glassware is produced. It was the first time I had seen the process and I was really impressed. After a brief tour of the factory, everyone got busy buying beautiful glassware and ceramic souvenirs.

After a while we boarded the bus and left for Hebron city.

With the prior information that was passed on to us about the situation in Hebron, we were instructed to stay close to the group and not indulge in any behavior that might attract the attention of IDF soldiers.

The place where our buses stopped and where we gathered before starting our tour of Hebron was adjacent to a barricade separating the H1 sector of Hebron from H2. We could see Israeli soldiers guarding the place. 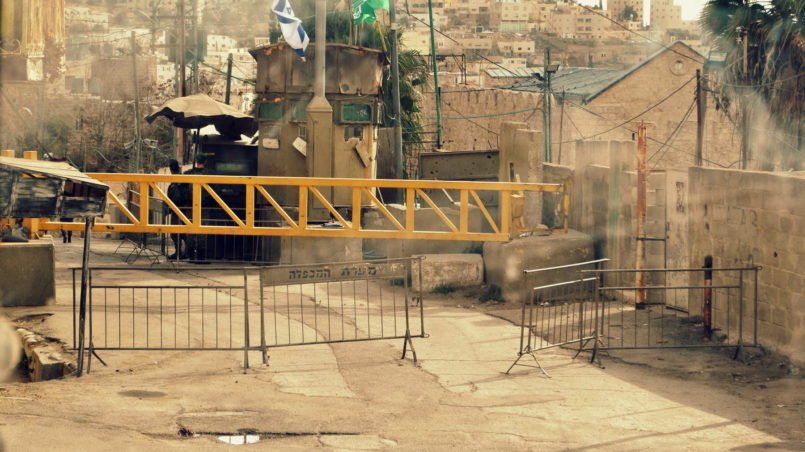 We started to walk around the city, i.e in the H1 sector. We wandered around narrow alleys with shops on both sides, small markets and residential areas. We came across a bunch of kids who were very excited to see us and they asked us to take their photographs. They looked happy and playful. 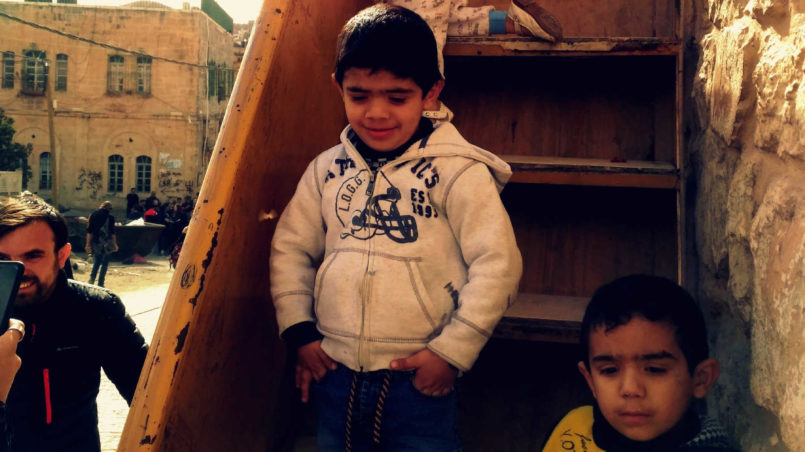 I realized that there is a difference between the children of a Palestinian city and those who live in refugee camps. The children in refugee camps refused to be photographed in an outright manner and had stern expressions on their faces. Life in refugee camps is obviously harsher and encumbering, and it maybe makes the lives of children bereft of innocence and playfulness.

The children in the refugee camps had already experienced more pain and suffering than middle-aged people in other parts of the world. How can we expect them to be full of innocence and playfulness, unaware of the struggles and difficulties of life?

Only while touring in Hebron did I discover that the city is highly venerated by Jews, Christians and Muslims for its association with Abraham.

In fact for Muslims, it is one of the four holiest cities, while for Jews it is the second holiest city after Jerusalem. The traditional burial sites of the biblical patriarchs and matriarchs are located in the city of Hebron, within the Cave of the Patriarchs which is a series of subterranean chambers. 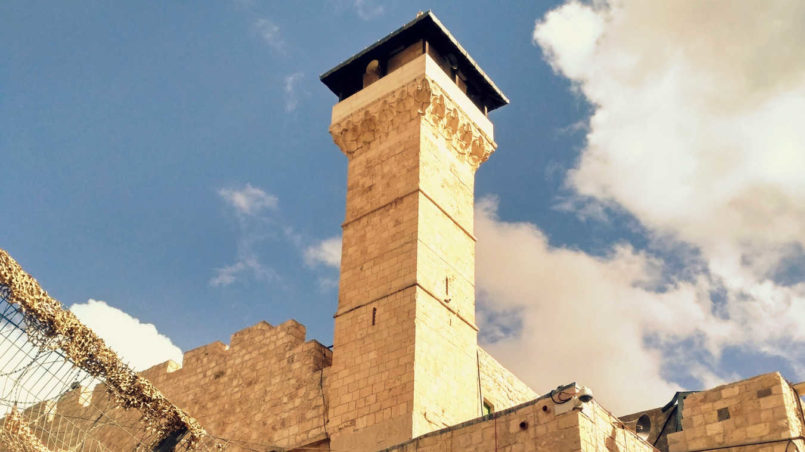 We stood outside the Ibrahimi mosque, waiting for our turn to enter the mosque. The site was completely surrounded by IDF soldiers, who control the access to the mosque.

It was weird to see soldiers carrying guns and standing outside a holy place. But what is more weird is that there are checkpoints at the entrance of the mosque and IDF soldiers subjects local Muslims coming for prayers to interrogation and usually deny them entry. In fact, we found out that even the mosque workers are very often denied entry by the IDF soldiers. 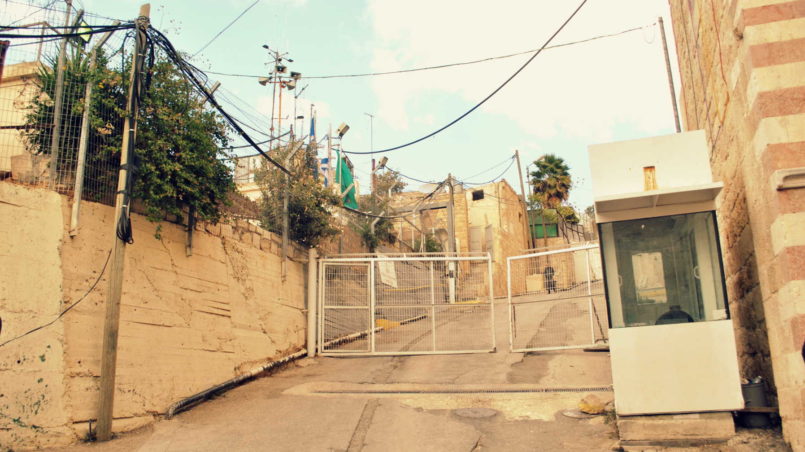 It was our turn to visit the mosque. But we were not checked or interrogated or denied access. Our experiences were completely contrary to what we had been told by our Palestinian friends. If you don’t want to seriously think about it, then it might seem as if stories are being made up and incidents exaggerated by Palestinians.

The one thing I always kept in mind while touring around Palestine was that I was a part of an international delegation, which had been permitted by the Israeli government to tour around Palestinian cities in the West Bank. This meant that Israel was completely aware of our itinerary and would not indulge in any activity that would validate Palestinian claims of oppression and injustice by Israeli forces. This was also the reason that we did not encounter any adverse situations while crossing checkpoints.

We finally entered the mosque. Some started to pray and others began taking photographs. The entire complex is now divided into two parts. The Isaac Hall now serves as the Ibrahimi mosque, and the Arabic name of the complex itself reflects the prominence given to Abraham, who is revered by Muslims as a prophet and patriarch. On the other hand, the Abraham and Jacob Hall now serve as a synagogue. We could only visit the Isaac hall.

Within the Cave are the double tombs of Abraham and Sarah, Isaac and Rebecca, as well as Jacob and Leah, who are considered the Patriarchs and Matriarchs of the Jewish people. The tomb of the Jewish matriarch Rachel is missing, as it is believed that she is buried at Rachel’s Tomb near Bethlehem.

The most interesting thing for me was the way Muslims and Jews pray under the same roof, separated only by a wall; and yet they are not ready to accept each other. I was naive to think that people fight for and because of religion. This cannot be. They worship the same prophets under the same roof. But still they refrain from accepting each other. People fight for other reasons and use religion as a scapegoat. My opinions might sound naive. Yes, my opinions might be naive because I am trying to understand and the process is ongoing.