Counting down each second and staring at the clock hanging on the office wall again and again, I was waiting for the longer hand to be at 12 and the shorter at 3. I was doing so because I had to leave the office quickly at 3 p.m. as it was a Friday, which meant I could leave work earlier.

As the next day would be Saturday, I would get the opportunity to spend my time with my parents, my family and my relatives. Moreover, for me home is home. It feels like heaven to be at home. The delicious food that my mother lovingly prepares for me is the loveliest thing in this world to me. Even the nectar in grapes cannot be so sweet for me. Before I make you feel more jealous describing the magical meals that my mother makes, I have to tell you that it was already 3 p.m. in the office.

It was time for me to switch off my laptop, lock the drawer of my desk, close the rack within the office and to leave my office for the weekend. In order to get to my “home-sweet-home”, I first had to drive for 45 minutes and then walk for 2.5 hours from Chaurjahari, the place in the Rukum district where my office is located.

Although Chaurjahari and Kudu are 20 minutes apart in terms of walking distance, they belong to two different districts i.e. Rukum and Jajarkot, which are separated by a great river called Bheri in Nepal. 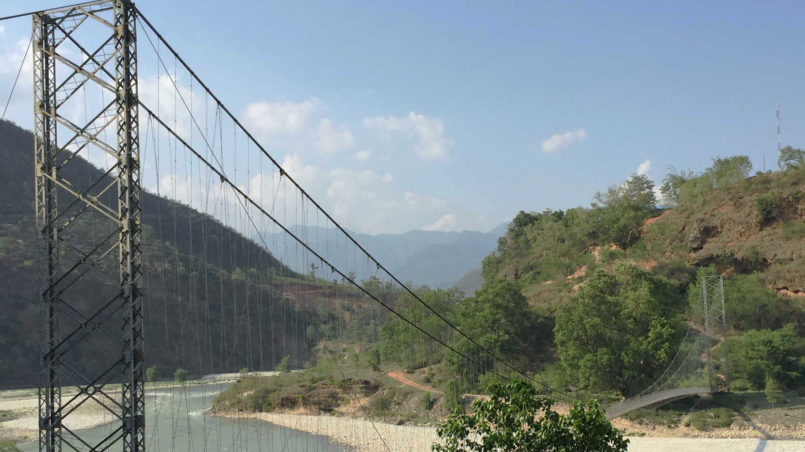 While I was walking uphill, I met an old man who was carrying a blanket in his left hand and a stick in his right hand. He was having great difficulty in walking uphill. As I was walking towards him, I saw that one of his had slipped out of his shoe. That old man tried his best to get his foot back into the slipper but he couldn’t manage as his whole body was trembling because of his weakness. He dropped his blanket that was in his left hand. He bent down very slowly and with his left hand he tried to get his foot into his shoe but his blanket, which he had placed on the ground, began to roll downwards. It left the footpath and landed in a wet spot that was very slippery. Because the old man was concentrating on his struggle to get his shoe back on, he didn’t notice that his blanket had already reached the slippery area. 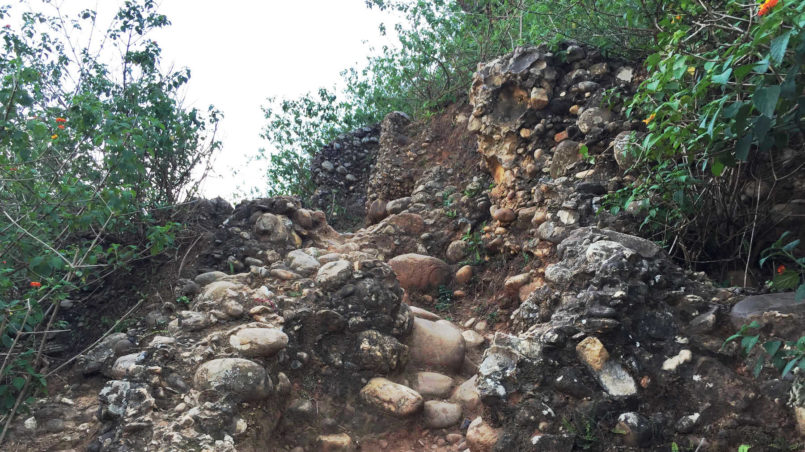 I felt really sorry for him and ran towards him. Immediately I caught his right hand and helped him to stand firm and in this position and with my help, he was able to put his foot in his shoe. While he was doing so, he stared at me and I could see his sweat dripping down his old tired face. Before I asked him anything, he turned backwards and asked about his blanket. I pointed to where his blanket had landed and, as soon as he saw it, tears started to fall from his eyes. His eyes were full of tears. The sight of a very old man with tears in his eyes was really tragic for me to see.

Although he was crying and the tears were running down his face, he was quiet and silent. He didn’t make any sound. But the tears in his eyes were unstoppable.

How could I watch this for long? His eyes were filled with tears but those tears didn’t take a straight path down his face because the deep wrinkles in his face did not allow this. His tears spread over his two cheeks, which, within a few seconds, were totally wet. But after sometime they became dry again. I guess the rough face of that old man, which seemed to be damaged by cold air with dust particles, made his tears dry faster. But, nonetheless the tears continued to fall.

I couldn’t stop myself and asked the old man why he was crying. In a very weak voice he told that it was only the blanket he had at home and that he used it all throughout the year to cover his body, day and night. After a short pause, he added, “I washed this blanket myself and it was a very hard task for me. There is nobody to help me. Now how can I get my blanket back and wash it again?” I was completely shocked to hear him say this. 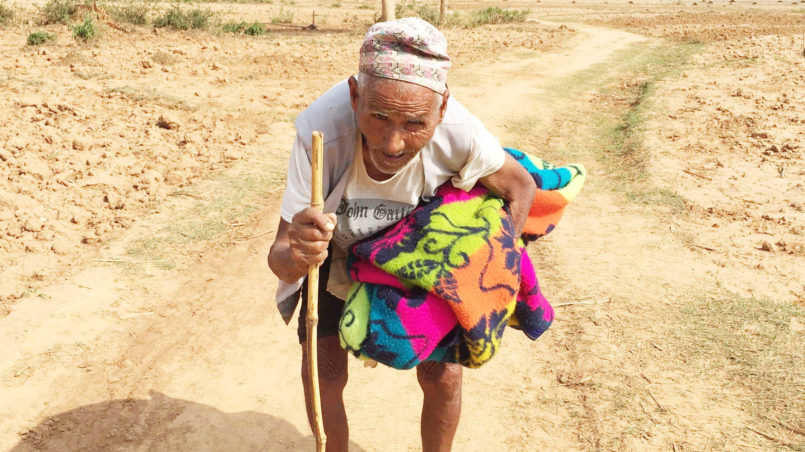 I thought it was just a blanket, but for him, that blanket was everything. It was the thing to sustain his life every day. Before he could speak another word, I told him that I would help him to get his blanket back and that he should not worry.

I also told him to sit down on a nearby stone. I walked downhill very slowly and carefully to reach his blanket. Luckily there was a long stick near the slippery area and I used that stick to help me reach the blanket very carefully. Finally, the blanket was in my hands and I felt very happy to return that blanket to that old man.

Now, the old man and I started to walk together. I was carrying only one bag on my back so I was able to help him to carry his blanket with one hand and support him with my other hand until we reached the top, where we could see the plains of Kudu. On the way to Kudu, I started to ask him about himself. When he told me about his struggle in life and about his family life, I was again completely shocked. I felt that if I were in his place, I would have already hung myself from a tree or thrown myself from a bridge into the river. 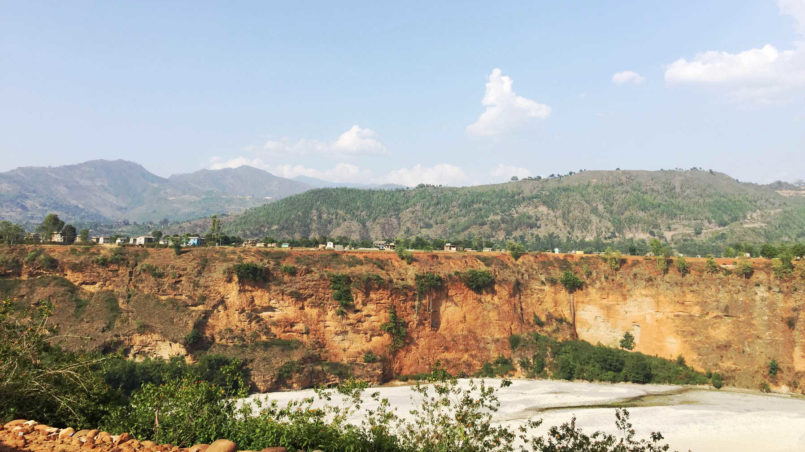 Such an extreme level of pain and loneliness would make me crazy. I would just burst like a volcano and my body parts would fly like molten lava. I would only have survived either among the ashes on the ground  or as a memory for those people who every second hated and caused me suffering throughout my entire life.