A few months ago one of my articles entitled, “I too Have a Dream” was published.

I don’t know how many people read it, liked it or just found it a waste of time. They might also have considered it to be an article about a dream only. I read one of the comments by a reader of the article who said that the dream was very impressive but it was totally impossible to achieve. I agree with him to 99% so not completely. Regardless of whether or not all my dreams come true, I have one dream which can never be impossible and that is my dream to help the poor and the weak.

After all the word “impossible” itself says “I-m-possible” and it is also said that there is nothing in this world which is impossible. Now, in this article, I would like to report briefly on my modest effort to live out my passion and my interest of work. In actual fact, it’s a report of my first official tiny contribution to providing social aid to poor and helpless people in a disadvantaged community.

One day, when I opened my Facebook account, there were three messages in the inbox of my official Facebook page, “Maternal and Child Health Promotion Project“. Among these messages, one was from Kiran Nagra, a member of staff of the Project Rishi which is a US-based organization, one from Sunil Pun, the Asian Program Officer from the Al-Khair Foundation, a UK-based Muslim organization and the third was from my boss, Aashis Kunwar from our head office in Kathmandu.

I had to respond to each of them accordingly. I replied to the Project Rishi via Facebook messenger about our experience in working in the maternal health field in Rukum and asked them to contact me through my official e-mail if they wanted more information.

Regarding the collaboration with the Al-Khair Foundation, I informed my boss in Kathmandu about this, because such a decision could only be made by him as the individual responsible person for such matters. Later, I also found out that the Al-Khair Foundation had also contacted me by email. In response to the message from my boss, I asked him to send the hygiene kits to Rukum as soon as possible.

Finally after 3 days, on 20th June, 2017 the hygiene kits arrived at the Chaurjahri Hospital in Rukum. I immediately called my boss to let him know that they had been delivered safely. He informed me that I should distribute the kits to a community where they were most needed. In total there were 15 hygiene kits and in each kit there was a sanitary pad, a towel, a handkerchief, a toothbrush, toothpaste, a comb, nail clippers and soap. 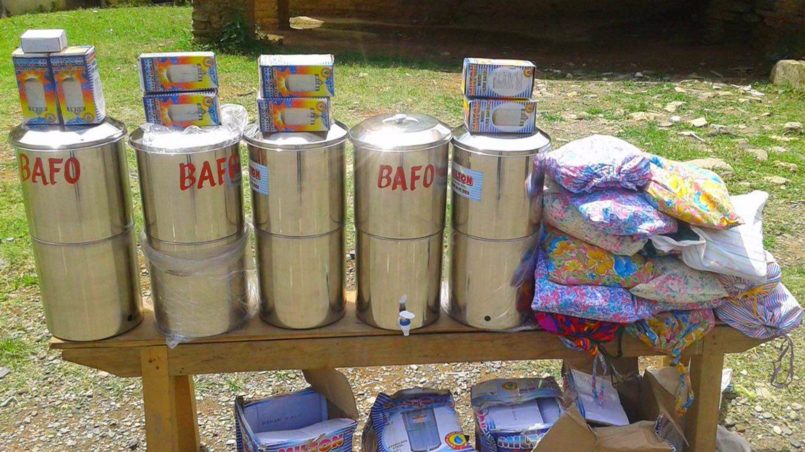 Now, I had to think about where I should distribute them and, after wracking my brain for a few minutes, I decided that it would be best if the kits were sent to a community in the Jajarkot district because it is listed as one of the most remote districts of Nepal by the government. Moreover, it is also a community where the people have to live under very poor hygiene and sanitation conditions. It is also the place in Nepal with the highest number of epidemics of communicable diseases. I thought that some people in this communtiy would benefit greatly from the hygiene kits.

While thinking about where to distribute the hygiene kits, I came up with the idea of distributing them in one community of Jajarkot district where I was born.

After all, mother and motherland always come first. Finally I made my choice – the Sakla ward (my place of birth) of the Barekot community – to distribute the kits. While thinking about a plan to do so, I realised that the people needed more than that which was in the hygiene kits and I decided that I would add something that I knew the people needed, namely filters. I chose to buy filters because at this time it was monsoon season in Nepal and this results in water sources becoming highly polluted. I thought that if I provide filters, people could use them to purify water which would prevent different types of water communicable diseases from spreading. Altogether I bought 5 filters for distribution because I didn’t have that much money. Each filter cost Nrs. 3,500, which is approx. $30.50. 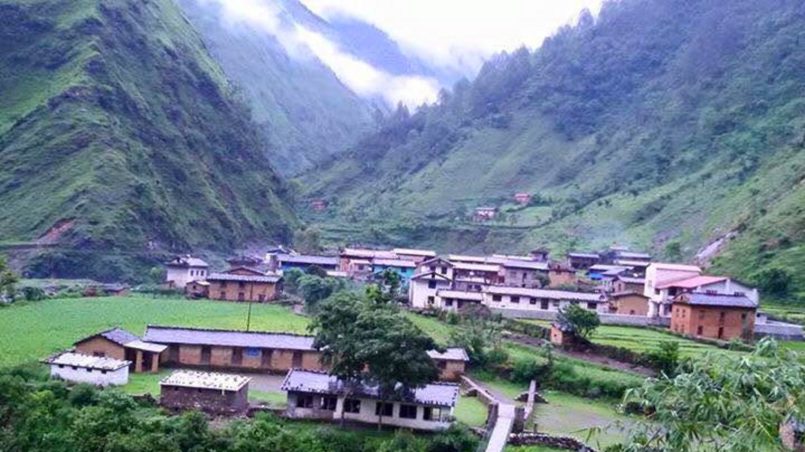 The materials for distribution were ready. The place was also already decided. The only problem was how to transport the materials to the distribution points which were a considerable distance from the Chaurjahari Valley. I knew that it would take two days to reach the distribution point, half a day by vehicle and one and half days on foot. Also, because it was the monsoon season, this meant that it would be highly risky and very dangerous to travel because floods, landslides and streams can block you on your way. Therefore, the most challenging part was still to come.

Stay tuned for the next part, “My First Social Contribution”, which you will have the chance to read soon!