In Europe there is an “end-time” atmosphere, which concentrates on a conflict that was summarised and forecast – if not evoked – by Samuel Huntington as the “Clash of Cultures” in the ’90s.

In general, politics and the media paint the image of an enlightened Western society, threatened by a barbaric, violent entity: Islam.

In the meantime, this word has become so laden with connotations that for many people a clear view of this religion and its associated culture is no longer possible.

For Idealism prevails, I wanted to speak to a person who really knows their way around this topic. Petra Wild is a scholar of Islam and spent a long time living in Islamic countries.

Ms Wild, I often feel that we have a very narrow view of Islam. You decided some time ago to study and explore this culture and religion from both a scientific and analytical perspective. What motivated you?

My interest is above all political, and especially in the Arab world, not so much on Islam itself. I first became interested in the region at the time of Israel’s first Lebanon war in 1982.

This was the first war I consciously experienced as a young person and whose brutality – the permanent bombardment of the capital Beirut, 20,000 dead in the civilian population, the massacres in the Sabra and Shatila refugee camps – appalled me so much that I began to look into the Palestine issue.

Islam did not interest me and hardly played a role. I was active in the left-wing scene, and internationalism, anti-imperialism and solidarity were very important to us. Because we ourselves fought for justice and for liberation, we showed solidarity with all who also did so. During the first Intifada from 1987 to 1993, I spent one year living in Palestine.

The country is beautiful and the Palestinians are very impressive as they have managed to preserve their warmth and humanity in the midst of all the terror exercised by Zionist settler colonialism. I especially liked their resistance and their black humor, which probably develops in all societies which have to permanently live in the face of death.

Even when I started studying Islamic Studies in 2000, after gaining my “Abitur” (final leaving exam) at night school, I was not chiefly interested in Islam, but in the Arab world.

Although I have come to find Islam very interesting in the meantime, my attention still centres on politics. My main focus is the Palestine issue as well as resistance and revolutionary struggles in the Arab world.

Much is written and said about “Islam”. Is there any such thing as “Islam” at all?

Since Islam is so diverse, this question is in fact repeatedly discussed by believers and scientists. In Islam, no central authority comparable to the Vatican has emerged, quasi determining what Islam is from the top down. Islam is based on the reason of man, on the mature believer who does not need any intermediary between himself and God. Accordingly, plurality belongs to the essence of Islam. Muslims constantly re-negotiate what Islam is. How Islam is interpreted is for the most part influenced by political and social conditions, and this interpretation is never uniform.

Islam spread over several continents at an early stage, mixing itself with the respective traditions and cultures. The early Muslims were more influenced by pragmatism than by missionaries. When Islam came to the Indian subcontinent from the eighth century onwards, where several Muslim empires had emerged over the course of time, the Indian religions were also recognised, although in the Koran only Jews and Christians are recognised as “people of the book” and “polytheism” is strictly prohibited there. This alone shows that Muslims have never literally understood the Koran, as is often insinuated in the Western world today. Because of this pragmatism and tolerance, very different manifestations of Islam have emerged.

Over the course of time, two major currents have emerged, based on a different understanding of Islam: the Sunnis and the Shiites, which in turn have different ramifications.

The name Sunnis refers to the Sunnah, the traditions and practices of the Prophet, which plays a decisive role for the Sunnis. The Shiites refer to the Fourth Caliph, Ali, who was also a cousin and the mother-in-law of Muhammad, and his descendants. From the perspective of the Shiites, Ali should have succeeded Muhammad, but he was deceived.

Since the Shiites have always been suppressed in history, the themes of justice and resistance to oppression have shifted to the forefront of Shiite Islam. Between the eighth and eleventh centuries, there were a series of social reform and revolutionary movements that fought under the banner of Shi’ism. In the ninth century they founded the Qarmatian Republic, where there was common property and which existed until the eleventh century. The Qarmatian Republic was described by some Western and Arab scholars as an early communist experiment.

There is also a rich mystical tradition in Islam – Sufism, which was the dominant form of Islam for a long period of time. Sufism has produced a fascinating mysticism of love and enchantingly beautiful poetry – Jalal al-Din Rumi and Omar Khayyam being probably the best known. An important mystic was also Rab’a al-‘Adawiya from Egypt.

Today, there are powerful forces that claim to define Islam as a whole, especially Wahhabi Saudi Arabia, which has been trying to implement its strict and relatively literate reading of Islam for more than 50 years. The Islamic state and al-Qaeda can be regarded as terrorist offshoots of Wahhabism, which is firmly rejected by the overwhelming majority of Muslims.

The importance of Islam is exaggerated. Religion is merely one factor in the identity of people and the structure of societies. The class question, the brutal neo-liberalism practised by most Arab governments, and the north-south conflict shape the lives of people much more fundamentally than “Islam”. Palestinian society, for example, has, above all, been shaped by the Zionist settler colonisation for 120 years and not by “Islam”.

When political struggles are nowadays led under the banner of Islam, this is due to the fact that there are no more liberation theories and concepts. In the 1960s, socialism had a broad foothold in the Arab world. In the 1970s there were strong left-radical liberation movements in some Arab countries.

‘Islam’ is never the cause of fighting or terrorism but, by being declared the cause in Western propaganda, it can be used to distract from the real causes: the devastation left behind by European colonialism and neo-liberalism as well as the ongoing wars in the region.

Since 1948 there has been a major war in the Arab world every ten years – mostly led by Israel until the 1980s, and by the USA and its allies since the 1990s. Since 2001, the Arab world has been sinking into bloodbaths, but this has very little to do with “Islam” and very much to do with Western hegemonic politics.

What makes matters even more confusing is that, since the 1950s, the USA has also repeatedly relied on a reactionary variant of Islam to push back the socialist-toned Arab nationalism, liberation movements and communism. All sides use “Islam” for their political purposes. But you always have to look closely at what it really is.

The second part of this interview will be published on 29th May 2017 for Idealism prevails. 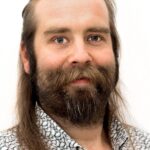